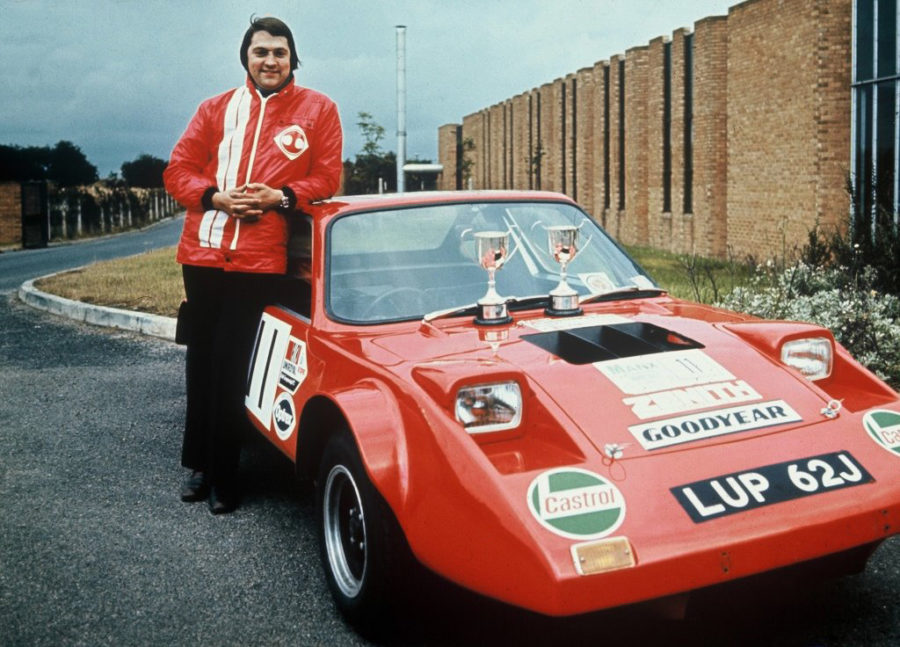 Did they really rally that?

In this new series we are going to look at unusual rally cars, some that were successful, some not, but equally the teams concerned have to be applauded for taking a different route from the rest.

From the late sixties to the eighties, the Ford Escort ruled the rally stages, you had to be brave to rally something different. But if you could challenge the blue oval in another kind of car and be successful, boy would you get noticed!

In 1972 a kit car with a Hillman Imp engine and suspension, an ultra lightweight monocoque chassis created by engineers behind the all conquering Lotus 72 Grand Prix car, did just that. It challenged the might of the works Ford Escorts, it was the Clan Crusader, a tiny, low slung rear engined sports car with just enough room for driver and navigator.

The power from the 875 cc Hillman Imp Sport Coventry Climax derived engine was only in double figures but mated to the GRP none metal light chassis the car was agile, giving the driver not just confidence but allowing the pilot to be tenacious. If more power had been available the little Clan would have used it without fear of compromising it’s precise handling, even on the loose!

It was light yet strong.  The Geordie Crusader built in Washington, County Durham had its GRP monocoque body constructed in two parts which were joined together using a revolutionary clamshell moulding technique. At the MIRA test facility they threw it head first into a solid wall at 30 mph and there was just .8 inches of cockpit distortion when at the time 5 inches was allowed for road cars in the test.

With the 51 bhp Imp Sport engine distantly related to the Coventry Climax FWMV power-plant, it had great DNA, the little car could almost top 100 mph in standard form going from 0 to 60 in 12.9 seconds. Once rally ace and top engineer Andy Dawson had pounded round MIRA in a 1000 mile test tuning the Imp front swing axle and rear semi trailing arms, then sorting the spring and damper rates, the car was ready to hold its own in competition.

The car was designed by a group of ex Lotus engineers led by Paul Haussauer, stylist John Frayling and engineer Brian Luff one of the talented men behind the Lotus 72. The car started it’s production in 1971, in 1972 it would cost you £1361 but in kit form £1125 as you could avoid the Purchase Tax.

It’s build quality and specification were impressive and the motoring media heaped praise on the Clan Crusader.

Order books filled, the company was flying but then came the miners strike and the oil crisis which combined with the introduction of VAT, sent the UK into a downward spiral. Despite this Clan hung on for while, Clan distributor and ‘larger than life’ racing driver Gerry Marshall, drove a car from Edinburgh to Marble Arch on a tank full of fuel. 408 miles on just six gallons of petrol which meant it was delivering 68 miles to the gallon, a figure we would be delighted with today! It was a great publicity stunt that proved the car was quick yet frugal, but the company was in trouble despite good sales.

Manufacturing ceased in 1973 following production of 340 road cars and 18 competition versions which proved the breed beyond doubt.

Andy Dawson navigated by John Foden proved just how quick when Andy used a Coventry Climax engine loaned by his then employer Chrysler and hung it in the rear of the Clan Crusader, the famous prototype Crusader registration LUP 62J.  The pair and the car exceeded all expectations and finished an incredible second overall on the 1972 Manx International Rally.

It didn’t end there, Alan Conley won the incredibly competitive Tour of Mull the same year going on to win the Derwent Star Rally in 1973. The car became a star of night road rallies with drivers being successful in many types of motorsport. Mike Hinde won the 1973 BARC Production Car Trials whilst, there was an epic win on the Jim Clark Memorial Rally for Donald Heggie.

Away from the stages, Kenny Allen won the British Caledonian Modsports and GT Championship in a Clan Crusader.

Long after the factory closed Crusaders were still competing. Some still compete today. Dave Williamson followed the news of the great Clan Dawson second place on the Manx. When he returned from his tour of duty in the Far East with Shell in 1973, he was keen to get back into road rallying. At the time, the Motoring News Championship was in full swing and the Mk1 Escort was the car to beat, everyone used them.

Entries were oversubscribed, so to use a car that was a bit different increased your chances of an entry. Dave visited the Clan factory in Washington Newtown looking to purchase a new rally prepped Crusader. Shortly after the trip and just before he wrote out his specification to the factory, Dave received, a call from Andy Dawson. Andy being the shrewd operator said he had heard Dave was on the hunt for a Clan Crusader and that he had the blessing of the Clan Motor Company to offer him LUP 62J at a very attractive price! He added that not only did the car have a well documented history but that it would catch the eye of the organisers and Dave would get entries.

And so he did. Dave was usually accompanied by the late Tony Straker as navigator, the crew often being referred to as the ‘Dawson Clan’ or the ‘Manx Clan’ the car and crew certainly got the attention. The car was in frequent action up to the mid eighties, later appearing in classic rallying.

Dave Williamson affirmed what a great purchase the car had been, competing in well over 250 events, his wife Joan accompanying him becoming a top navigator in her own right.

The unusual rally car in this case, the Clan Crusader, became the more than something different, it challenged the establishment and won. 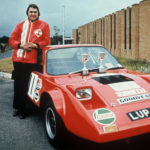 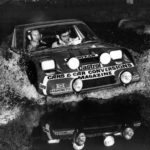 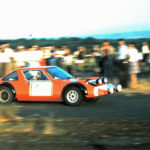 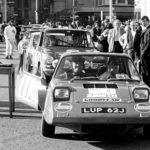 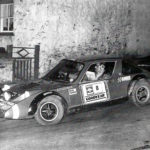 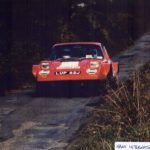 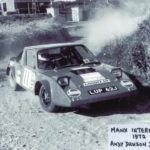 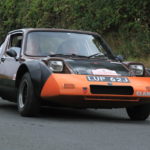 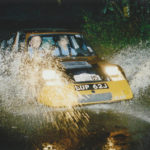