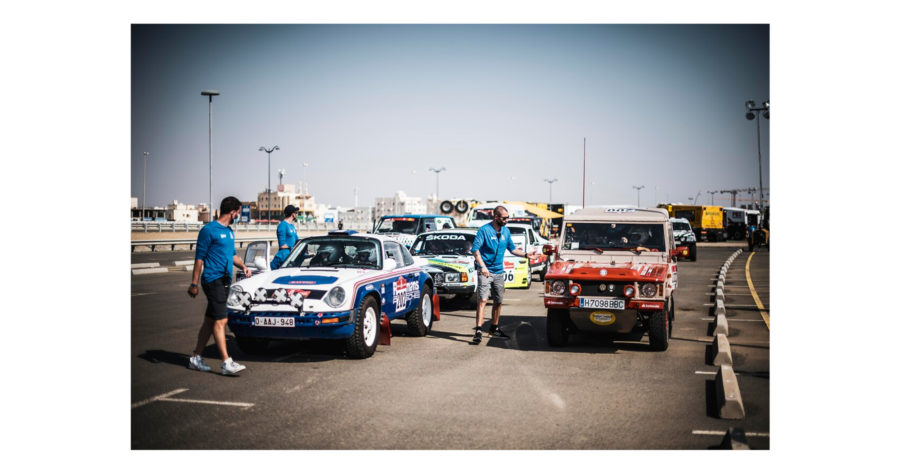 The hot deserts of the world are strange places, vast and unforgiving and the most alien of earth’s landscapes. To be lost there would be tantamount to some sort of purgatory, forced to wander the hot sands and stare into a never changing landscape. Through desperation and dehydration, the mind can play tricks on the helpless traveller, conjuring spiteful and cruel apparitions; the mirage. But what’s that fast approaching? A cloud of dust on the horizon and the distant sound of a high-performance engine? Surely not. Now getting closer, bigger and more audible, the definite silhouette of a fast-moving desert machine, or truck, or perhaps even motorcycle. As the dust cloud looms large and the noise of internal combustion reverberates off of the dunes a desert racer careers past our stranded traveller and disappears again, almost as quickly as it has arrived. This is no illusion though, this is the Dakar Rally Raid, and it has been delighting (and probably confusing) Bedouins and travellers alike since 1978.

Formerly, and probably better known as, the Paris-Dakar, this (somewhat) annual event has captured the imaginations of millions since its inception, and continues to do so. A look down recent entry lists is all that is needed to inform the un-initiated of its status, with names such as Fernando Alonso, Carlos Sainz and Sebastian Loeb choosing to take on the desert, in the events current home of Saudi-Arabia. Before them though, many others have pushed themselves against the sands in the event’s original incarnation and its move to South America after threats to security in Africa.

Born out of the era of the infamous World Cup Rallies, the Paris-Dakar was and is one the world’s most complete endurance events for motor vehicles and these days is the pinnacle event of its kind for contemporary vehicles. This year though, Dakar looks to its past, with a class for classic vehicles, and whilst it is of course nowhere near as well subscribed as the other classes, there are still 24 entries, and the sands will bear the wheel-tracks of Sunhill Buggies, Mercedes G-Wagens, Mitsubishi Monteros and of course Pajeros.

This time out 310 took to the start line in Jeddah, an impressive entry considering the state of the world currently. The inaugural event 43 years ago attracted a field of 182, with less than half making it across the Sahara Desert; just 74 finished. That year the field was made up of privateers, pitting their vehicles, their finances and their safety against the challenge of the Sahara. It was won by Frenchman Cyril Neveu, on a Yamaha XT500 motorcycle, and he would continue to win a further four events as the Dakar grew in popularity throughout the 80’s. Star names were attracted to the adventure of the event, such as Le Mans winner and F1 driver Jacky Ickx, but for the first ten years it remained very much about the privateer every-man, until the involvement of Peugeot in 1987, winning with Ari Vatanen, sparking a domination of the event shared between themselves and Citroen.

These days the field of high-tech machines, emblazoned with sponsor logos would be hardly recognisable to the first pioneers of the event. The car category in particular showcases just how far the vehicle designs have come, and whilst they may bear the names of their road going brethren, they resemble something more akin to a lunar vehicle. In the early days though, almost anything went, with the winners list showcasing everything from exotic Porsche 911s and 959s, to G Wagens, Land Rovers and even, in 1982, a Renault 20 Turbo driven by privateer French brothers, Claude and Bernard Marreau. It was a different time and is a spirit of endurance eventing evoked completely by some of the ERA’s rallies, most recently with the Peking to Paris Motor Challenge, as well as some of its rally raids through Africa, with the 2005 London to Dakar event that was won by Alasdair Caldwell and Brian Johnson in a suitably apt Peugeot 205 Rallye.

The popularity of Dakar has ebbed and flowed over the decades, with its peak entry in the 80’s coming in 1988 with 603 starters, a feat surpassed in 2005 with 688 brave entrants taking to the stages. It has traversed nations, continents and dodged conflicts and political tensions in its race to survive, and this year thwarted an international health crisis. It has also danced around its fair share of controversy created by its danger, by those that would seek to end all such adventurous events. It is and always will be a terrible tragedy when injuries occur or the worst happens, but, just like other events of this nature such as the Isle of Man TT, Pikes Peak Hill Climb or events such as around the world yacht races, without the danger people would not come and without a human race brimming with pioneering spirit we would never have made it out of the cave – let alone to the Moon.

This year is almost the event that never was, with closed borders thanks to Covid threatening to curtail the event. But the Bikes, Quads, Buggies and Trucks – and the classics – are currently duelling it out across two spectacular weeks in the desert. Thousands of kilometres will be covered, with the longest special stage being fought over a staggering 511 km, or London to Carlisle through the tough an unforgiving terrain of the desert, at speed let us not forget. This is motorsport and adventure of the highest calibre.

Many would say that in the current climate events such as this are frivolous, excessive even, in a time when there is such risk to international travel. This is understandable, but I would argue that we need the Dakar, just like we need the Peking to Paris Motor Challenge, perhaps now more than ever as all our worlds have shrunk and been suppressed in the past year. The slick, professional event that is currently being fought out may, to some, seem detached from the early days, but a look down the entry list and the ordinary people doing extraordinary things confirms that there is still room for the privateer. It may not be the Paris-Dakar anymore either, but it is no less spectacular, no less enthralling and with the advent of the classic category eyes will inevitably be drawn to the event’s glorious history. Not to mention the potential knock-on effect in the interest and longevity of our own events. Long live the Dakar and long live the spirit of adventure of endurance rallying. 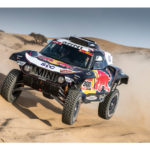 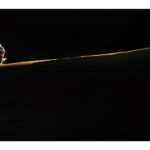 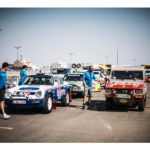 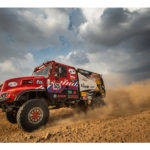 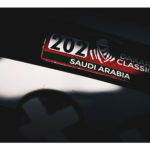 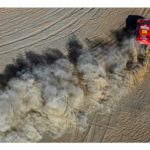 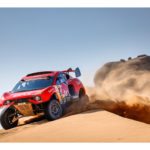 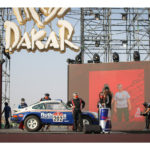 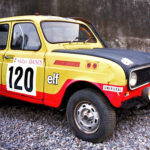 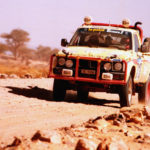 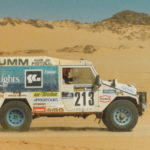