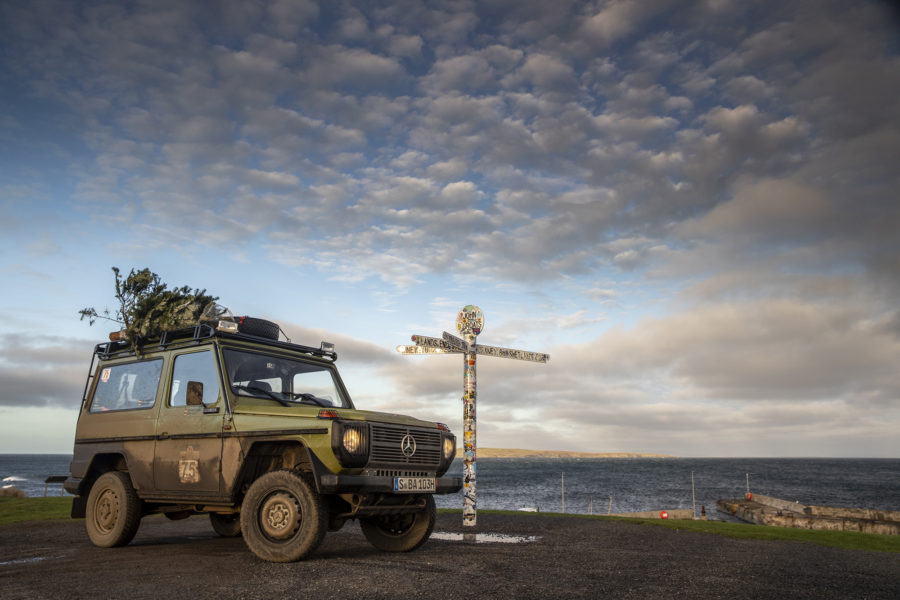 Over the coming weeks, we will be running a series of features on the unusual vehicles that have been used on HERO – ERA events and more. The first vehicle to feature is the 1988 Mercedes Benz 280GE that took part in LE JOG 2018 with the German crew of Thomas Geiger / Ellen Lohr and Ralph Wagenknecht claiming the ‘Against All Odds’ award.

It was a very pleasant surprise to discover Ellen Lohr’s name on the Le Jog entry list in 2018 but no surprise to find her entered in a Mercedes. After all, she has been associated with the brand for a long time, her success with the Stuttgart marque has resulted in her becoming a Mercedes Ambassador.

Her all round talent has allowed her to branch out and be successful in racing, rallying and off road over 32 years. There was nobody better to put the classic Mercedes G Wagen through the Le Jog energy sapping, car testing mill.

Ellen was a winner in DTM for Mercedes, the only female to win in Deutsche Tourenwagen Meisterschaft as she took victory at the Hockenheimring in a Mercedes 190E16 Evo 2. In 1992 she beat 1982 F1 World Champion Keke Rosberg after a thrilling battle and multiple DTM champ Bernd Schneider.

Her racing career started with karts leading to the ultra competitive Formula Ford Championship where she became German Champion, her springboard into international Formula Three. To take a podium at Monte Carlo is quite an achievement but she was second in the most prestigious and toughest F3 race on the calendar which paved her way to DTM.

Determined to carry on when the DTM/ITC series finished in 1996 she went truck racing! Keen as ever to compete in different arenas, Ellen took part in the Dakar Rally in 2004 and the German Rally Championship in 2008. She was back in the Dakar in 2005 when she drove and managed the team but loved her off road experience so much that she returned as part of the Mercedes media team from 2009 and is still the Dakar coordinator for Germany.

In 2016 she retired from competition to work in Formula E marketing but that didn’t last long. In 2018 she was a spectator at the Zolder track in Belgium and became so enthralled by the spectacle of the Whelen NASCAR Euro Series as the big American V8’s thundered by, she immediately pushed for a drive.

From 2019 Ellen Lohr was back as full time racing driver in the Dexwet – df1 No 99 Chevrolet Camaro wrestling with 400 bhp and good old none existent NASCAR technology, Ellen had to totally rethink her technique after DTM and GT3 sports cars bristling with high tech. Competing across Europe, she has already claimed an Elite 1 class win.

After the thrills of race, rally and off road, Le Jog was just a walk in the park for the multi talented Lohr, and a mere stretch of the legs for the Classic Mercedes 1983 G Wagon. 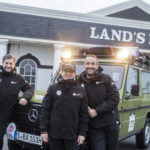 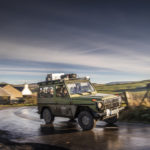 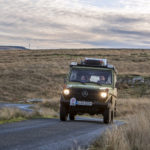 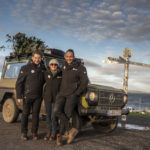 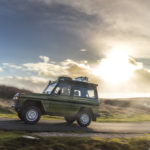 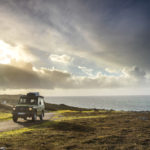 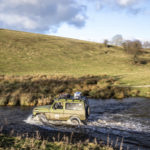