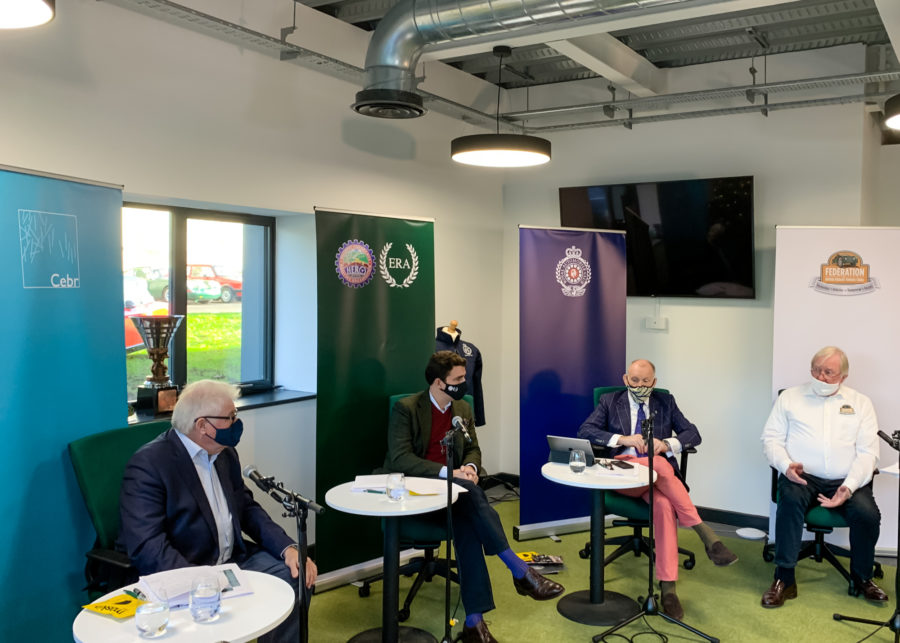 Study Commissioned by HERO-ERA and Conducted by Cebr, Collaboration from Leading Industry Bodies

Revealed: an £18.3 billion turnover growth industry, a surprise boost to the UK economy

*Contrary to perception, industry emits miniscule carbon by comparison with other ways of spending – a green surprise! Historic cars driven an average of just 16 times a year!

*Growth industry sector providing 113,000 jobs through the chain spread across the UK

With the publishing of Cebr’s Environmental and Economic Impact Study, commissioned by HERO-ERA, a panel of industry experts met to discuss the findings of the study, broadcast live on HERO-ERA’s YouTube channel. The panel, featuring Cebr’s Doug McWilliams, HERO-ERA Chairman Tomas de Vargas Machuca, Royal Automobile Chairman Ben Cussons and FBHVC Chairman David Whale, met at HERO-ERA’s new headquarters on the Bicester Heritage site. The location was appropriate, considering the position that Bicester Heritage and Bicester Motion holds in the blooming historic and classic car industry within the UK, and the fact that it is home to so many sectors that help to form part of an industry that turns over £18.3 billion, employing 113,000 people across the supply chain. A surprise boost to the UK economy just when it is needed.

Tony Jardine introduced the conference by outlining the reports headline numbers, and offered up to the panel that the industry was certainly to be taken seriously, thoughts echoed by Doug McWilliams who went on to say that one of the big positives of the report was that a large proportion of the jobs were external to London, with just 5% based in the capital, with the rest spread across the United Kingdom. The running theme throughout the published numbers is one not just of a large industry, but also a growth industry, which of course bodes well for the future. David Whale was keen to make the point that when his organisation, the FBHVC, first commissioned a study of the scale of the industry in 1997, its economic impact was 1.6 billion. Since the last study in 2016 there has been a 30% increase in that time alone, all positive news for a sector that doesn’t get the recognition it ought.

More than ever of course the subject of the environment is a pertinent one, and one that is especially linked to a sector that has the internal combustion engine at its core. But the industries carbon emissions are miniscule compared to other industries and activities. The average user of a classic car produces 563 kg of CO2 equivalent emissions in a year, a sixth of the impact of using a modern ICE car regularly. It would be folly then, to include the classic car industry in the same bracket as the modern car industry, and whilst the panel were all keen to highlight the fact that classic cars start from a much lower base in terms of impact on the environment compared to many other industries, as well as every day activities, all were keen to impress the need to do more. Tomas de Vargas Machuca spoke of HERO-ERA’s responsibility as a leading company within the sector to be carbon neutral, and highlighted the HERO green project the company is currently engaged in, as well as wider responsibility to help those who are classic car owners, and not just participants in HERO’s events, to become carbon neutral as well.

The Royal Automobile Club Chairman, Ben Cussons, spoke of the development of synthetic fuels and that it wasn’t necessarily the fuel used to power and ICE that was bad but the level of carbon within it.

David Whale spoke of his organisation’s commitment to a green future with a partnership with a University to address the issue. Doug McWilliams perhaps summed up the impact of the industry on the environment though, when he spoke of an industry that is obsessed with preservation, rather than production and that its main component of impact was through its labour. It reuses, repairs and rebuilds rather than produce new.

Of course, there will always be those that connect the burning of fossil fuels with a high carbon footprint, but David Whale went on to clarify that classic cars are driven on average just 16 times a year, nowhere near the use of a modern vehicle and therefore nothing like the emissions. As discussed, the report highlights the growth of the industry, but naturally there are questions over its sustainability for a number of reasons; affordability, accessibility and the impact of a ban on new ICE car sales in the UK from 2030. David Whale was keen to highlight the concessions already granted to Classic Cars by Transport for London, based upon the reliable data submitted to the body, a point backed up Ben Cussons, who spoke of the closure of roads in central London to enable the annual Veteran London Brighton Car Run to go ahead, all under a Mayor who was elected very much on the strength of green policies. Ben also spoke of the original Pioneer Car Run of 1896 that showcased the technology of the motorised carriage as it was, and practically made the horse and cart redundant overnight. But, as he pointed out, “The Horse has not disappeared and there are more than ever, owners found new ways to utilise and enjoy them and I don’t see any reason for the classic ICE car can’t go the same way.”

The industry also employs a healthy number of apprentices, that are developing into the artisans and master craftsmen of the future, and the production of this report very much has an eye on those people. Tomas de Vargas Machuca, “We want to achieve the necessary protection of the industry for future generations, part of our mission as a responsible participant within the industry.” Doug McWilliams went on to add that there is a skill premium within the industry, which equates to a potential 70% wage premium and that job satisfaction is in the top 8% in the country, a point that he impressed was very important when you spend “half your waking hours at work.” Tomas de Vargas Machuca went on to describe the industry as “aspirational” and David Whale highlighted that 21 million people in the UK see classic vehicles as an important part of our heritage.

The study also looks at what classic cars are owned throughout the UK, as there are always questions about the accessibility of ownership and perhaps a perception that it is, as Doug McWilliams put it, “a rich man’s plaything”. Doug McWilliams, “The image of classic car ownership is often a Bentley or an Aston Martin, but the study showed most common classic car is a Ford.” He went on to describe that the study also looked at total values of cars on the road, and that third in that list was the Mini, which these days have an average price of around £5000, outlining that classic car ownership is far more accessible than perhaps many realise.

The consensus then is that the future of the industry is reasonably secure, but the impact of Covid and the spectre of a no deal Brexit do of course raise questions. All the panelists were unanimous that leaving the EU without a trade deal would have a number of detracting impacts on the industry, and cited the fact that the UK is a leading light globally within the sector and very much a global skill base. Doug McWilliams could put a positive spin on the subject though, as he described the industry as being much more Brexit proof than so called “just in-time industries”, but conceded that loss of free movement had the potential to hurt business. The panel were much more positive about the impact of Covid, and cited the stability in auction prices during the pandemic as an indicator that the classic car industry was weathering the storm, as well as enthusiastic levels of motor club renewals and increased trade for classic car workshops as enthusiasts use the enforced down-time for maintenance.

Confidence then on all fronts that the current position of, and the future of, the classic car industry is strong and that its awareness of its environmental responsibilities is very much being taken seriously by the sectors leading organisations. The contribution to the UK economy is very much a good news story and the sectors dedication to conservation, not just of raw materials, but of the development and nourishment of the next generation is something that will give it great strength in the years to come.

The UK Heritage Motor Industry is a European market leader and now seeks recognition and protection in order to nurture the future of UK’s motoring industry in all its forms to cherish and preserve for future generations. The industry also seeks further assistance from government and industry to bring more apprentices into the business so that vital skills can be passed on. 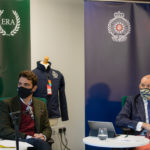 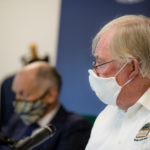 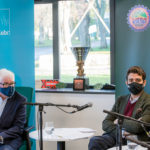 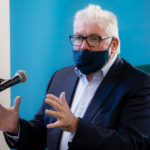 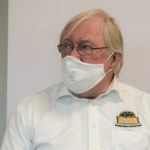 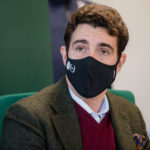 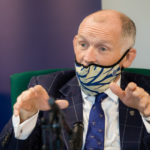 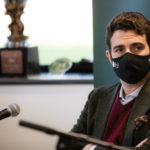 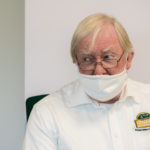 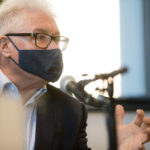 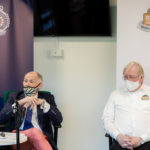 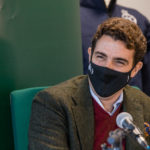 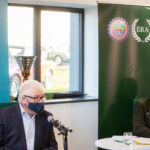 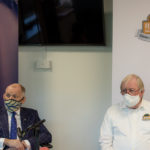 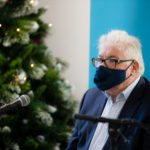 A full  copy of the report is available here, or alternatively a headline news release here

This is a press release covering the report ‘The Economic and Environmental Impact of the Historic and Classic Motor Industry in the UK’. The 60-page report has been commissioned by HERO-ERA from the economics consultancy Cebr.

The report covers the impact of the Historic and Classic Motor Industry on the economy, jobs, skills, the heritage and the environment. A full embargoed copy of the report is available from Tony Jardine [email protected]

Challenge as well as many other leading events. Based at the heart of the UK’s historic motor sector in Bicester Heritage, HERO-ERA is delighted to be sponsoring this crucial report and wish to acknowledge the assistance of many contributions from the industry but in particular; The Royal Automobile Club, The Federation of British Historic Vehicle Clubs, Bicester Heritage and Bicester Motion.

Cebr is one of the world’s leading economics consultancies. Based in London, Cebr specialises in economic impact studies, forecasting and other forms of economic analysis. Douglas McWilliams, Cebr’s founder and Deputy Chairman is a motoring enthusiast who completed the 2019 Peking to Paris Motor Challenge (described in the book ‘Driving the Silk Road’) and was the prime author of the report.

FBHVC – The Federation of British Historic Vehicle Clubs exists to uphold the freedom to use historic vehicles on the road. It does this by representing the interests of owners of such vehicles to politicians, government officials and legislators, both in the UK and (through the Federation Internationale des Vehicules Anciens) in Europe.