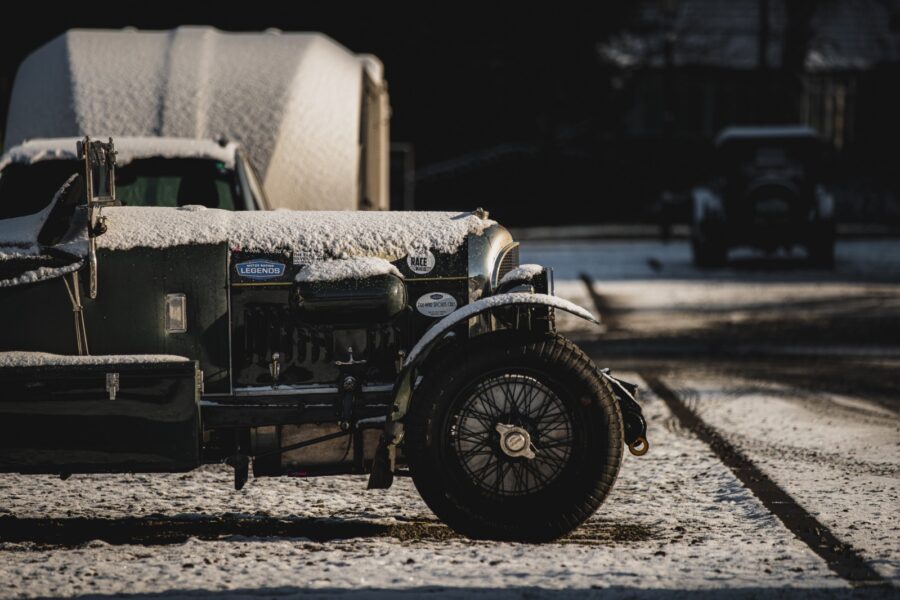 With a mix of sunshine, snow and hailstones hitting competitors like bullets, 94 crews are preparing for an adventurous 12th Flying Scotsman starting on April 1st from Slaley Hall in Northumberland.

Emily; “Yes we drove up, Stuart wouldn’t have it any other way. It was relatively mild when I left Lyme Regis and then we went through every season of weather on the way from lashing rain to snow and sleet, but it got to the stage where my eyelashes were getting frozen on each other! Then I said to Stuart, are we in the Lake District? There was just so much water!”

Stuart; “ We don’t have a hood anyway, but it could be exciting, especially on high ground if we have more snow and a bit of ice. I think it is going to be a cold event, probably a cold day tomorrow, and definitely cold overnight!

“Most of the cars on this rally are open top but I don’t know how many of them have done proper winter events. But this is the stuff we enjoy, we did the Winter Challenge and we got lots of snow in Austria.”

A new departure for Malcolm and Anita who have been seen in lots of classic Renaults before but not in a vintage car!

Malcom; “This is a 1936 Ford type 35 flat eight. We bought it three years ago to do the Flying Scotsman and this is the first one that’s been held since we’ve had the car. So we’ve done very few miles with it. I don’t know how it will go, but it’s an adventure which we are really looking forward to.

“It’s got white wall tyres but you won’t see them in the snow, I suppose I should wear the hat and get my machine gun out and we’ll do the Al Capone bit!

“There has been a little bit of a problem in that we had no luggage. We put the luggage in the car which was transported in the lorry but the lorry didn’t get here last night so Anita has been without a change of clothes, without hair conditioner and all sorts of stuff, but we’ve got it now so she is recovering – she likes wearing the same clothes for two days!”

Sandra and Wilfried travelled over from Germany and just enjoyed a test run in the Talbot around the Northumberland roads in the snow, so was it an exciting ride?

Sandra; “Yes it was, quite slippy. We have just come from Germany, and it was 20 degrees Celsius, here it’s snowy and the streets are challenging but it’s really, really nice.”

Wilfried; “We should have had winter tyres on but we had forgotten. But now we are in Scotland again, this time we really have to be wrapped up, but the car is just fine although it was a very slippy drive today. We hope that by Saturday the weather may be a bit better. This is the first time that it has snowed like this for quite a while, but it was quite exciting.

“Although in the conditions today we were driving quite slowly so after a few minutes we had quite a few cars behind us!”

Once he had cleared the snow off the Praga, Ota spent a long time fiddling with the engine    so, was there any problem with the car? Ota; “Oh no all is OK, the car is just fine it’s OK”.

Had they come a long way?

Hynek; “Yes, we have come from Prague, we drove all the way with another car towing. This is a 1934 Praga it’s very old, but it is the Super Piccolo 1600 which was made a long time ago in the Czech Republic. Praga was famous for building trucks and cars, even racing cars now.

“We are happy with the snow here, this is good for driving.”

Ann and Filip were winners of the 2020 Classic Rally New Zealand in their Porsche 911 Targa and have competed in LeJog in their Datsun 240Z. Now they are in a totally new car to them, a vintage Invicta. So how did this come about, especially as Ann had set her heart on acquiring a vintage Bentley?

Ann “Well, this was love on first sight, I had wanted a Bentley it’s true but I convinced Philip to skip my idea of Bentley and buy the Invicta as I liked it so much! It is beautiful, isn’t it? “

So Filip had his arm twisted by Ann, how did he feel about that?

Filip; “Am I not the lucky guy? Now it’s another one to add to the collection, we have the Porsche, the Datsun and now the Invicta which is great to drive!

Actually I am surprised how well it drives. I’ve driven it a couple of times around our house in Belgium but now this will be our first rally in a vintage car and we are really looking forward to the challenge”.

Ann; “Well, this is not what I expected in March in Scotland, I thought it would be really nice. But yes it is very different, we arrived very late in a snowstorm. So even in the normal car, I was feeling like oh my God, what’s going to happen but we’ll see soon enough!”

Nick Reeves, Deputy Clerk of the Course, the Flying Scotsman

“We’ve done an awful lot of preparation for this event which seems to have gone on forever, but we are now at the point where we’re ready to go which will be a relief! All I’ve got to put up with now is the next three days of stress, but we should get to the end without problems hopefully!

“We have a bumper entry of 94 cars which is great, and we have something for everybody. We’ve got some lovely open roads, scenic routes alongside rivers, particularly going over the top of Cairn O’ Mount there are going to be some stunning views, no matter what the weather is, so I think everyone’s really going to enjoy themselves.”

With the low temperatures on the high ground, could they be affected by ice or snow?

“Possibly, yes, I think we might see some, but what we have got to remember is it’s 36 – 48 hours away, so a lot can happen in that time. We have seen the weather change within the space of an hour, so I’m not worrying too much at the moment. The forecast was reasonable for some of the more northern locations, so now we’re playing it by ear and see what happens.

“In the case of sudden severe weather, we would send the recce crews to go ahead and find out what’s going on, we’ve got plenty of resource to get out there and see what’s what.

“What is impressive is the array of fabulous machinery that has assembled here for the start at Slaley Hall in Northumberland. There are some great Bentley’s as always, but I really like those old Aston Martins as well. Sadly my piggy bank wouldn’t stretch to any of them!” 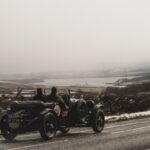 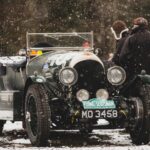 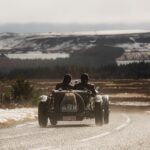 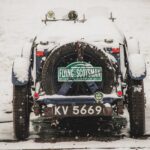 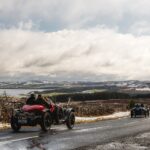 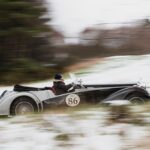