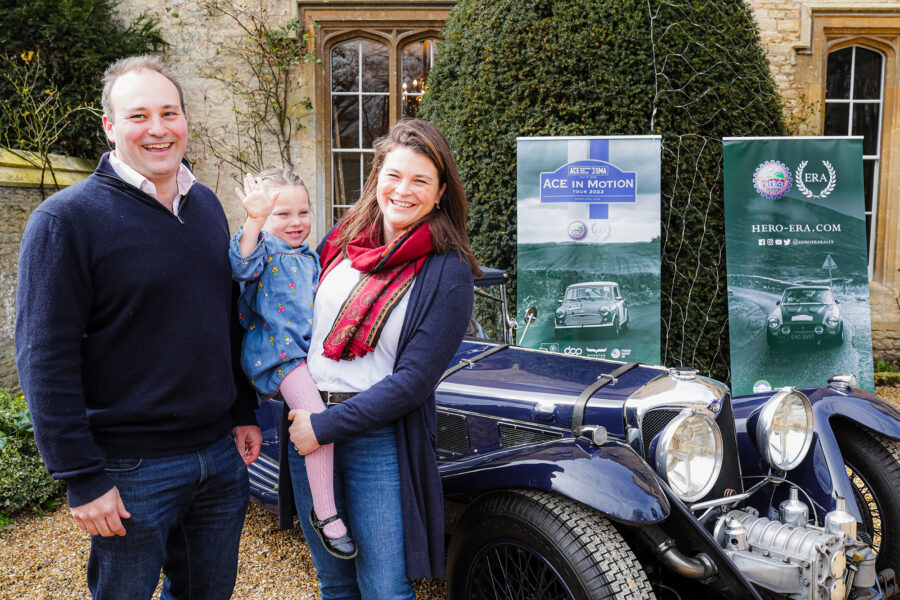 Life can be described by many metaphors, a river, a song, a puzzle, a garden and many more. All these metaphors share some common ground though, referencing intertwining paths, the direction of which is influenced by obstacles and the decisions made thereof. We each strike our own path, to some extent, and these paths sometimes cross more closely with our futures than we might realise and, furthermore, lead us to some unexpected places along the way.

Two people whose paths now run concurrently, are Mike and Sophie Howes and they are now about to share their first experience of the classic car world, in partnership with HERO-ERA on the ACE in Motion Tour, raising money for vital clinical trials via their ACE Charity. The ACE in Motion Tour is a summertime driving tour of Oxfordshire, with a private viewing of the Williams F1 Heritage Collection and the opportunity for the participants to let loose in their cars on the Bicester Heritage test track, something which Mike and Sophie are both looking forward to, although with some trepidation. “I’m excited for the event” says Sophie, “it will be a new experience, although Mike will be driving on the day, I’ll just be trying to make sure we don’t get lost!”

Before Mike and Sophies paths began to follow the same trajectory, they ran closer than the future couple would realise, both metaphorically and geographically. Both were studying at Edinburgh University, Sophie following her passion for sport in Sports Science and Mike studying Economics and History. They never actually met during their time at Edinburgh, but, mirroring each other’s actions before they had even met, both decided that University wasn’t for them and, as Mike puts it, “wanted to get on with life.”

Mike continued into business, in a wine e-commerce venture, and Sophie entered the world of events and brand activations at international sporting events. It was only natural that Sophie would be involved in sport in some form, having played at an international level in Lacrosse, a sport that she achieved a world championship bronze medal in, not that she would tell you herself mind you, Mike is much more effervescent about Sophie’s achievements than she is. 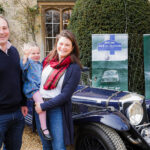 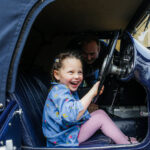 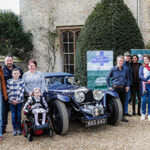 It wouldn’t be until 2010 that the pair would finally meet through friends, although Mike says that Sophie had no interest in him and so he set about wooing her with a series of sporting challenges, including go-karting, which he admits that Sophie beat him at, although he maintains that across all the challenges, they remain equal! Their professional lives continued, with each travelling the world through work, and becoming involved in different ventures along the way, opportunities being seized and then, after marriage, their daughter Anouk arrived.

Anyone who is a parent will understand the gravity of your first child arriving, the way it makes you feel. It is different for everybody, of course, although there are common themes, the excitement and joy of it all, and the terror and the nerves. There are the conversations you have about the future, theorising the possible paths your child might take, your hopes for them and your fears. It was no different for Mike and Sophie, Sophie recalls how they would talk about the possible sporting interests Anouk might have, picking up on the family’s passion for physical activity and competition.

When you have a child, everyone tells you that life will change. You don’t believe them of course, thinking you will be the couple that bucks the trend, and that life will continue. But it doesn’t and you make the usual sacrifices that parents make as you transition into a family. For Mike and Sophie though, the changes would be shattering, when in 2019 their daughter was diagnosed with Spinal Muscular Atrophy, a motor-neurone disease that is the second most common genetic cause of death in children. As a parent myself the sentence makes me squirm, I can only imagine the emotions that Mike and Sophie went through upon being delivered the news that Anouk would be in an electric wheelchair by the age of three and that any chance of independence was all but impossible. Their innocent parental conversations about Anouk’s future torn to shreds in an instant, dreams crushed and now left contemplating their child’s mortality, never mind her mobility.

But the family had to find a way to pick themselves back up, to find a way to help their daughter and push back against the card dealt to them. It began with finding access to treatments for Anouk, to help her battle the disease, to help her to survive. With parents used to working in industries where impossible isn’t an option Anouk was in good hands, and sometimes terrible adversity can lead you on a path of unexpected salvation, finding liberty in despair. For Mike and Sophie this would lead to the founding of the ACE charity, to help children diagnosed with SMA to get the best treatment to live with SMA.

Nearly three years down the line from Anouk’s diagnoses and the charity that began as an idea, is now in partnership with the MDUK Oxford Neuromuscular Centre, Department of Paediatrics, University of Oxford. They are raising money to fund a clinical trial to prove the necessity of tailored physiotherapy for these kids. Anouk herself is proof of what can be achieved and is a happy four-year-old that can walk and even enjoys horse riding, although still requires constant treatment to help her accomplish her dreams. Sophie now find’s herself splitting her life as Anouk’s Mum and running her charity and is looking to the future with both things. Mike is involved in yet another business, that has, after beginning as an idea for a black box for cyclists, has split into all manner of directions and is providing solutions in several different industries.

I wonder how they find the time for any of it, but this couple enjoy a challenge and enjoy problem solving, and whilst I am certain they would rather not be attempting to tackle the problem of SMA, they are making the best of it, not just for Anouk, but for all the children and families who’s lives have been turned upside down.

The next fundraising event for the ACE charity is the ACE in Motion Tour, a drive through the Oxfordshire countryside on July the 2nd, it includes a visit to Williams Heritage Engineering ending up back at Bicester Heritage airfield test track for further fun, where the motion of the classic car world will do what it can for the motion of these children and the vital clinical trials. Both parents are excited to take part, with little previous experience of driving classic machinery. “It’s going to be great fun” Mike tells me. “Although I’m slightly concerned that I’ll get the bug and I don’t know how I’m going to finance my future classic car habit!” On the day, it is Mike that will take the controls, perhaps looking to atone for that go-karting loss, whilst Sophie will navigate, picking yet more paths together.

Their immediate future might be reading a map, but in the long term who knows what could be next for the family. What is certain is there will be more walks in the countryside at weekends, more horse riding, and perhaps more classic cars. At the heart of it all though will be Anouk and the charity set up in her name, and around that nucleus will hopefully be the improved lives of many more families, helped by the tenacity and drive of Mike and Sophie. 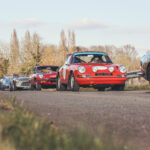 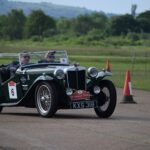 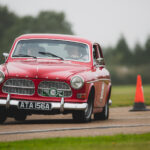 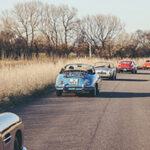 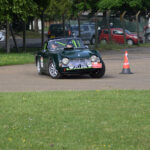 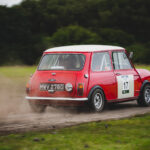 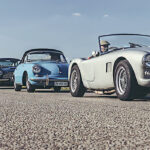 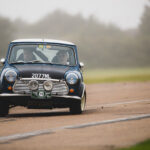 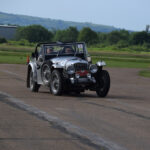