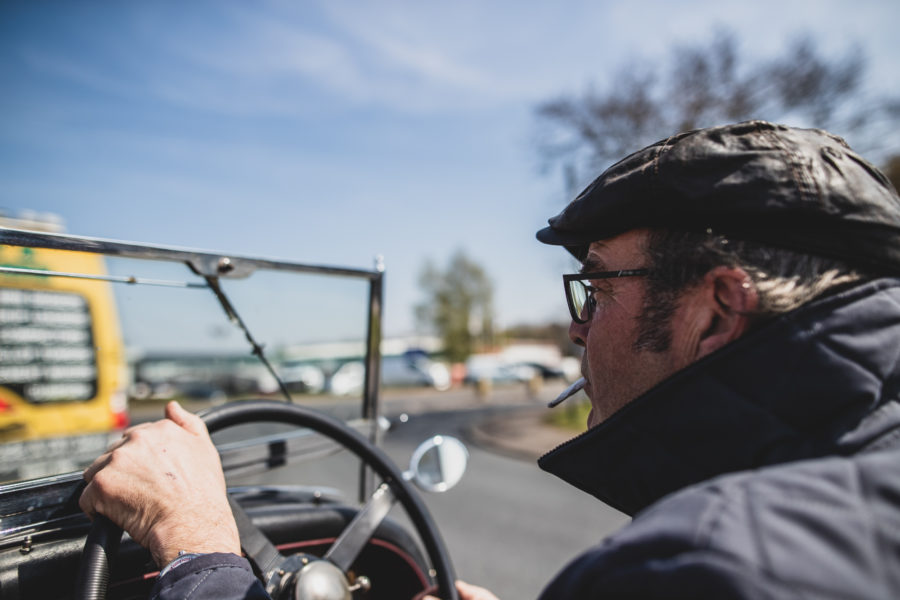 Spend a Day With Bill on His Beloved Norfolk Broads

It’s a sunny afternoon somewhere in North Norfolk and I’m having the most unexpected, and quite remarkable day. My job as a photographer and accidental journalist has bestowed on me a few wonderful privileges over the past couple of years, but today, after meeting a man in a furniture workshop, tucked away on the Norfolk Broads I’ve somehow been transported into my very own Eagle adventure. That man is Bill Cleyndert, and will be no stranger to many of you I’m sure, today though he may as well be Dan Dare or Storm Nelson, and as we bounce along just 25 feet above the swell and crash of the waves beneath us in a vintage Tiger Moth Bi-Plane, I can’t help but laugh.

To say ‘met a man in a furniture workshop’ is of course a tremendous understatement, for Bill’s company make some of the most luxurious and astonishing furniture installations you’re ever likely to see, and to have a personal tour of the premises from the man himself is a real treat. Bill is of course particularly humble and understated about the whole thing, and this would be a pattern that would repeat throughout the day but ask him a question and his eyes light up and you can tell he is exceptionally proud of the empire he has created.

Justifiably so as well, after walking away from his career as an optometrist in his early twenties, with no real plan, other than to do ‘something different’. ‘I enjoyed woodwork at school’ he tells me, ‘but had no formal qualifications or training, I just liked to make things’. A brave move for anyone, but it would be the start of something incredibly special. At the time Bill did other jobs to make ends meet, including digging bait for the fishing tackle shops that punctuate the coastal towns up in this part of the world, but would also make time to head to London and postcode by postcode would knock on the doors of the designers listed in the Yellow Pages, cold calling to try and generate business. Sometimes the door would be shut in his face, but every so often the real live demo tape would achieve its goal, and Bill began to build his list of clients and his reputation for exacting standards of work.

I’m fascinated walking around, looking at the giant frames that the huge pieces of furniture will be built around, and finding my way amongst the various artisans at work on the factory floor. There is a smattering of CNC machines, huge pneumatic presses and a spray and finishing shop that finishes the final pieces of furniture to concourse levels. The materials room is particularly interesting, a culmination of almost a lifetimes work scouring the globe for new finishes and constituents, from Banana leaves to exotic woods, a process that Bill explains is ongoing as they attempt to trend set and stay ahead of constantly changing fashions.

Hours pass inside the workshop in what seems like the flick of a switch and I would happily have spent all day in there, but this is but one of the ingredients that mix to form Bills life and it’s time to hop into his 1928 Bentley daily driver to go and take a peak at a few of his cars. As the roller-door rises on Bill’s lock-up my jaw, not for the first or last time, descends to floor as a snapshot of Bills passion for all things cars and bikes is stretched out in front of me. There are of course cars that I, and many others, would recognise. The faithful land crab and his Mini Cooper, but as my eyes search out over the assorted precious metals the collection is wide and varied, from Hot-Rods to the occasional Group B rally car. Around the walls are row upon row of assorted rally plates, badges of honour from adventures far and wide as well as photographs and memorabilia. My questions are fluid and fast flowing, and the responses are reciprocal and delivered with the usual smile and trademark glint from the eyes.

Our conversation darts from Peking to Paris, which Bill declares as being life changing, to getting an invitation to head over to El-Mirage for the Rolling Bones Speed Trials, that opened his eyes to a new love of hot-rods and to something that has now become an annual event. ‘Peking to Paris changed my perspective’ he tells me, ‘I decided to just start saying yes to things and grabbing experiences with both hands where and when I could’. It seems to be a wonderful mantra to live by and brings us neatly around to the vintage Biplane that I’m watching Bill tow out of its hanger with his equally vintage Bentley. ‘My kids bought me an experience flight and I enjoyed it so much that I began the search for my own plane, which arrived about a week later from Ireland. Then I decided I should probably look into learning how to fly the thing’. Since then, like seemingly with most things in his life he hasn’t looked back and as we soar over the Broads, I’m left to reflect on a quite marvellous day nosing about cars, talking shop and meeting some of the people important in Bills life.

It is a lot to mull over, there are quite simply too many details to fit into an article and whilst it is true that Bill has many lovely things, especially the cars and bikes many of which I covet for my own garage, I am left in no way feeling jealous. Instead, perhaps because of the humility of the man or his have a go attitude, I feel inspired. It just shows what a bit of pluck and hard work can achieve, and I look forward to seeing the same determination manifested in Bills exuberant driving on many more rallies in the future! 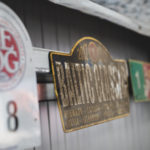 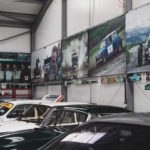 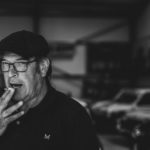 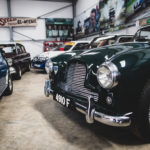 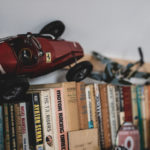 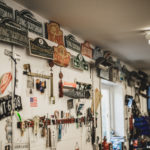 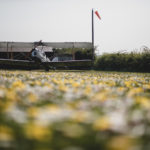 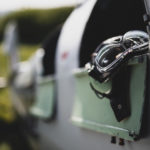 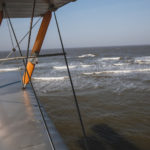