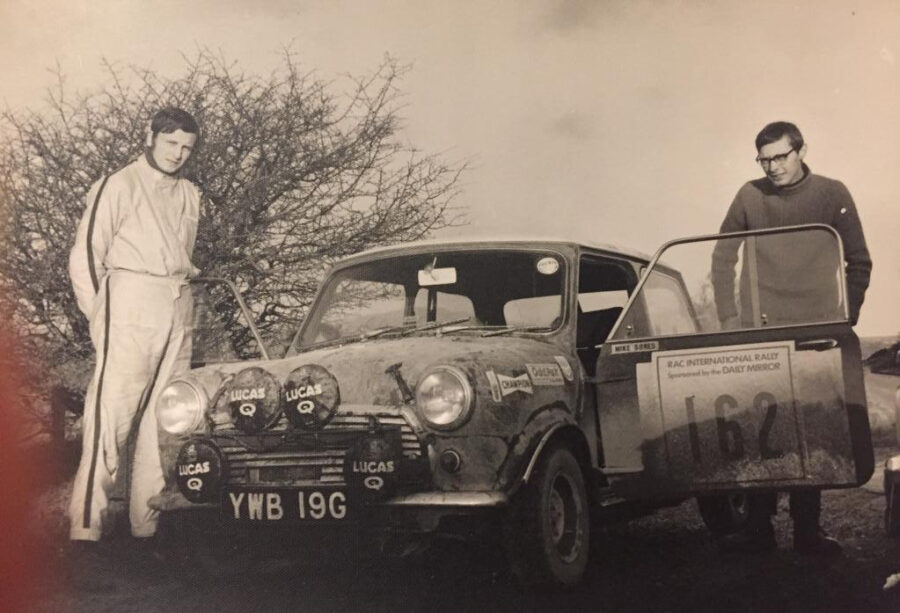 Motor sport has lost one of its most accomplished, dedicated and best loved characters, who in the words of one of his best mates and fellow BTRDA Board member Mike Broad, “Loved motor sport, loved talking about motor sport and more than anything he loved motor sport people.”

Former top co driver and Motorsport UK representative on the FIA Rallies Commission, Mike Broad was not just one of Mike Sones’ longstanding Midlands mates but also worked with him at both Motorsport UK (formerly MSA) and the BTRDA. Naturally like everyone in motor sport he was deeply saddened at Mike’s tragic death at home, but he has taken solace from so many calls in appreciation of Mike. “Literally every comment I have received has been similar, ‘he was always there for us,’ one lady even saying that without his help and guidance they would ‘never have finished Wales Rally GB,’ and that was typical of Mike, he was there for everyone.”

Particularly skilled as a communicator when acting as a Competitor Liaison Officer on events, the softly spoken Walsall native lived and breathed the sport. He was a top rally navigator and codriver, a rally organiser and sports administrator who was also proud of his achievements as a Quantity Surveyor, one of which was the building of a major Austin Rover factory in Lode Lane, Birmingham. However, he was always keen to point out his work to colleagues such as when he was travelling round on rallies. Later in his career he was involved in the erection of many Vodafone masts all over the north of the country, and as he spotted a mast he would point to it saying that was ‘one of mine’ and repeat the story of ‘how we had to move that farm’ to put it there – just to irk his fellow rally passengers!

Mike excelled in Autotests as he was adept behind the wheel, and he became the outright MSA British Autotest  Champion in 1992 and 93. In fact he kept all five of his competition cars that are still in his garage today, including his original Autotest Mini and his AutoSOLO Mazda MX5.  Many rally folk remember him from night rallying as a top line competitive navigator on Motoring News events for many drivers including Toney Cox and Phil Darbyshire, but also he organised and ran the official BTRDA road rally championship until 1987. To further illustrate his organisational prowess, he took hold of the BTRDA Rallycross Championship, even though it wasn’t necessarily his area of expertise, and stitched it all together.

Mike was Chairman of BTRDA from 1988 – 2014, still a serving BTRDA Board member as Honourary Treasurer and headed up Autotests for the MSA for 14 years  and BTRDA until recently. But of all his motorsport jobs, next to his favourite role as Competitor Liaison Officer, he was loving being a Motorsport UK Steward at a variety of events. One minute he was at a BTCC race, the next he was at Silverstone or Weston Park.

He spent nine years as a Director of the MSA as it was then, and worked on the board of the BTRDA for over 15 years until the end.

He spent some time working with HERO-ERA Competition Director Guy Woodcock to finesse rules and classification of vehicles in the world of regularity rallying and was Chief Steward on a number of their events. He was also due to head up the panel of stewards on the forthcoming Peking to Paris Motor Challenge.

But Mike was happiest as a man of the midlands amongst his kinsman, the West Midland motorsport mafia! During his days as a co driver or working alongside Mike Broad at the BTRDA, he would joust with staunch Midlander and long standing friend Nick Pollitt over whether a BTRDA Gold Star was more prestigious than actually winning British championships, which of course Mike had done. What was key to both is that they never missed an Owen Motoring Club meeting or event. His Midlands mates Nick Pollitt and Andrew Lees were all at the same Grammar School together, his other close mates Peter Smith, Stuart Nicholls, Garry Preston and Kevin Moore were and are still firm friends, all of them were in daily contact with Mike for chat or questions that needed a correct answer, all steeped in motorsport 55 years later, although one of them has now moved on to Parc Ferme on the high plains.

It was indeed with great sadness and shock for Mike Broad, Nick Pollitt, Paul Dyas and Nick Roberts,  as the ones that found Mike at his home after he had failed to make contact when he was due to meet his friends on a rare weekend off from motorsport duties. More is the pity that he had seen specialists who had finally identified his medical issues which troubled him over the last few years as he was due for treatment to help him.

So this a salute to the British Autotest champion, the night rally navigator and special stage co driver with a great record of success to back up his professional organisational and communication skills.

You can trace the midlands school friends love of competition to 1970 when Mike and Brummie buddy Peter Smith finished 49th overall in their Mini Cooper S on the RAC Rally, and they went on to great success in Pete’s Renault Alpine.

Mike was equally enthusiastic about his adventure with Peter Cox in the South Swedish Rally in 1981 in an MG Midget!

He was highly competitive sitting alongside fellow Walsall driver Stuart Nicholls in the Vauxhall Astra Challenge which they won outright, Stuart to this day says he was totally gobsmacked and honoured that Mike even agreed to co drive for him. Mike went on to enjoy powerful rides navigating Chris Beddow in his Ford Sierra BDG, with a best finish of fifth on the J C Van Hire Stages in 1988. All this whilst still working hard as a Quantity Surveyor by day and motorsport professional during the evenings and weekends before he became effectively a full time motorsport professional.

HERO-ERA extends its heartfelt condolences to his family and friends. I would like to add my name to the list of competitors whose co drivers benefitted from his calmness and wisdom to help them to the finish of major international events. Without his knowledge and advice, a long list of journalists from national newspaper reporters, to ITV, BBC and Sky presenters would never have achieved their respective goals of getting to the finish of a world championship event. The Motoring Editor of the Times newspaper was the first to thank Mike for his help after we won our class on Wales Rally GB in a Honda Integra against the odds. That was due in no small part to Mike Sones, one of a kind, RIP. 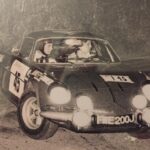 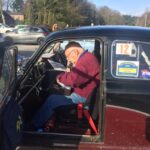 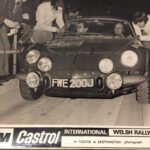 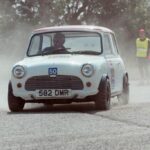 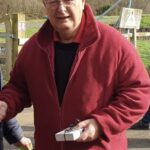 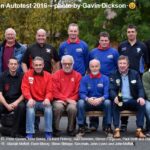