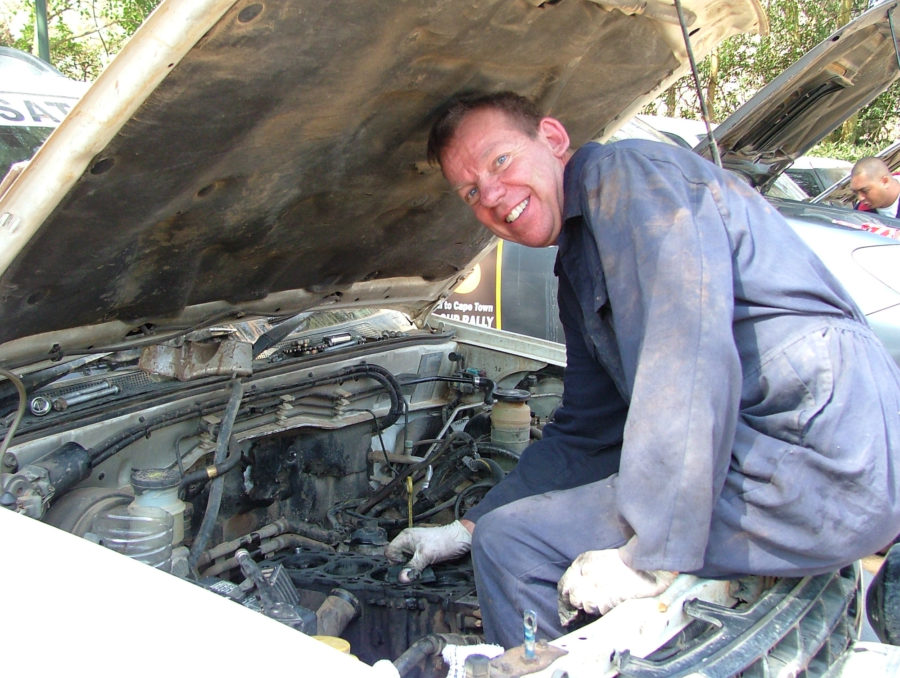 “I don’t like change”, declares Chris Elkins, one of HERO-ERA’s team of experienced route planners. It’s perhaps the most surprising sentence that I hear Chris utter, as we spent a couple of hours chatting all things rally over the phone this past week. After all, this is a man that has willingly spent the past two decades careering around the globe in a 24 hour car, advance path-finding for rally competitors, performing zero notice route alterations on some of the toughest endurance rallies on the planet, and then dealing with all the associated baggage that comes with that, for fun. Yes, a surprising sentence indeed, but then there was always going to be more than meets the eye with Chris.

The irony of what he’s said isn’t lost on him of course, and there was no curmudgeonly air about his sentence either, as there isn’t about any of the stories I’ve been told. Chris regales the tales of his time involved in rallying with enthusiasm and glee, especially some of the more dangerous situations. But where did it all begin?

As seems to be par for the course with so many of the key players within HERO-ERA there is a competitive background, and for Chris the love affair with motorcars was firmly ensconced during childhood. “My parents had an Austin and Hillman franchise and my father competed a bit in the 50’s in club rallies. I remember a there was an Imp Sport that had been fully rally prepped, that unfortunately ended its days prematurely at the hands of my Mother on an ill-fated shopping trip. When I was around 12, my father came home with another Imp that had failed its MOT and I began to mess about with it, repairing it as best I could. I then began driving it around the garden, which escalated quickly into some pretty competitive driving around the trees along with my brother!” 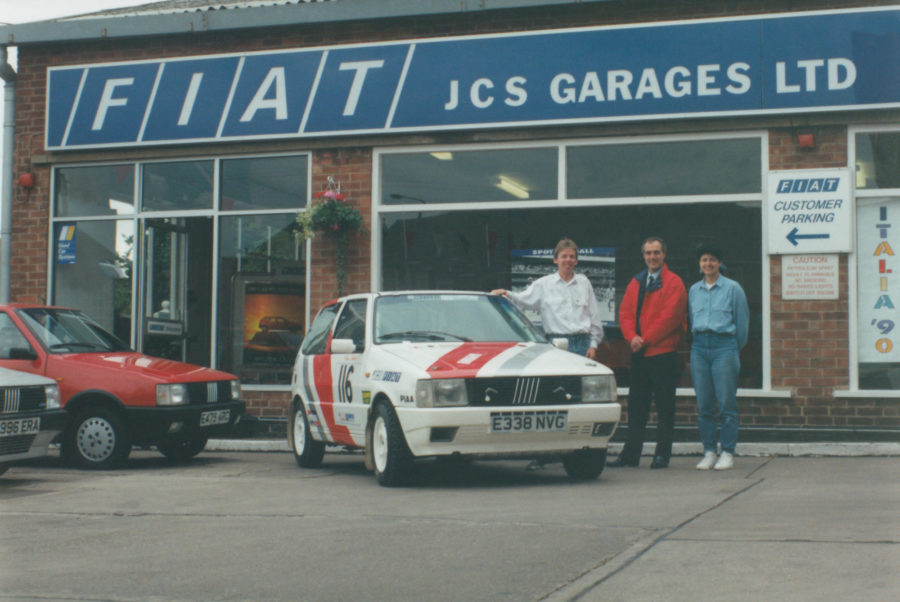 After the garden special stage, it was inevitable then that Chris would have the bug and competed in various events himself, mostly in Minis, but also got involved in the Fiat Challenge, much at the behest of a certain George Mullins. “I was probably considered a safe pair of hands as a driver” says Chris, “but was never overly successful.” It was the exploits of another driver that had caught the eye of the young Chris though, the wonderfully named Basil Wadman. “I actually came across him at school, in one of my motoring mags. A girl in my class was the daughter of one of his sponsors.” Basil was competing in some of the more adventurous rallies of the day, such as the ’77 London-Sydney, an event that also featured and inspired Philip Young. They didn’t know it yet, or indeed know each other, but the paths of Philip and Chris would cross many years later, when Chris was asked if he wanted to drive the 24-hour car on the Monte-Carlo Challenge.

“Of course I wanted to!! In fact, I did that three years in a row”, Chris tells me, and began to get involved in other events organised by Philip. “It was always the more adventurous rallies that I applied to be on, I much preferred the idea of the tougher and more remote routes.” Indeed, it would be one of the toughest events that Chris would really come to the fore as a ‘safe pair of hands’. “We ran into trouble with the route on the ’03 world Cup Rally to Tunisia. There had been days of heavy rain and the roads were under water. The alternative was a plod along main roads and I thought we could do better, so myself and our local fixer spent the night finding an alternative route, reverse tulipping it in the dark and then handed over the finished route that morning and then went straight back out again as the advanced car. It wasn’t until that evening that I became aware that I hadn’t been to sleep for a good 48 hours!”

After this Chris firmly had the trust of Philip Young, and over the years would be involved in some of the late man’s greatest adventures, including every Peking to Paris rally bar one. He speaks with fondness about the great man, recalling tales about how Philip would just get the job done, including chartering a ship to get the cars over to Egypt on one rally, when the ferry company had suspended services due to the danger in the med. “Others would have given in, but not Philip”. Another great memory for Chris was being involved in the London – Cape Town rally, with minimal support on route, although the planned 2011 London Cape Town rally proved too much of a stretch even for the indomitable Mr Young, and the event was postponed amongst foreign office warnings and the ERA office phone being tapped! “I think that might have scared Phillip” says Chris, “Especially when the Foreign office told him that if he ran the rally and got into trouble, there would be zero support from the UK to help bail anyone out. We managed to get it done a year later mind you, albeit by a different route” 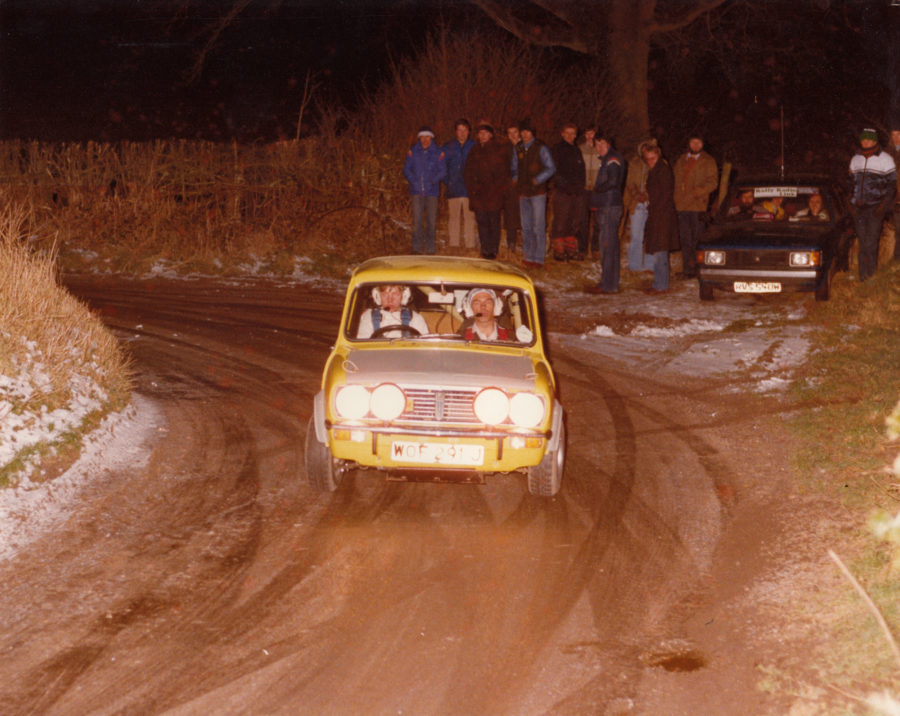 The Peking to Paris is seemingly where Chris is happiest though, especially in Mongolia and for the 2019 edition route planning duties fell to Chris, which is a mantle he has carried to other events now as well. The job of planning an 8000-mile, 37-day route across multiple countries blows my mind, but appears to be something that Chris takes in his stride, although he admits it is getting harder. “There are more tarmac roads in the wilder places” he tells me, “so the roads that we would typically use are becoming less well defined as the locals stop using them. You can drive for hours, only for a road that is marked on a map to simply end in the middle of nowhere. It’s frustrating, but you just have to persevere until you have a route.”

Perseverance is a good word to sum up Chris with, modest would be another, as whilst he is generous with his stories, he still doesn’t tell you everything about his experience, which is vast. Indeed, it is only with talking to others that I learn of his involvement with the CRA and Rally of the Tests, not to mention driving a safety car on the Wales Rally GB, something that he still does to this day. “He just has the right attitude” says HERO-ERA Competition Director Guy Woodcock. “Just gets on with the job and gets things done and has so much experience, there aren’t many situations he hasn’t dealt with or thought his way around before.” It’s unlikely many people will see Chris on event, as he’s usually in an advance car or clock car, out ahead of the field, so even on the events he is going about his business out of the limelight. But if you get the opportunity, it’s well worth grabbing him in the bar and listening to all of his stories, over a drink. You’ll be wide eyed for sure, just not too many drinks, hey Elks? 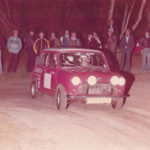 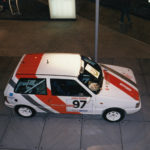 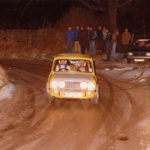 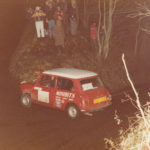 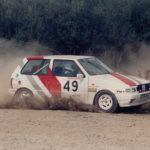 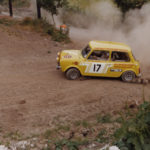 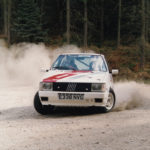 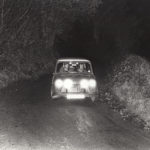 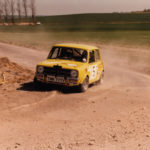 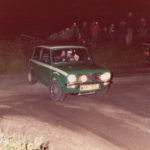 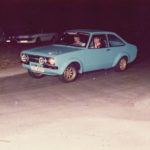 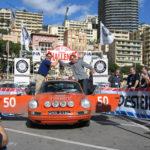 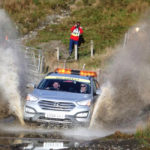 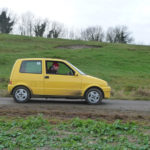 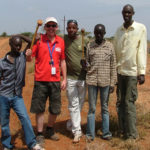