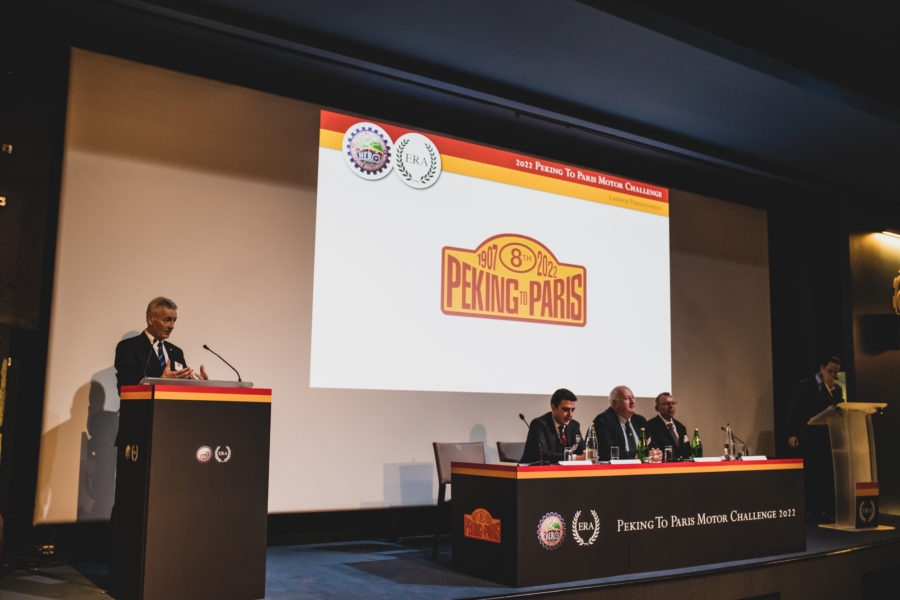 The HERO-ERA organisation can now confirm the decision to reschedule the 2022 Peking to Paris Motor Challenge until 2023. Several factors have culminated in a ‘perfect storm’ of obstacles that, despite the best efforts of everyone involved, have triggered the organisation into making the correct decision to move the event back rather than risk more complications, and protect the health and investment of their entrants.

HERO-ERA now look forward to 2023 when the world should be healthier. However, the team have provided more optimism for 2022 in the form of an event in Mongolia to be announced shortly, which is sure to satisfy the wanderlust of the most adventurous competitor.

“Many factors have contributed to this difficult, but prudent decision to reschedule the Peking to Paris Motor Challenge until 2023. As would be expected from HERO-ERA, every avenue has been explored with as much influence exerted as possible to try in vain to overcome the many obstacles. We did beat some obstacles in July by conducting a successful Mongolian recce, which was encouraging.

“In fact it was so encouraging, with many new none P2P routes found, that we are finalising details of a purely Mongolian adventure event for competitors to experience the sheer joy and freedom of competition by day, then camping at night in the vast and beautiful Gobi desert as an adventure competition.

“Just as with the recent Olympics, although scheduled for 2023, the Peking to Paris Motor Challenge will be dated the 2022 event with 2025 on stream after that.

“The ever changing travel restrictions and the effects of the pandemic on everything from hospitality to logistics have been frustrating. The event has also been hampered by China’s borders being firmly shut, and, according to information presented in the Wall Street Journal, corroborated by our agents on the ground, they are likely to remain so until next June.”

Details of the new Mongolian event will follow shortly, it will be open to all and, as anyone who has competed on P2P will tell you, it is a magical place to drive a motor car and an incredible experience spending nights under canvas in the Mongolian plains. This is supplemented by an already compelling calendar for 2022, with rallies taking place in France (Winter Challenge), UK, France, Andorra, Spain and Portugal (London to Lisboa) Greece, Italy (Temple Rally) Spain, Morocco (Sahara Challenge) and South America, (Lima to Cape Horn) all of which should appeal to adventurous rally competitors across the globe.

A revised calendar outlining the long distance events from 2022 – 2025 will be issued next week.