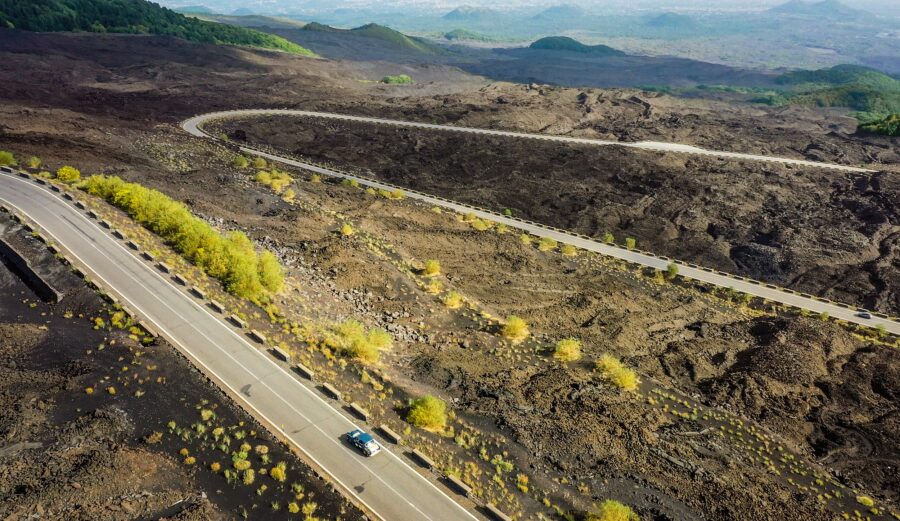 Rest Day at Taormina Ahead of Final Push to Rome

The sweeps were early to work despite it being rest day while the crews could enjoy a long lie in the hilltop coastal city of Taormina in Sicily as the HERO-ERA Temple Rally drew breath after a spectacular run from Athens ten days ago.

After such punishing roads in the mountains of Greece, Calabria and Sicily, there was surprisingly comparatively little work to be done on the 20 cars which contain to push on to the final glorious arrival in Rome on Tuesday.

By then they will have covered 2500 miles or 4000 kilometres in continental Europe and all are loving the adventure for the route has been a superb combination of competition and views and has lived up to the name of the event.

Every day has brought spectacular views since the off as the crews have gone from sea level to over 6200 feet at times on roads which at times have resembled a bowl of spaghetti thrown on the floor, testing for driver and navigators as they seek precision.

Intriguingly, only two cars have fought over the top two spots in the overall leadership. Tomasz Dzitko and partner Beata have held the lead four times, exactly the same number as Benno and Nina Britschgi.  It is Poland versus Switzerland, MGB GT v 1968 Ford Mustang Convertible and less than a minute separates them.

“It has been a great journey to reach here, hard but with wonderful scenery on the way and the car has been really good,”says Tomasz.”We hope we can stay on top all the way to Rome but anything can happen. It is a rally.”

Behind those two, waiting to seize a chance if it comes, is the remarkably consistent English crew of Peter and Louise Morton in their 1972 BMW 2002.  They have held third place every day.

The battle for fourth and fifth is more wide open with four cars battling that one out although John and Nicole Whitelock in a Mercedes Benz 280 SL, the “pagoda”, have held fourth on three days but watch out for the oldest car in the field, the beautiful little 1934 Aston Martin, which is running sweetly and moved to fourth on day 9. Scotland’s Andrew Laing and Ian Milne are in fifth after a troublesome day before the rest but will be back strongly in the Datsun 240Z.

Tomorrow it is back on the ferry to mainland Italy and 200 miles of motoring north towards the Eternal City.