You wait years for a long-distance endurance rally, and then two come along at once! Not content with one epic adventure this month, HERO-ERA have another to end September with and this one is hot. Too much heat though is not a classic cars best friend, neither are corrosive grains of sand, so the oppressive environment of the Sahara then is probably not the first place that springs to mind for most people considering locations to enjoy their prized machine. But for the rallyists in our midst it sounds like the perfect playground, and on Monday 19th September, 41 crews will head into the world’s largest sandpit for 12 days of competition to determine the King or Queen of the desert on the Sahara Challenge.

Before we find our Laurence or Priscilla though, there is the small matter of not getting lost in the largest hot desert in the world, a place capable of searing day time heat and freezing night-time cold. 4500 km’s of tricky route await those seeking glory, there are no special tests on this one, save for the entire route that is, which will place a tax on each and every entrant, and their cars.

Speaking of the entrants, it is a field of diverse machinery, including those brave enough to attempt the challenge in open top pre-war machines, with precious little protection from the elements and the worry of keeping their large power plants suitably cooled. At the other end of the spectrum the Porsche 911 drivers will also be concerned about the temperature of their air-cooled Stuttgart lumps, and competing alongside them there are also Morgans, Healey’s, Saabs and Volvo’s, the latter hailing from much cooler climes. Whether your heart flutters at the thought of a Bentley or a Porsche, as always it is a feast of metal that will no doubt raise an eyebrow, and hopefully a smile, from any passing Bedouin.

Of course, rallying through the sand is no new thing, the Dakar has been capturing the imagination of motorsport and non-motorsport fans for generations, as have the Safari rallies. This will be a return to the Desert though for HERO-ERA, who last visited such a climate on the 2019 Peking to Paris and were most recently in Africa on the 2017 Classic Safari. This event though is based purely around the Sahara, and as such will fit into its own niche and you have to look back to 2015 to find the last time that the ERA ventured here. It isn’t all grains of silica though, there are plenty of mountains to conquer on this adventure as well, as the route picks a path through the mighty Atlas ranges that separate the desert from the coast. The peak of Toubkal, at over 4000m will stand sentry as the cars pass below its lofty gaze, and the participants will be hoping to not linger too long in its shadow and pass through the ranges without incident.

Whilst the finish is the ultimate goal, seasoned adventurers will know to take and enjoy each day as it comes and savour the delights of the journey. This isn’t just about the roads of course, but also enjoying the culture, when possible, in places such as Fez, Rabat and Tafraoute and experiencing two nights of camping under the unadulterated skies of the desert as well, when on a clear night gazing at the Milky Way can provide such enchantment that sleep and fatigue will be forgotten.

But as the trip endures fatigue will never be too far away, for crew and car, but then this is endurance rallying and as such requires an element of exhaustion to ensure the celebration upon completion tastes all the sweeter, and for the lucky few that stand triumphant on the podium, the winners champagne. There are many miles to be covered before that can happen though, and who will take glory is anyone’s guess. To finish first, first they must finish and, on the way, conquer the sands of time and the sands of the mighty Sahara as well. 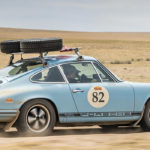 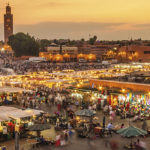 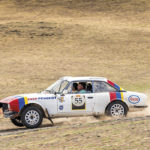 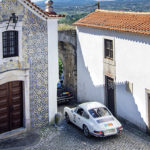 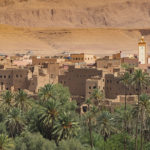 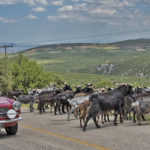