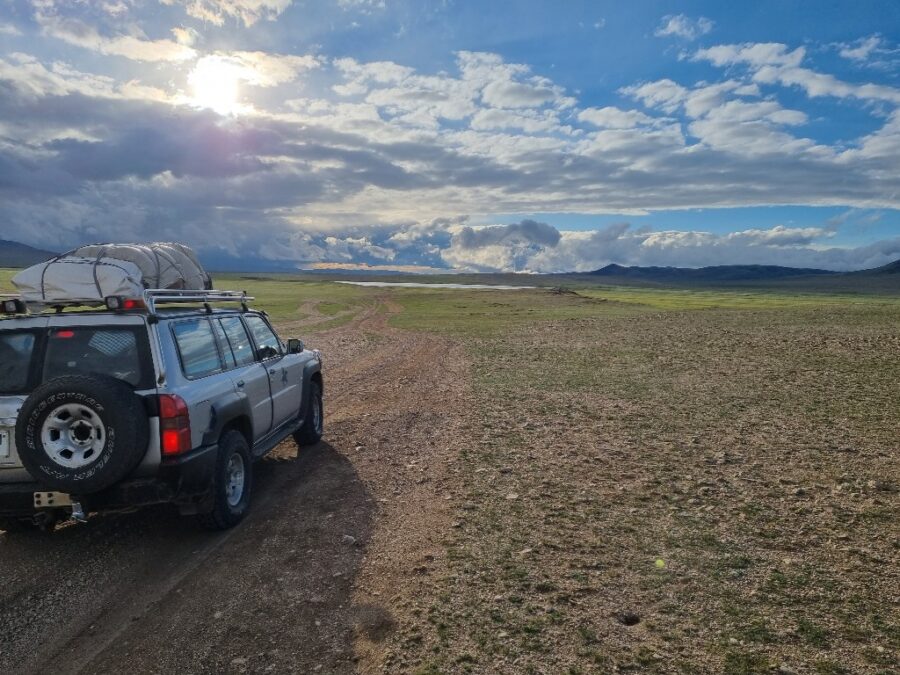 *Three week trip as challenging as the actual event

Defying the odds of actually getting out to Mongolia, then producing a satisfying set of results three weeks later has been an achievement for HERO-ERA Route Coordinator Chris Elkins. A veteran of five Peking to Paris events, he got the job done despite the inevitable restrictions due to the pandemic during May and June.

Chris Elkins; “We achieved as much as we could in the three weeks, I’m really pleased with what we got, we actually covered more ground over and above what was planned, so we could get two events out of it in theory!! Great news.”

With typical HERO-ERA determination to meet challenges and find solutions, Chris Elkins manged to secure a seat on a Mongolian government charter flight available via Germany as the Russian border was still closed at the time. These flights are for getting Mongolian residents who were trapped abroad during COVID back into the country and for their Embassy staff to be refreshed in various locations.

Once in Ulaanbaatar, disembarking the plane took a while as each person had to go through a fumigation chamber on entry to the terminal.

Chris Elkin’s luggage never actually arrived though, having been left on the tarmac in Frankfurt. Chris; “There were restrictions on what could be carried so all my recce equipment along with my clothes in one bag had gone missing. I feared the worst, but incredibly I was reunited with it within 48 hours – It had gone via cargo plane to Berlin then via Seoul to Ulaanbaatar”.

Once through his period of isolation, Chris was up and running ready to start the challenging recce, not least of which was the rally of the COVID tests.

Inevitably in the current climate of the pandemic, there proved to be many regulations but all provinces within Mongolia have different restrictions in place which meant the situation was changing all the time. The country is now making good progress in it’s fight against the disease as they continued to run checks: Chris commented; “ I lost count of how many roadside COVID tests I took. It became almost a daily occurrence as were regular police documentation checks, but they are working.

“In one province, interestingly, I’ve never heard of it being done before, but they said you couldn’t get out of the car, if you did you would have to isolate for 14 days! But they were happy to let us go through if we had our doors taped up which is quite sensible really! They made sure the tape was still in tact at the other end and then let you on your way again!”

Chris Elkins reported that the weather was unusually poor for this time of the year. Three days of snow interspersed with days of high winds, rain, sub zero temperatures and the occasional sandstorm. Camping was not pleasant all of the time.

Chris; “Our recce proper started at the Chinese border and we headed north towards Ulaanbaatar stopping off at a camp in Undershil on the way. We worked on the route we devised over a year ago and followed that route on the map for the recce.

“We concentrated on Mongolia, no other countries at this point as we intend to return to follow our route plan through Kazakhstan in July. From the Chinese border right through Mongolia we covered nearly 10, 000 kms, most of it off road. That’s why it’s been so hard, but pretty much all the off road is on fantastic existing tracks.

“There was the occasional vehicle breakdown, although nothing too serious. The recce car was not in it’s first flourishes of youth with 250,000 kms on clock! It’s saving grace was that we didn’t have any major problems. A number of minor problems, punctures, a bit of the roof rack broke off, but on the last couple of days the axle casing cracked between the diff housing and the axle tube, they got it welded up but we had to keep putting oil in it, but that’s par for the course.

“If you think about it, 10,000 km of punishment on off road tracks is a lot. It’s hardly surprising though, but you could say it was an event in itself!

“On the actual Peking to Paris Motor Challenge next year, we anticipate two days through China up to the border and once in Mongolia there will be a rest day in UB as there could be many broken cars to fix!  The six day trek to the Russian border will take in campsites at Bayen-Undur, Tuin River, Bigger, Durgun Lake, Ulgi Sum, and finally near Tsagaan Nuur at 2200 metres in the Altai Mountains where it dropped to – 15 at night, so I urge crews to bring a warm sleeping bag!”

The pictures Chris Elkins took during the course of the recce are testament to the incredible remote locations, the scenes of raw beauty, but so far from civilisation that it looks as if there could be a need to bring fuel tankers into at least 4 of the campsites.

It’s recce done for Chris Elkins but it seems his trip is not over yet!

Chris “After three weeks out in the field doing the recce, with some terrible weather which made camping really grim at times, I’m now stuck here in Ulaanbataar and can’t get back for another two weeks!

“However, I’m looking on the bright side. It’s not like I’ve got nothing to do, loads of work, 350 pages of recce notes to write up for a start. Nobody else could decipher my wobbly writing after being bounced around for three weeks making route notes as we went, I hope I can!”

Read more about The Peking to Paris Motor Challenge 2022 here 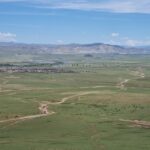 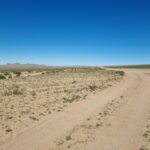 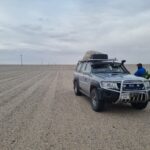 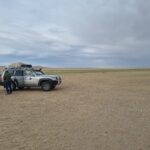 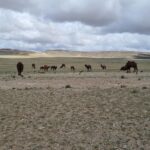 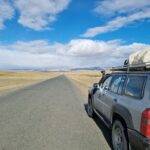 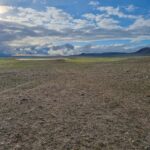 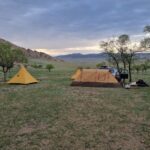 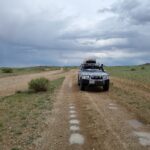 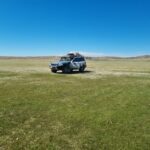 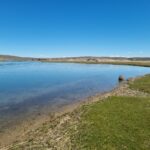 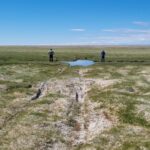 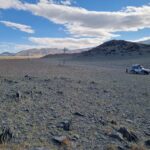 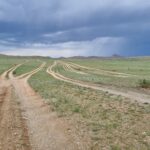 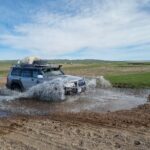 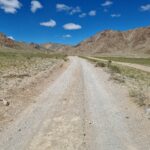 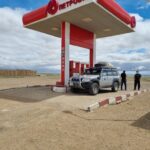 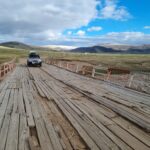 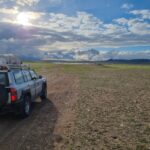 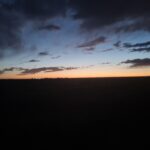