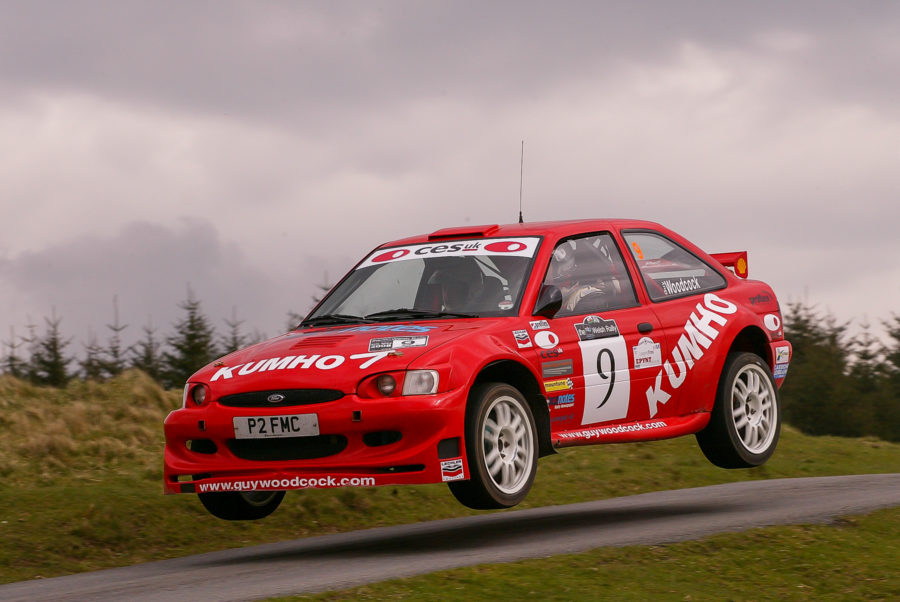 We delve into Guy Woodcock’s impressive competition record, the foundation of his experience for the exacting role of Competition Director

The current restrictions prevent us getting out to photograph and interview our subjects so we decided to turn on our own team!  We have started to swivel the spotlight inwards on our own staff which has revealed some extraordinary characters with great motor sport experience way beyond what you would expect. Their competition history alone qualifies them for their respective roles but one man has been likened to a multi combat fighter aircraft, such is the variety of his skills. Part one of this Spotlight feature concentrates on the enviable competition record of a senior HERO director.

There can be no more exacting job in Historic Motorsport than the role of Competition Director for the world’s foremost historic motoring events company HERO ERA. Organising every facet of events around Europe for HERO and around the world for the ERA takes a massive amount of hard work, skill, intuition and thorough planning.

And there can be none better qualified or prepared for the onerous job than Guy Woodcock. He has been involved on all sides of the sport, as a marshal, a driver, a navigator and organiser helping him rise to the top of his game. He brings 40 years of all round experience to bear which when melded to his rally hardened competition team, produces a variety of events that customers enjoy so much they come back for more.

A large part of that success is derived from the front line of rally battle, in special stages, road rallies, regularities and tests, from club to national and international rallies.

In all respects Guy Woodcock is a winner. He is driven to detail that produces the best possible events using all his vast experience and contacts from over four decades in the sport. Nurturing associations with governing bodies, motor clubs and local authorities, Guy has built enviable relationships and a highly qualified team around him to meet the demands of the different appetites of competitors from around the world.

Whilst it is clear is that Guy has an absolute passion for motor sport in all it’s forms, he remains objective and resolute in making sure every facet of an event delivers on it’s promises even when he is surrounded by revving classic Ford rally cars, his favourite machines! 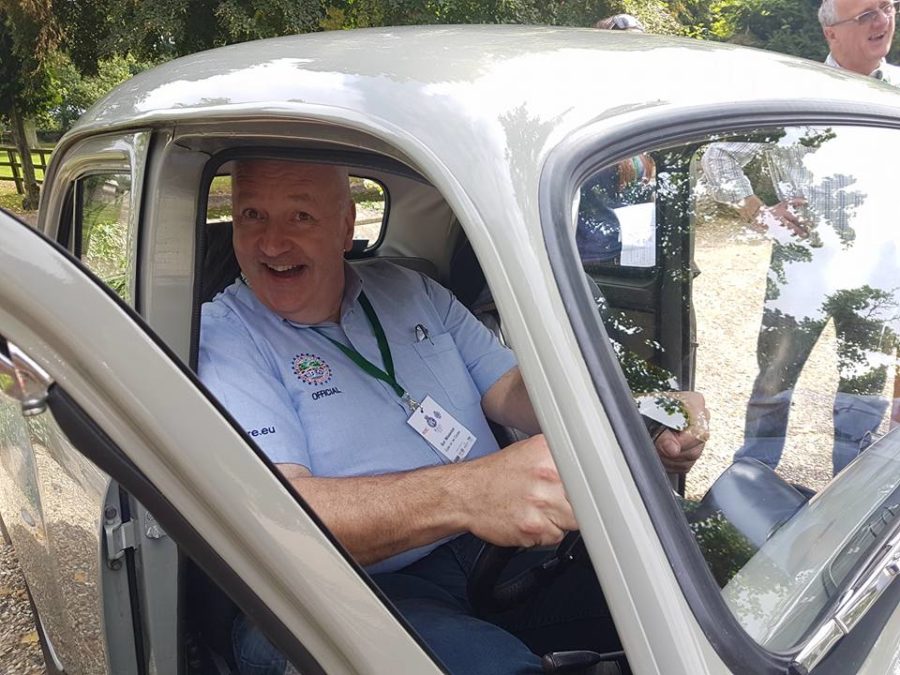 In this first part of this story, we trace the competition history in the Competition Director that fuelled his love of rallying. With circa 700 events to his credit in all roles, swopping driving and navigating positions in near equal measure, organising events was a natural progression. But that hasn’t stopped him competing when he can, squeezing rallies into his hectic schedule.

Earlier this year he won the Jasper Bakeries David Owen Historic Stages by 14 seconds after 10 stages with Bob Rutherford navigating. They beat a Vauxhall Chevette HSR, and a Porsche 911 in one of his two Mk2 Ford Escorts, this one being the Tarmac Spec BDG engined version. His second version is the Pinto engined RS2000, the same car he used with great success on the Roger Albert Clark Rallies over the last 10 years achieving numerous top ten results. Returning to the driving seat last year he claimed a rusty 15th overall in the 2019 Roger Albert Clark Rally with Will Rutherford on the notes.

Tracing the origin of his love of motorsport, it was almost inevitable that young Guy would get hooked. He could smell the burning oil and tortured tyres just across the road from his house!

Born opposite the gates to Loton Park, where rounds of the British Hillclimb Championship were held, he crossed ‘over the road’ offering his help aged just 10. He was marshalling and helping the Hagley and District Light Car Club where and when he could throughout his teenage years. Once he’d got his driving licence though, he thought he’d better join a motor club!

Joining his local Welsh Border Car Club which was a rally club, Guy started marshalling on rallies as soon as he was mobile. But just as quickly he was driving on his first ever rally. “ I competed in my first event, a Welsh Border CC 12 car rally only 14 days after passing my driving test in 1978. That was in my first car, an 1100 cc Ford Escort with Uniband remould tyres!” Recalls Guy.

The following year his enthusiasm for his sport was channelled into officiating as he spent any spare time in 79 marshalling.

1980 and Guy was driving in his first ever stage rally in his trusty Escort, the same car he used as his daily transport. “That car was registration AOP 125K, there you go I can still remember! By that time it had a 1300 cc engine which probably came from the scrapyard. Like lots of others at the time the car had to do everything, work, rally and be general transport but I competed in lots of single venue events around Oswestry, Telford and Shrewsbury like Condover Airfield. These events would attract 40-50 cars, it was great fun.” 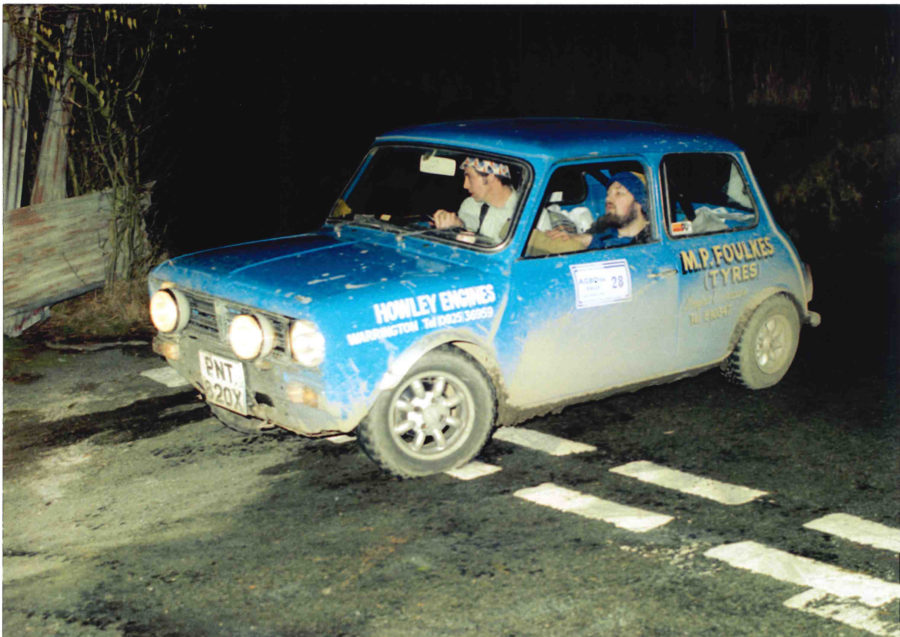 By now Guy’s versatility was showing through as he competed successfully both behind the wheel and in the hot seat. It was whilst in the depths of a road rally together that he and friend Dave Evison decided that they should organise an event for their club, the Welsh Border Car Club in the absence of a top event on the club’s calendar. Dave had been part of the team that had put on the Border Uniflo Rally in the late 70’s as part of the Motoring News Championship, but that stopped running. By 1983 the duo organised the first Snowliner Rally which went on to be one of the most successful events on the rally calendar. “It became a Division One Welsh Road Rally, voted the best in 1987” said Guy proudly. Dave and Guy are still friends, another strong rally relationship forged in the early days that endures now. Dave Evison is the secretary of the Welsh Association MC Forest Rally Championship. Another on the scene as a navigator in the early North Wales rally days was a certain David Richards who went on to become World Champion co driver in 1981, DR also attended the same school as Guy’s children, Brynhyfyd in Ruthin .

The 1980’s for Guy were primarily road rallying, cramming events into his busy life as a Chartered Surveyor for the Welsh Development Agency at the time. He worked for the WDA for five years.

In 1985 he won the Division Two Welsh Rally Navigators title, in 1987 he won the Welsh under 1300 cc Championship as a driver! In fact 1985 was a little bit crazy as Guy recounts. “We won the championship but competed in 35 events that year alone! On one weekend we did a stage rally one day, then dashed off to a night rally followed by a stage rally the next day. It was a bit hectic but we were a lot younger then!”

Although Guy Woodcock has always loved Ford rally cars he did have a dalliance with other marques such as Vauxhall and Peugeot. It was his dalliance with an Astra GTE stage rally machine in the early 90’s that nearly got him into serious trouble. 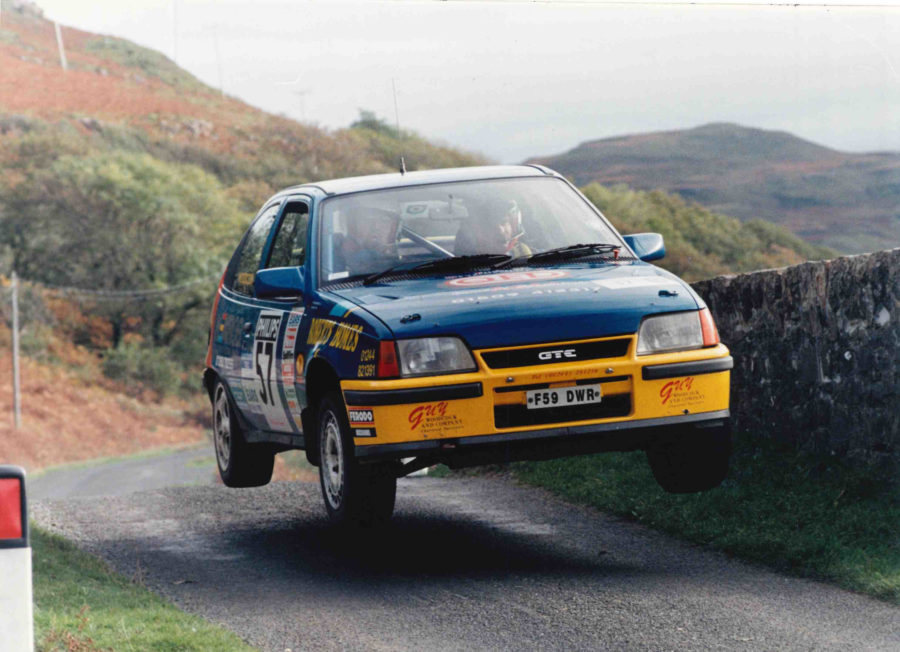 Guy, “We were competing in the EARS Motoring News tarmac championship in an Astra GTE all around the country including Ireland and Belgium. It got to the point that the service crew said you’re going to have to change the car because you’re going to kill yourself, you are driving absolutely on the limit and there’s nothing left of the car!

“We bought an ex Chris Birkbeck Ford RS2000 that started my love for the Ford RS models that still burns today, then the ex Gwyndaf Evans Ford Escort F2 Maxi car that he used in the Response colours was acquired in Ireland. We used that car through to 2009 including winning the West Euro Rally Cup (held across Belgium, Germany, Holland and Denmark) three times from 2004-2006.”

The Woodcock team were invited to compete in the Dutch F2 Rally Championship in 2007 which a delighted Guy turned into an economy run. “There were eight events but it was the cheapest year’s rallying I have ever had! We earned Euro 3,500 prize money across the year, the hotels were free, I think I only paid one entry fee all year. It was one of the best rally series ever and we made loads of great friends.

“One was Dutch rising star Kevin Abbring and his father Edwin who had been a great help in our trips to Holland , I let Kevin use the Escort Maxi for the Amsterdam Rallysprint Weekend , Kevin should have made it to the WRC but Andreas Mikkelsen came along with a big wedge of cash so I believe that ended a promising WRC career.

“Everyone was so friendly and helpful in Holland. The stages didn’t have big cuts like in Belgium, they would put oil drums on the inside to protect the apex of the bend, also you went off the tarmac onto sand which gave better grip than you could imagine! Some stages we did three laps of industrial estates or parks which were always exciting if you caught someone.

“The service crew made so many ferry trips to Holland they reckoned they spent more time in their Hull Rotterdam ferry cabins than they did at home”.

The record goes on. Guy Woodcock has won the famous Devil’s Own Rally no less than three times in two different cars with three different navigators. “The first time” explained Guy, “I got a call when I was in the pub on a Friday night from Matt Warren who couldn’t compete at the last minute. ‘Yeah, I’ll do it, no problem,’ unfortunately I woke up early next day with an almighty hangover regretting my decision and having to drive down to the rally, but we won it somehow!

“For the second win I was navigated by my son in law Ryan Pickering and the third by Ali Proctor”.

The full on responsibilities of being Competition Director of HERO ERA have cut his competition programme right down, but of his impressive list of successes which were his favourite rallies, starting with his best road rally?

“That was the AGBO Owen Motor Club Rally in 1984 navigating Derwyn Evans in a Howley Racing 1430 cc Mini. Everything came together, it was an awesome night, in fact it was the last time a Mini finished in the top 15 of a Motoring News event although Paul Bosdet still argues it was him !”

His Favourite stage rally?  “Any rally on the Isle of Man, always! I was with John Skinner on the Manx International in 2000, he and I were joint clerks of the course for the Manx National, but we finished 6th overall in the F2 Escort against a top international field, very satisfying. Later in 2013, we finished 3rd O/a in the Historic section of the Rally Isle of Man in the Pinto Escort .”

In the second part of the Spotlight feature on Guy Woodcock we learn how he coped with his first regularity event and made the transition to HERO ERA Competition Director after a chance meeting in a snow bound ditch in the North East! 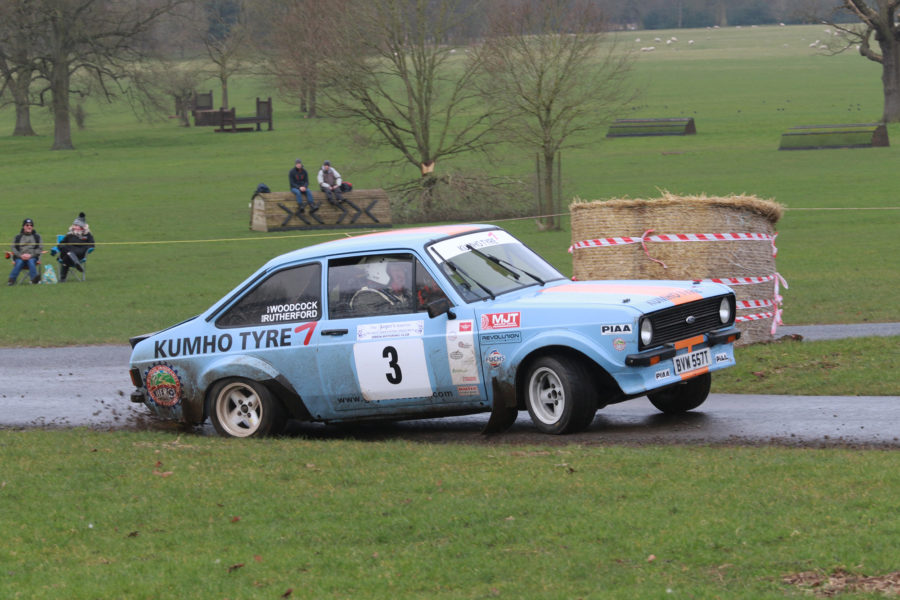