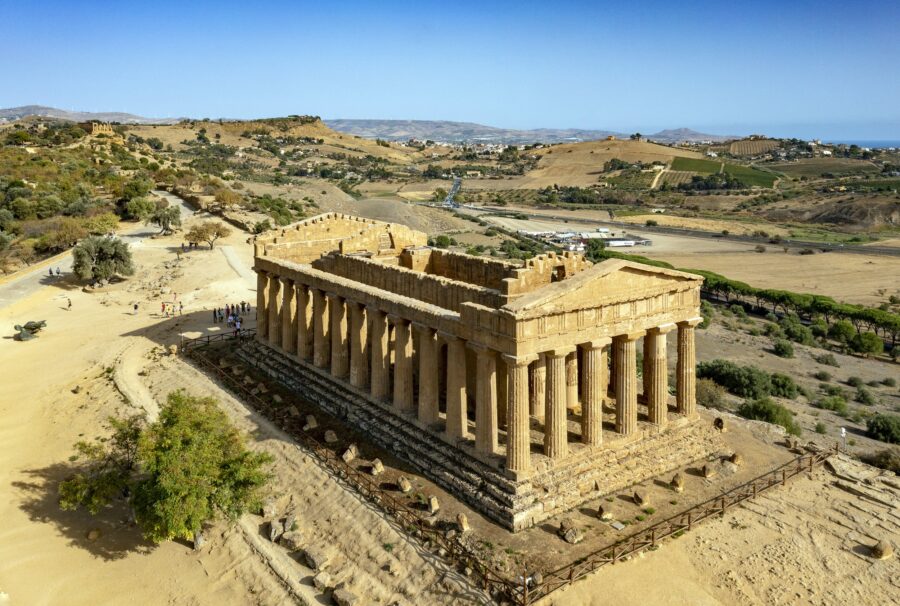 Rise and sail folks. That was the message for Day 8 as the Temple Rally cars moved on from the mainland to the Mediterranean’s largest island for a three days visit which brings with it some of motorsport’s most historic racing roads.

After the half-hour crossing, the crews cruised the motorway which is more a long tunnel for 50 miles connected by viaducts, an extraordinary piece of road in itself, to the first gathering point, lunch at the Targa Florio and Sicilian Motor Museum, a must on the 2500 mile HERO-ERA Athens to Rome rally.

On a day when the temperature reached 37.5C, the challenge began for the open-top cars, Aston Martin and Bentley with the drive in the unrelenting sun but the welcome and lunch at the museum was a terrific inspiration for the competitors.

Nuccio Salemi, the museum director, welcomed the cars with an enthusiasm which was matched by the superb hospitality of the simple but alluring venue. “It is such an honour for us to have a HERO-ERA  event stop here,”said Nuccio. “We are part of motorsport history and to share this passion with people who are on this rally is really wonderful.”

The Targa Florio is one of the great stories of racing car history starting in 1906 in the mountains of Sicily  when the entire island was lapped but then being adapted as time went on so that there were three different routes available.  Rally organisers tried everything to run the Temple Rally on parts of the Florio but the original roads are now too bad.

Former F1 world champion Graham Hill won the race and a lap record breaker is someone who is a familiar face to followers of Grand Prix races, Helmut Marko.  You might not know him by name but he is the key man at Red Bull Racing and is often to be seen on television  in the garage talking to Max Verstappen.

He drove the fastest laps around the 72 km circuit in the 1972 race, catching up over two minutes on the leader within two laps to finish second by a mere 17 seconds. He did call the event, part of the World Sportscar Championship totally insane and it was ended in 1973 but the legend continues.

For Scotland’s Andrew Laing, who is sitting in fourth place in a 1974 Datsun 240Z co-driven by Ian Milne, this was a highlight of the event.”It is kind of a pilgrimage for me.  I grew up looking at a lot of the cars that took part in the Targa Florio.  Look at this,”he said, indicating a film of cars hurtling round the roads with thousands of spectators lining them.”Look how big the cars were, they came from Le Mans and raced here.  It’s a wonderful place with some beautiful cars and a nice feel.”

Another driver, Hans Middelberg had an even more nostalgic connection.  Hans is driving a 1967 Ford Mustang, and as the US-based former German citizen looked around, he spotted some familiar things from the past.  “That Lambretta scooter is just like the one which was my first motorised transport.  Over there is the Fiat Topolino which I had, And just there is the DWK which we tweaked and managed to get up to 140 kph to race on former airfields in Germany in the 60s. This is a very wonderful place.”

Hans is partnered in his Mustang by Australian Malcom Rose and if there was an oldest in class, they would walk it for Hans is 82 and Malcom a sprightly 78.  Not that you would ever know and while they are not threatening to win the event, they are pushing on in the regularities and tests and are regarded by the younger crews as nothing less than tough competitors.

“Who cares about the age,”says Malcom, from Sydney. “We’ve done three events together and this is more fun.  The regularities are not easy and today with the heat and the broken road, it wasn’t easy but here we are.”

Here was another beautiful hotel down on the western coast of Sicily at Agrigento where two formidable regularities high in the hills on roads which had seen better days, a while ago, demanded skill from driver and navigator.

Fortune came in various forms. Ivan Pusnik and his daughter Tisa, who are in a green Saab 99 from 1973 had seen the notes warning of a very large bump in the road just after the start of Regularity 2 but took off on it anyway. The resultant landing wiped off the sump guard and almost immediately the car came to a halt, engine off.

They stopped at the side of the road fearing the worst but it turned out the loose back seat had risen and landed on a safety kill switch in the back.  They got going again and sit in 12th place which delighted Tisa who thought their day was over prematurely.

The real drama came at the end of the day as Peter and Louise Morton made their way back on the road from Regularity 2.  They had to be back by the deadline marked by the dreaded OTL  (over the time limit) and were running close when the car lost momentum with 12 kilometres to go.

It was the most terrible feeling,”said Louise. “We sent a message to the organisers and tried to fix it ourselves but the throttle cable had broken and its was very awkward.  I have to say that all the competitors who were behind us checked to see if we were ok and if we needed any help. That just shows the quality of the people who are taking part. We all want to do well but we look after each other.”

As time was running dangerously close, the saviours arrived in the form of the ‘sweeps’, nickname for the HERO-ERA mechanics who come along behind the field in every challenge and test to make sure that everyone is ok. They got to work, fixed the cable and the Mortons got over the line with just two minutes to spare in their very tidy 1972 BMW 2002.

That meant that yet again, the most consistent pairing in the rally ended the day third.  Tomasz Dzitko and partner Beata, increased their overall lead by a few seconds from Swiss father and daughter Benno and Nina Britschgi.  Like the weather, the battle is heating up. 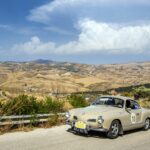 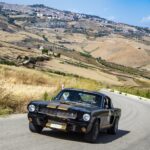 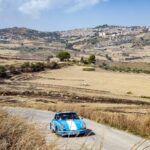 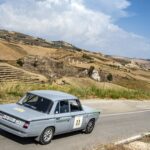 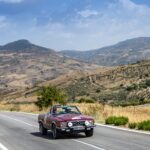 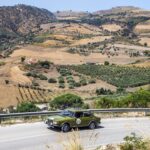 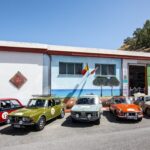 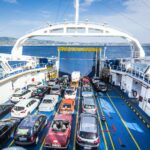