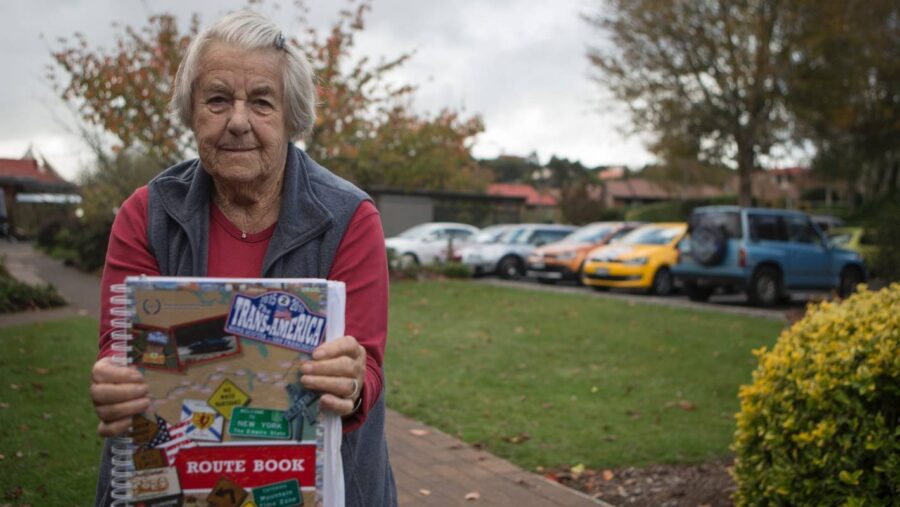 Dorothy Caldwell, mother of Alastair passed away on February 10th 2021

The world’s oldest rally navigator has sadly died (Dorothy Gertrude Caldwell, January 6, 1918 – February 10, 2021) at the ripe old age of 103. HERO-ERA are deeply saddened by the loss of such an incredible woman, a mother and adventurer who took part in long distance ERA events from as far apart as America to Saigon navigating for her son Alastair Caldwell (77) a former McLaren F1 team manager who masterminded James Hunt’s world championship success in 1976.

Dorothy Caldwell used to visit her son Alastair in the UK and it was while she was there one year that he suggested she accompany him as a navigator on long distance rallies. Dorothy took to navigating incredibly well, a fact made all the more amazing as her rally career only began in 2012 when she was already 94! She loved the experience, meeting many new people and enjoyed the adventure.

In fact she loved the adventure so much that the Hamilton, New Zealand domiciled great-grandmother became a world record holder in her 90s after entering the Guinness Book of Records as the oldest ever rally navigator. She still holds that record.

Alastair Caldwell worked his way up through the ranks at McLaren which was naturally heavily populated with Kiwis in the seventies, their hero was inevitably the late, great Bruce McLaren. After a Grand Prix career at McLaren, ATS and Brabham working with Bernie Ecclestone, Alastair started a very successful storage company that eventually allowed him time to start his own classic rally career which he still conducts with passion today. One of his famous drives was in the Carrera Pan Americana driving the tiny giant killing Austin A35 amongst all the massive V8 muscle cars, a car much loved by the Mexicans who nicknamed it ‘La Cucaracha’ or the ‘Cockroach’.

It was into this world of rally adventure that his mother Dorothy happily entered        after the offer to join her son on a rally as his navigator. Their first major long distance event together was the Trans America Challenge in 2012, but not before some training in build up events mainly in the UK.

Alastair; “She was brilliant. We were in Kent and the road signs were in small lettering and I thought okay she can do this, so I took her on more and more adventurous rallies”.

Those events they competed in included the 2012 Trans America Challenge Rally over a distance of nearly 1000km from New York to Alaska.

Alastair continued; “After the Trans America where she received the ‘Spirit of the Rally Award’ we then had to drive back to New York to ship the car home to the UK some 12,000 miles at the age of 94.” Dorothy repeated the Trans America challenge in 2015.

Alastair said Dorothy never tired of Rallies, she enjoyed the adventure; “We would finish each night and women in their 40s would be saying how exhausted they were and mum would be there saying it was fantastic. She would be up and ready to go the next morning.”

“She loved the rallies, she met lots of new people. She got to see wolves, bears, moose.”

Dorothy’s favourite rally was The Road to Mandalay where she navigated through Malaysia, Thailand and Burma.

Dorothy’s last rally was the Haka Classic around the North and South Islands in 2016 at the age of 98.

Born on January 6, 1918, in Worksop, Nottinghamshire in England, Dorothy was the third youngest of eight children.

She met her husband, Scottish veterinarian David Caldwell, in Sheffield, when picking up her dog one day.

“She took the dog home and her mother said ‘how did it go?’ And she said it was very good, the dog is good, and I just met my husband.” It was love at first sight for Dorothy who married David on February 15, 1939.

They had three sons’ Michael, William (Bill) and Alastair.

Sadly Dorothy outlived two of her sons, Bill was killed when racing in the Teretonga in 1966, and Michael died due to illness a number of years ago.

Alastair; “She was a great mother and never harsh words. She always mothered by love, not by shouting, she was a very kind calm mother.”

The family immigrated to New Zealand in1950 through a government scheme as her husband David was highly sought after as a veterinarian.

Dorothy received a card from the Queen for her 100th birthday, she was also sent a personally handwritten letter from Prime Minister Jacinda Ardern. 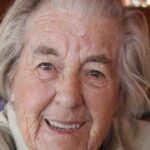 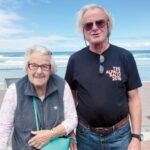 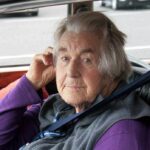 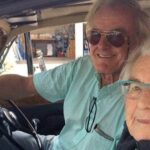