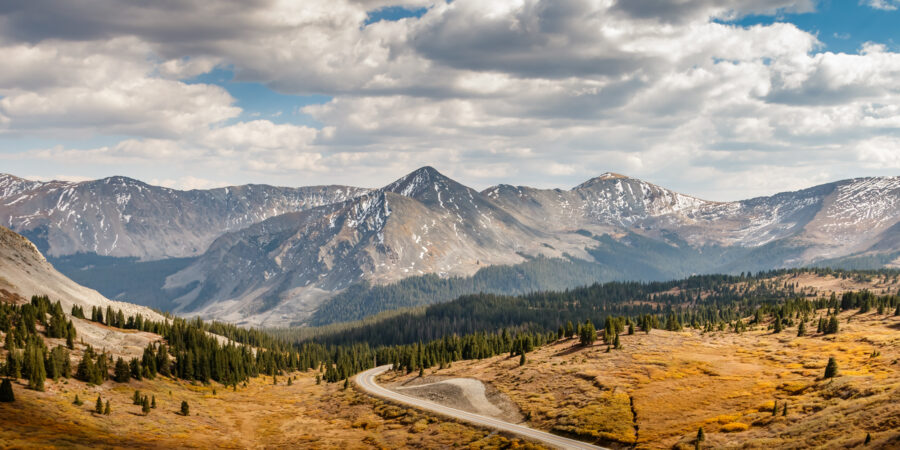 Come and find the America you didn’t know was there, this is the 51st State

America, we all know what it’s about, right? The land of the brave and the free, but all living in towering concrete casts, with block after block of gridlocked traffic in vast cities, linked by endless, straight highways that travel through vast expanses of nothing, as if the apocalypse had already come, right? Wrong, actually. Sure, there are colossal cityscapes, and there are miles and miles of multilane highway, if you choose to use it. But there is far more to the 50 states than this, and I would like to invite you on a journey that will smash your preconceptions and introduce you to another America, a different America, let me take you to the 51st state.

This is an America of a bygone age, the America of Kerouac and Ginsberg, days of endless opportunity and adventure played out against scenic backdrops that are so breath-taking, so awe-inspiring that you’ll be convinced you are trapped in a computer-generated world, you aren’t, it just really is this good. On the road, but off the beaten track, away from the rat race and traffic jams of the big city. I can’t promise there won’t be any highway, as America is huge and to cover the vast distance of the 2021 Trans-America (5300 miles across 21 days) there has to be some, but I can promise you it will be minimal. For the majority of our adventure, we will be tracking along the old roads, little used, and sometimes unsealed, whilst the rest of the population chooses the main thoroughfares.

From Houston to San-Francisco, on a route that brings us within touching distance of the Canadian border, this is a coast to coast, bottom to top to bottom again exploration of the United States unlike any other. Forget Route 66, forget Will Rogers and come along and write your own spontaneous prose every day of this blockbusting extravaganza of a rally, with a menu of delights that eclipses anything even the most glutenous roadside diner could offer. You want mountains? Goodness will there be mountains, with roads that take us high into the Rockies and the Teton’s, travelling at altitudes that surpass 10,000 feet on routes that are still inaccessible right into very late spring.

You want plains? That’s on the list as well, in fact it wouldn’t be America without them, following in the footsteps of those first pioneers that crossed the prairies, despite that landscape now being endangered we’ve found the very best of them. How about giant forests, full of even bigger trees? Trees so large that the road runs through the centre of the trunks, in a forest so dense that it will take us hours to travel through it.

What about the national parks? Absolutely there will be national parks, with a run through the incredible Yellowstone, on a route that has been designed to allow you to maximise your time there, without the worry of time controls and maps. After all, what is the point of travelling through these breath-taking places if there isn’t time to enjoy them as well, it can’t all be about the competition.

Then there are the crossings of tremendous rivers, some wild and unforgiving, throwing white water at the rocks and boulders that surround them and cutting an ever-deeper groove into the canyon floors that they flow through and some vast and wide, waterways that look as though they could easily carry the entire fleet of the US Navy along their navigation.

This promises to be a rally like no other, as no other country that we visit has the variety offered up by the United States. A variety of people, and customs, from famous southern hospitality and good old boys to the tougher folk that inhabit the mountains, as well as the laid-back fellows of the west coast. Then there is history like no other, a natural history told by the landscape as we cross states and continental plates, forever flanked by larger-than-life scenery that will leave you inspired and enthused.

This is a journey of contrasts, there will be stops in successful towns and cities, affluent and comfortable, built on technology, or on leisure, such as the beautiful Colorado Springs.  But we will also encounter ghost towns and remote areas, long forgotten and pining for the good old days when the Gold Rush and mining booms bought in wealth and prosperity. There will also be the places that are built on the caricatures of their pasts, offering up the ‘true’ experience of the mid-west for anyone who will let themselves believe it. Place names you recognise, such as Houston, Jackson and Amarillo will be equalled by names that you do not, like Great Falls and Whitefish, names that offer up intrigue but are also unquestionably American.

What you believe and what you find on the road will be your own truth of course, but this great journey, this adventure will leave you with a different point of view about what it is to explore America. This is the America of Ansel Adams, the America of Dylan and Nelson, the America of the first pioneers that pushed west and were rewarded for their endeavour by some of the most incredible landscapes on the planet. This is a natural America, an America of wild flora and fauna, untamed and unspoiled and full of quiet roads that dance around the landscape, rather than bulldoze a route through it. This is, really, an absolute trip of a lifetime and an opportunity to find something that most of the world never will. Come with us, and discover a forgotten America, the 51st state. 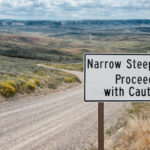 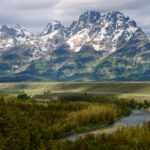 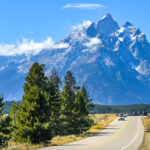 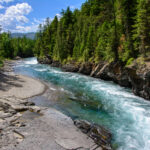 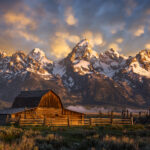 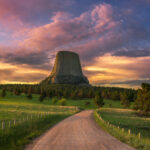 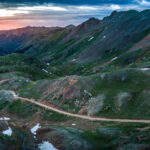 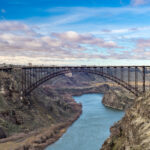 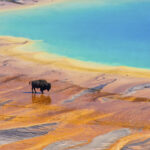 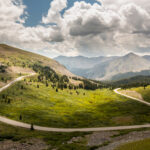 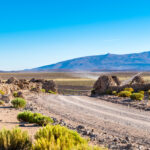 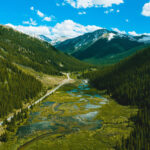 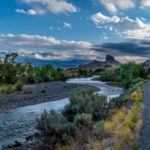 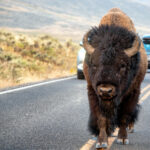