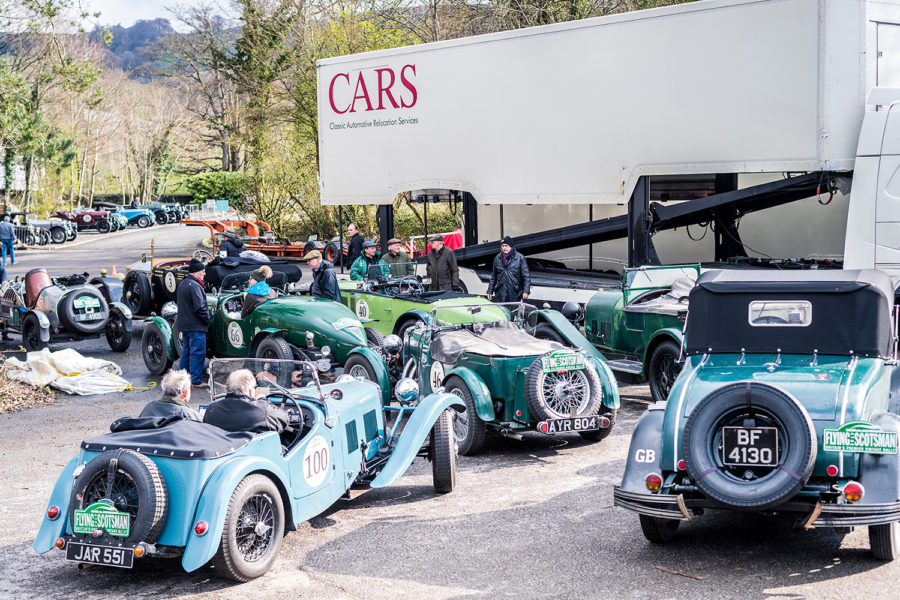 Staring number one are the daring British duo, David Ayre and Iain Wilson who will clamber aboard the monstrous seven litre 1907 Itala 40, perched high in their seats exposed to the elements. Right behind them an equally brave Dutch crew, slung a little bit lower but still exposed to the elements in their 1911 Knox R, Michel Laarman and Maryan Greif.

Right through the valuable field of incredible vintage cars there are rare and precious cars. But the owners are determined to enjoy them throughout the course of many tests and regularities between the Lake District and the finish at Gleneagles in Scotland on Sunday.

Richard and Victoria Nicholl in their 1931 Alvis 12/50 Special summed up the anticipation as they prepared to take their beautiful car through scutineering. Richard said, “ We are almost ready to go, three days and 700 miles of fantastic roads through England and Scotland await, it’s going to be great!”

Preparations were not so great for top navigator Tony Brooks who went flying as he slipped on a wheel hammer by the side of Jim Gately’s 1937 Cadillac convertible. Although he was very stoic, he was in a lot of pain with his ankle, awaiting an ambulance. Tony was hoping to get back into the fray with some sort of cast. “Unfortunately not” said the American driver Jim Gatley, “poor Tony has just called from the hospital before going into surgery, he is going to have pins inserted, it is really tough luck, we all wish him well, I really hope he’s is back soon, such a great guy”

In the mean time, Jim who has come a long way to compete in the prestigious Flying Scotsman, is hoping a replacement navigator will be on their way.

Richard and Michael Broughton are full of eager anticipation ready to give their former New Zealand domiciled 1934 Riley Kestrel it’ first outing. Said Richard surrounded by open topped vintage cars, “ I’d love one of those but my wife wouldn’t let me have an open top car, this is the one for us. The Riley is looking good!”

As Richard spoke a crescendo of shreeks and screams of joy temporarily blanked out the noise of the straight exhausts. Charles and Nellie Bishop hugged and congratulated Andrew Bailey and Philippa Spiller who just announced they had wed in secret! The new Mrs Bailey explained that they just got married quietly with only a small group attending, but they were not going to miss the ‘Flying Scotsman, “we’re here to enjoy the rally, it’s our Minimoon” said Andrew.

Regular rally man and former motor cycle racer Stephen Owens was unrecognisable in his full sheepskin head and body apparel. “ I’m hiding behind three sheep in here!” as he and navigator Nick Cooper snuggled in the cockpit of the sleek 1937 Jaguar SS100. “It’s us versus BMW!” added Stephen whose Jaguar is up against no fewer than seven Frazer Nash BMW 328’s also from 1937 in their class.

Part of the Frazer Nash BMW opposition is provided by Peter Lovett, a formidable driver. His navigator is current Motorsport Chairman and boss of Prodrive Engineering, David Richards.

David is on his third Flying Scotsman so what is the attraction? “ It’s a great event, this will be my third, it’s so popular, the classic car scene is booming. With more and more restrictions on modern cars that do the job but are quite boring, these vintage cars are fantastic to drive! What better way to experience these cars than to go on an event like the Flying Scotsman?”

With crews from the USA, Germany, Norway, Holland, Belgium, France, Switzerland, Ireland, Sweden, Italy, Slovakia, and the UK taking part, the indication is that classic rallying is indeed in great health, especially the premier vintage rally,’ the Flying Scotsman’ dedicated to cars up to 1948 only.

Spare a thought for the very nervous Polish first timers, Tomasz Dzitko and Beata Siwek in the ERA Arrive and Drive AC March 16/18 Speciale as they await the start on Saturday morning. With the first car way at 7.46am they start 67 minutes later, plenty of time to consider the expert competitors around them and the long road ahead. 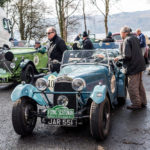 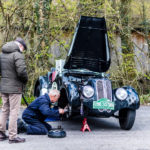 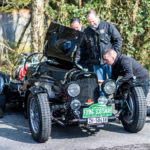 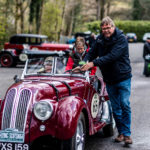 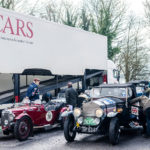 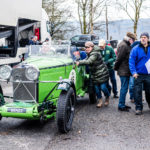 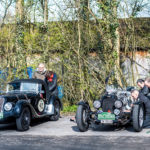 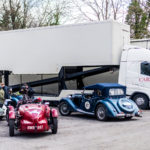