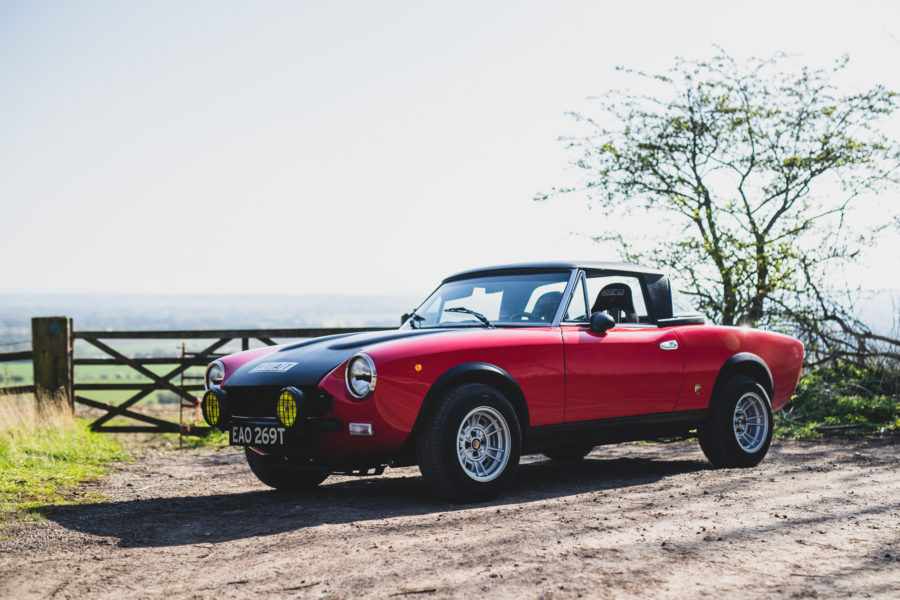 Good Things Come in Small Packages, as we Get to Grips with the Latest HERO Arrive and Drive Car

Some things would be better if they had stayed the same. The price of a pint for example, if it had remained fixed since 1979 then popping to the local would almost certainly be a better experience. Some motor cars as well ought to have had their designs left well alone, the 1974 MGB, with those hideous rubber bumpers to satisfy the American market is a great example of that. One of the MG’s rivals though managed to resist upsetting the design of their small displacement sports car for nearly 20 years, including the period when the production was picked up by the design house that had penned the original. That car was the Fiat 124 Spider, drafted by Tom Tjaarda in the hallowed halls of Pininfarina and first revealed to the world in 1966 and now available through HERO’s Arrive and Drive platform.

Only minor changes were made to the design throughout its production run and whilst at the time it was considered unreliable compared to the competition, certainly across the pond in the States, these days this is understood that the reliability issues largely came from the franchise dealers than the cars themselves. The fact that there are still many going strong on the roads over 50 years since the first ones rolled off the line, shows the potential longevity of the car. Not to mention a production run with Fiat that lasted until 1981 and a further lease of life under Pininfarina until 1985.

The machine that the A&D team have lent me for the day is somewhat of a hybrid, a ’79 Spider Sport with some of the looks of the Abarth Rally version of the car, that was created by the famous Abarth tuning house and put into production in 1972 to homologate the car for Group 4 rally competition. The ‘Abarth Stradale’ as it was known, built on the already good looks of the 124 and added some muscle and grunt, without stamping all over the beautiful design of the base car. It was successful as well, with wins at the 1972 Hessen Rally and Acropolis Rally, and another at the 1973 Polish Rally, the 7th round of the inaugural World Rally Championship. It even managed seventh at the 1973 Monte Carlo rally, finishing mostly behind the all-conquering Alpine Renaults. Success continued over subsequent seasons, particularly at the hands of Markku Alen, who along with several podiums secured his debut win at the 1975 Rally Portugal, and the last world championship win for the 124 before it was replaced in ’76 by the 131. Before all of that though, the 124 Sport itself had enjoyed its own success, winning the 1972 European Rally Championship with Lele Pinto behind the controls.

A strong motorsport pedigree then, and modifications to this particular test subject that are in keeping with the car’s history. But what is it like to drive? Well, as you would imagine the space inside the car for its two occupants is scant, unless of course you happen to be ten years old or built like a racing driver. Sadly, I am neither of these things, and it is a struggle to settle my frame down into the bucket seat and wedge my legs into the footwell. Thank fully, I am also told that the seats are going and will be replaced with items that are more forgiving and offer a bit more adjustment.

This aside, and after some acrobatics, once I’m settled in and fire up the engine I can’t wait to get moving and the nasal crackle that emanates from the exhaust when I blip the throttle only hastens the engagement of first gear, and my departure. Out on the road and I’ve soon forgotten that I don’t really fit the car, it feels great. In fact, the driving position only seems to enhance the chassis’ communication of what is happening on the road beneath me, corners come and go and my confidence builds in the spritely little Fiat. It’s not fast flat out by any stretch, with a modest 116 horses on tap from the four cylinders up front it isn’t going to be setting any speed records, but it’s lightweight at less than a tonne and the 2.0 l powerplant does a fine job of getting you up to speed and out of the corners, which is perfect for rallying.

It carves through the twisties with remarkable ease, and whilst if you really lean on it through the ultra-tight bends it is susceptible to break traction on any severe bumps, it soon regains its composure and piles on forward whilst you laugh and giggle at the fun you are having. Indeed, fun is a good word to describe the cheeky little Spyder. It’s a rascal of a car, that belies its small stature and rewards the contortionist performance required to get in the thing with a rousing ride, that, like many a small sports car, feels much quicker than it really is. It’s easy to drive as well, and whilst it rewards and challenges those who like to push on, it is also a car that anyone, regardless of experience, can jump in and get on with out of the box.

Soon it’s time to return the car to base and give the keys back. My exit from the car is less than graceful, but quite frankly I don’t care as I’m a heady mix of endorphins and smiles. It goes as good as it looks, which with all of the recent work to engine and suspension by renowned Italian car specialists DTR one would expect. If I could change anything it would be the seats, followed by the wide track wheels, that don’t always honour a straight trajectory down the road just as you would like. As luck would have it, both of these things are planned for the near future, not least because narrower boots are required to comply with competition regulations. Once they’re done, I’ll be finding an excuse to borrow the car again, it will certainly be a terrific car to take on any regularity rally and I look forward to seeing it being used in competition. 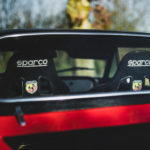 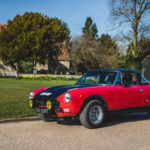 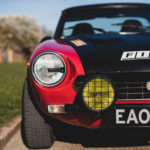 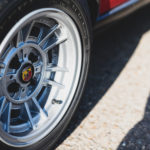 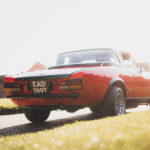 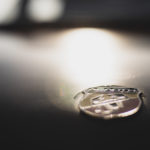 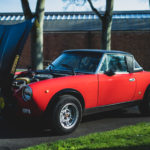 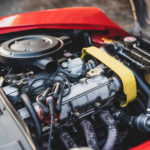