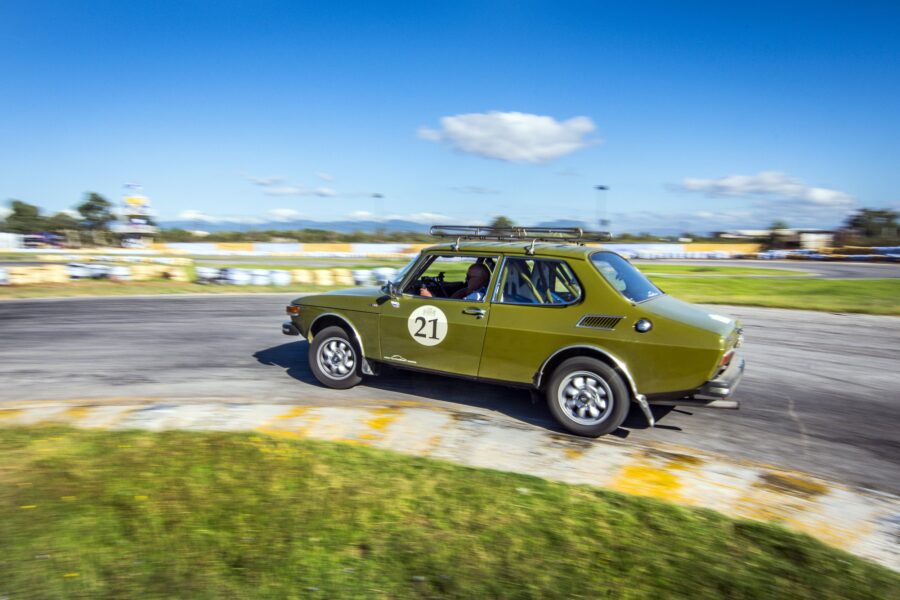 Mountains of Work Keep Crews Busy at The Temple

Just around the corner from where the ancient Olympic Games were held for over 500 years, the traditional fun awards after another day of adventures on the HERO-ERA Temple Rally as it wends a spectacular trail from Athens to Rome.

Even at the end of another very hot, extensive day three which saw a busy programme of four regularities and a test,  some crews made the short trip to Ancient Olympia near their luxury hotel to walk where athletes began the Games in 776 BC.

“There is a beautiful peace, an amazing place to come and get your mind off the problems we had today,” said Joan McCabe, navigator for Karl Eisleben in their 1966 Shelby 350H, a superbly powerful car. “I might just have got us in the wrong direction at one point but visiting here is one of the reasons we wanted to come on a rally such as this, what it is about as much as anything.”

She is right for the ruins speak of the Greeks who came to the Sanctuary of Zeus at Olympia and been challenging each other to athletic events. And while gold medals were missing, it was Peloponnese fridge magnets that brought the cheers and applause at the rally dinner.

The first went to Poland’s Tomasz Dzitko and Beata Siwek who celebrated their fifth anniversary yesterday when they also topped the overall lists with a fine performance  in their MGB GT which surprised them.

The second  magnet, to their surprise, went to novice crew Martin Beck and his son Joe who are learning the ropes but showed how good they are already today with a second fastest in the test and a zero in a regularity in their blue Porsche 911.

The test, beside the sea, on a kart track near Kalamata on the Messinian Gulf, opened the third day of competition and was fiercely fought as it was two laps flat out which suited some more than others of the many classic cars which range widely in shape, speed and handling.

The fastest car was driven by Dzitko, a screeching all out attack getting home a second quicker than the Becks. We were treated to the sight of the two magnificent open top cars from the 1934 and 1949 alongside each other as the competition hotted up.

Car 1, the pre-war Aston Martin Mk2 with Nigel Dowding and Mary Antcliff on board, found itself coming up quickly on the Bentley Speed 8 on the track and the horn was soon in action to warn of overtaking about to happen.

It was like watching a terrier taking on a Saluki  although the real delight for many was that the Bentley was back in action at all after breaking down on day one with a differential problem.  That was solved when two mechanics sourced the parts and flew to Athens from Brussels and spent two hours putting the elegant machine back on the road.

“We were really sad when that happened,” said Kerstin Schmitt, who navigates alongside Belgian businessman Yves Faymonville. “We almost gave up because we did not know if we could get it fixed quickly to get back into the rally. The car purrs along but as Yves knows, it is not entirely suited to being thrown around a tight lap course. “It is a long car but it is lovely to drive. I like it, it is fun.”

The noise of squealing tyres echoing across the nearby beaches was testament to the efforts of all and the Bentley return was not the only good news for the rally as Car 19 was also back in action after missing day two. Deborah Woollard, co-driver to Steve Young, originally from Aberdeen, had suffered badly in the searing heat earlier in the week.

A day off and she declared herself fit and their reward on the test which was conducted when the temperature had already hit 30C was a fifth fastest run in their 1972 Datsun 240Z which delighted both.

“I was in a really bad way on day one,” said Deborah. “I had to have time off for the sake of my health if I was to have any chance of getting back into the car. There’s no air conditioning, there’s huge amount of heat from the engine and the outside temperature is huge so it’s not easy. By the end of a tough examination, she was still in the seat and ready to roll all the way to Rome after they emerged 13th fastest overall.

Dzitko and Siwek slipped back a place after problems with their trip meter threw their travels and that meant that Swiss crew Benno Britschgi and his daughter Nina, took their 1968 Ford Mustang GT convertible back to the top of the leaderboard.

Once again, the regularities were staged in the mountains, one around 4000 feet high with hairpins taxing cars and crews.

“It was very hard for the Bentley going up but maybe even tougher coming down on the brakes,”said Faymonville. Australian crew Steve and Ruth Lambert also had a glitch on regularity 3 when the car refused to start at the line after the Karmann Ghia had performed excellently until then.

“I eventually had to roll back down the hill to do a reverse jump-start which is not ideal,”said Steve, from Canberra. “It did the trick and we got home ok although I made sure not to switch off the engine until we reached the hotel”. There, the HERO-ERA mechanics quickly found and fixed a problem with the starter motor.

The good news is that Matilda, as the Ghia is appropriately known, will continue to reside in England as the Lamberts plan more European rallies.

Tomorrow the rally links two of Greece’s mythical cultural spots after a near 200 mile drive from Ancient Olympia to Delphi with four more regularities which again will offer a stern challenge but also provide stunning views. 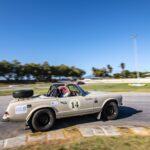 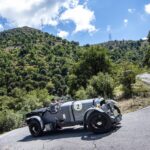 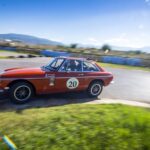 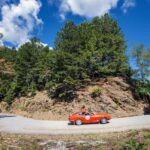 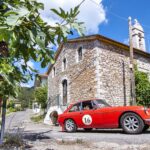 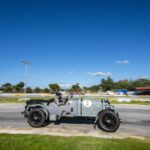 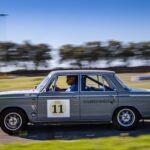 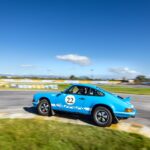 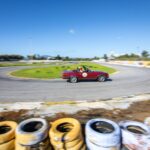 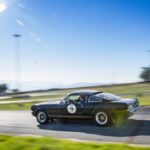 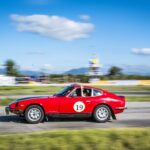 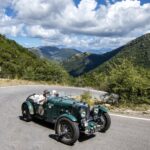