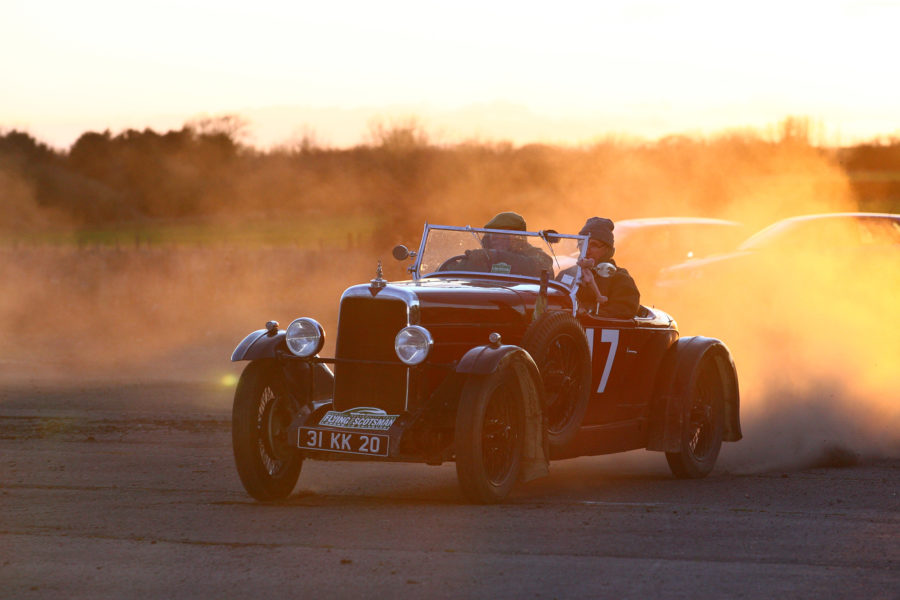 We may not be making our way from Chester to Gleneagles this weekend celebrating the 12th Flying Scotsman, but with the power of alliteration… #FlashbackFriday takes us back to 2009, where the first Flying Scotsman made itself known to the Historic Rally Calendar.

Over three days the event drove a spectacular route through remote countryside up the backbone of Britain, taking in the Cotswolds, Derbyshire Peak District, Yorkshire Dales and into the Scottish Borders. The start was at Brooklands, the scene of the World’s oldest motor racing track, and cars competed on the Test Hill and drove out onto the remains of the banking before another timed test on the track at nearby Mercedes World. 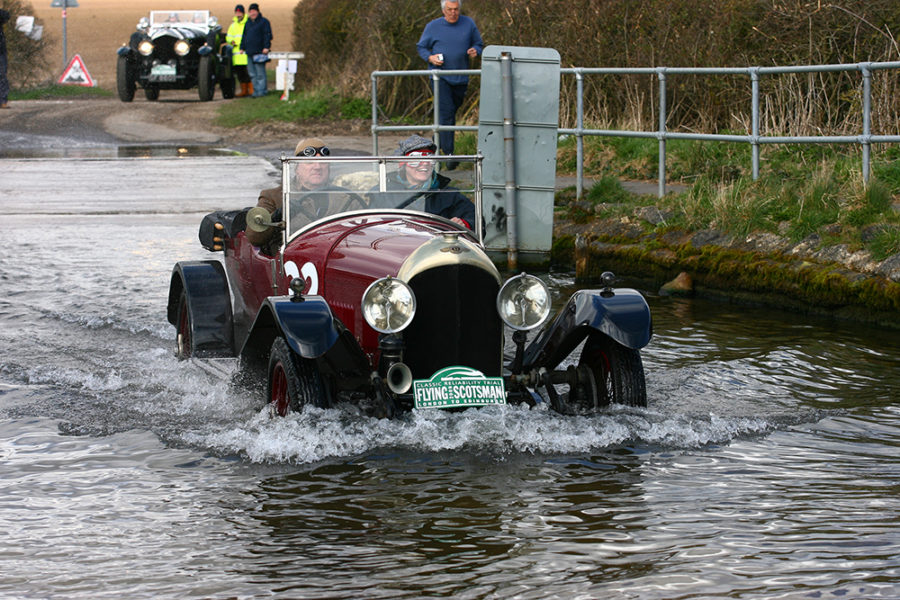 From here cars drove through the Berkshire Downs, ending the day with a time-trial on the track of Shakespeare Raceway at Long Marston before the overnight halt at Warwick.

The Dutch crew of Olaf Pothoven in a Citroen “Maigret” saloon snatched a narrow early lead. Crews then departed on Day Two for Harrogate, opening the day with a test at Curborough circuit.

One of the early surprises was the performance of two Italians in the smallest car of the event, an MG PA… breaking into the top ten with a fine opening effort to hold 9th overall, a remarkable effort as this day had included some demanding hills.

At the end of the second day crews relaxed amid the traditional charm of Harrogate’s Old Swan hotel, made famous as a favourite of Agatha Christie.

Day Three to Edinburgh saw some stunning scenery as we left the Yorkshire Dales and entered the Scottish Borders, ending with a time trial at Stob’s Camp run by the Hawick Motor Club, and Lord Steel running a checkpoint at his home near Ettrickbridge. 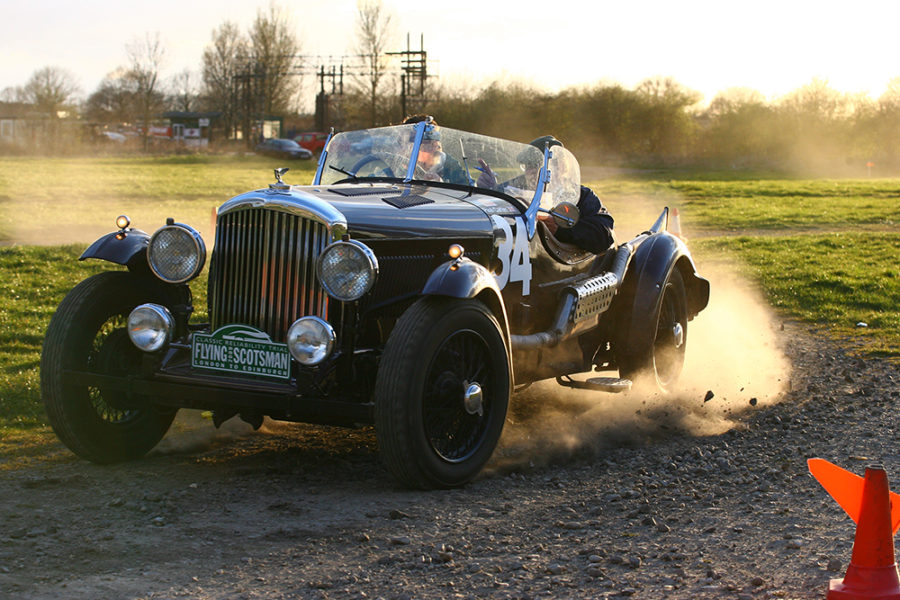 The leaderboard changed with Olaf’s flying Citroen settling for second overall to Paul Carter and John Baylis in their Bentley. With the retirement of John Abel’s Bentley near Selkirk the Frazer Nash of Robert Ellis and Cath Woodman clinched third spot. Fourth overall went to the tiny MG PA of Guiseppe and Gianandrea Redaelli, who won the class for cars up to 1100cc.

The Aston Martin International of Phillip and Yvonne Haslam won the class for cars up to 1500cc, with Gerry Acher and Bruce Young, also in an Aston, second.

Winner of the Pioneer Category was Paul Rogers and Annabel Jones in a Vauxhall 30-98, with Nigel and Christine Gray in another Vauxhall second. A Rolls Royce Silver Ghost of Jon Goodwin and David Ayre was third.

Mickey Gabbett and Michael Jackson in an Alvis 12/60 won the class for cars up to two-litres, with Macko Laqueur & Louis de Wilde from Holland second in a Lagonda ex-works team-car.

The up to three litre class was taken by the all-girl team of Trina Walsh and Sue Shoosmith in their three litre Bentley, ahead of Robert and Marguerite Eyben – Sunbeam Super Sport and Antonius Poelsma and Rudolf Metzelaar from Holland in a Sunbeam 14/40. 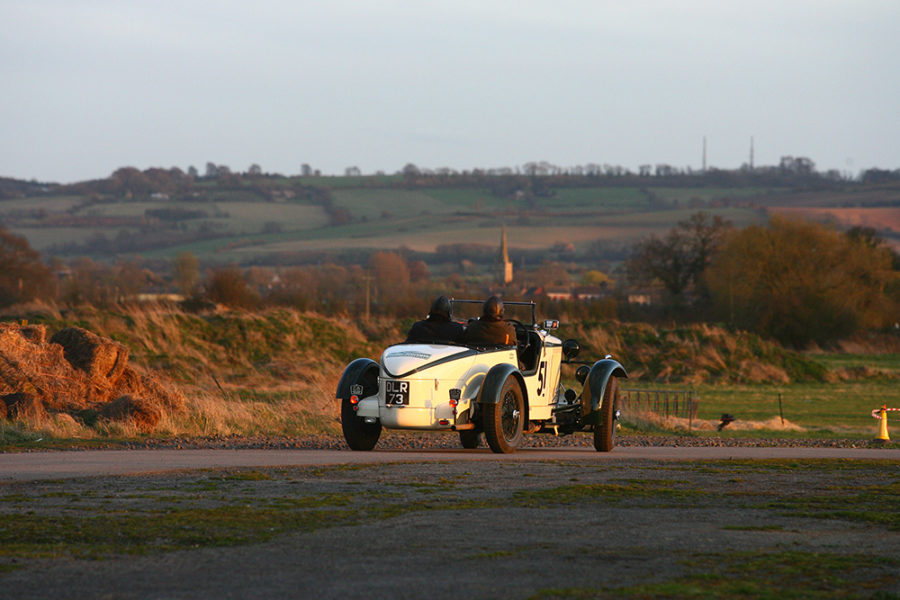 The over three litre class was a fierce battle, settled by Jayne Wignall and Kevin Savage in a Sunbeam 20hp, from David Thomson and Gareth Holding in a Talbot 105, with Bill Ainscough and Vincent Fairclough third in an Alvis Speed 25.

Spirit of the Rally went to Neil Tuckett and Peter Eldred in their venerable Model T Ford, and a trophy for “Against All Odds” was collected by Jonathan Turner, who drove a 1905 Star Gordon Bennet. The Manufacturer’s Trophy was collected by the Alvis Team. 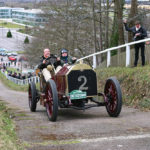 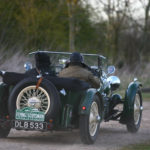 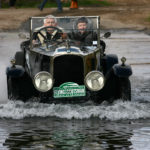