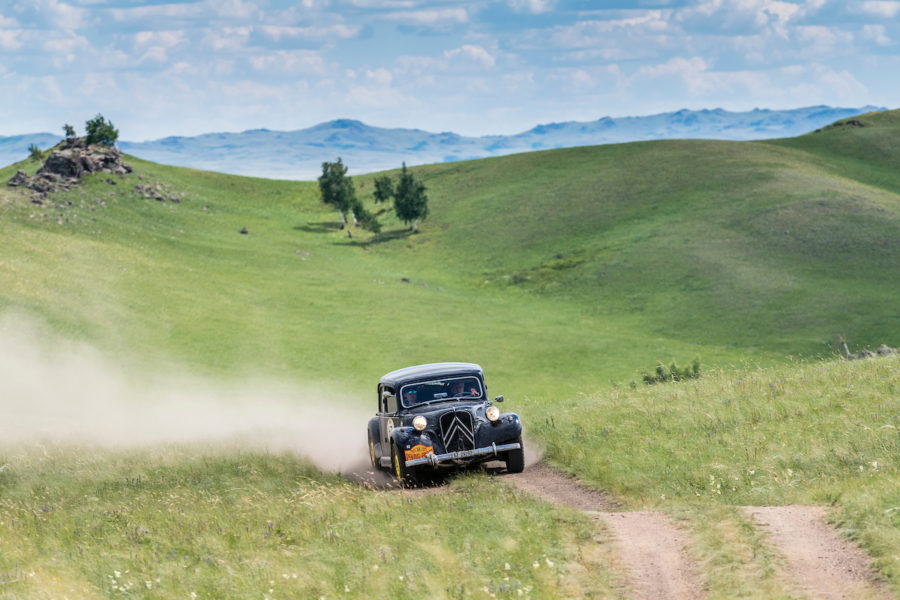 Mario Illien, (69) the brilliant Swiss race engine designer whose power plants have powered over 44 GP and 326 IndyCar winners, is set to tackle the 2019 Peking Paris Rally with his daughter Noele (28) navigating in a 1955 Citroen 11B!

Taking 36 days out from his reborn, thriving Ilmor engine business to compete this year, the talented engineer is now a classic endurance rally fan – once he’d got into it. Initially it was his daughter Noele who pushed her father into their first Peking Paris in 2013.

Mario explained; “She was really the person who almost forced me into the Peking Paris. ‘You have to get a car, you have to do these things!’ she said, I thought yes, I’ll get the car and spend a lot of time preparing it then she will change her mind, but not a bit of it. She pushed and pushed to the point where I said I’d better sort out a car and get rolling!”

“She so enjoyed the event that when we got to Paris she told me how sad she was that it was over and wanted to continue!”

Mario Illien is a relatively late starter in rallying. He has enjoyed recent events in South America, the Classic Safari and Singapore Mandalay with his wife navigating, “she enjoys the rallies too, but she won’t camp, so long as it is hotel to hotel it’s OK.”

Classic endurance rallying is quite a contrast to his long association with racing. His first job was in his native Switzerland helping with the preparation of his idol Jo Bonnier’s customer McLaren chassis. He went on to modify a four cylinder Chrysler Simca engine for a Le Mans prototype and then to Biel University where he was awarded a degree in mechanical engineering.

For a period, he was designing diesel engines for armoured vehicles. Then, aged 30 he gave up his job and moved to the UK to join Cosworth Engineering in Northampton designing F1 and the Sierra Cosworth engine with great success. There he met another talented engineer Paul Morgan who worked on the Cosworth DFX Indy engine. Later they decided they could design and build their own faster engines, forming what proved to be a magical partnership. Ilmor Engineering was born.

By 1986 Ilmor were competing in IndyCar’s, three years later they were making an impact in Grand Prix racing as well, the neat power units propelling the Leyton House team, then Tyrrell.

1993 brought a seminal moment as Ilmor formed a partnership with Mercedes to design and produce the engines for the Sauber Grand Prix team. A further big break followed as Mercedes Ilmor engines became the power behind McLaren, winning their first GP together in 1997. 44 wins and two World Championships were the result of the major design and engineering prowess of Mario and his team. When Mercedes bought out the remainder of the shares Illien retained his special projects division working with Honda on their IRL Indy engines, even diversifying into MotoGP with his own bike and engine.

So it is no surprise that once Mario turned his hand to endurance rallying he channeled all his expertise and passion into the rebuild of Inspector Maigret’s favourite car, turning his old Citroen into a rugged rally machine.

Mario left no nut or bolt alone; “I took everything to pieces, suspension, engine and gearbox, everything was rebuilt, I reinforced some of the parts and then set about the engine. I modified it to make it a bit more modern, for example putting an oil filter in the motor as those old engines didn’t have filters, you had to change the oil all the time, there was even dirt in the crankshaft and camshaft! I put new rods and modern pistons in it, different liners and modern bearings. I like to draw the bits and pieces then make some of them myself.”

“Gradually I have made more changes as I found more weaknesses. I have different, bigger wheels as the originals are not strong enough for that kind of terrain, so now I have 16-inch wheels with proper gravel tires. Likewise I have raised the car to cope with the rougher ground, it works on torsion bars front and rear, but with stiffer bars installed you can just rotate by notch to lift it higher.”

“On event, like everybody, we had a few issues but we managed to repair things and keep going, we managed to avoid the tow truck so far! Once I got started in endurance rallying I must say I really liked it.  You know, sometimes you have to fix things with nothing, maybe a piece of wire or string, you have to find solutions to keep going which I find quite challenging.”

Like most crews on Peking Paris, they rally all day then work on their cars at night which can be quite tiring but that’s the nature of an endurance event.

Mario continued; “You are more or less on your own, if you have a real issue the mechanical assistance crews will help but so long as you can manage, then you do it on your own.”

“That is part of the challenge. However, the main attraction for me is Mongolia and Siberia. Huge empty spaces, nobody there, no roads! Being more or less on your own I find fantastic.”

“When we stop later, it’s great to be with a bunch of people on the trip who love the same thing, travelling to those different countries is fascinating.”

“I found on these big rallies like Peking Paris that there is a great amount of camaraderie. You find really good people competing, which is super, nobody talks about their work, all the politics are gone!”

“All these people come together to enjoy this amazing adventure, they just share it and absolutely love it, this year is going to be great!”

Mario’s daughter Noele is now enthusiastically preparing for Peking Paris, an event she loves. “She has been working in Berlin but stopped work and went travelling for a few months”, said her father.

“Noele has been travelling around South America but she can’t start another job right now and then say I’m sorry I’m off on Peking Paris for seven weeks! She is preparing for the rally but at the same time preparing to take on a new role after the rally. Last time she wrote a blog about our adventure on the event, car46.org, so I hope she may write another one this year.”

Whilst Mario and Noele Illien are battling across the Gobi Desert this June, the Ilmor factory and it’s 100 talented staff will continue to buzz. They build Indy engines for Chevrolet in the USA, the same team that helped Red Bull and Renault develop their unit in F1 2015 are even helping Honda develop their GP engine which powers the 2019 Red Bull.

If that is not enough, Mario casually let slip that Ilmor is also producing engines for NASCAR, World Rally Cars and Aussie Super Cars. After that all that hectic work pace Mario must surely be looking forward to the company of his daughter, his 1955 Citroen and the solitude of the Gobi desert and Siberian wilderness? 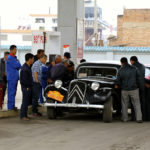 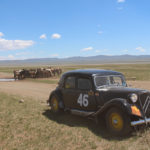 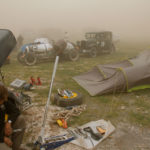 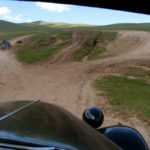 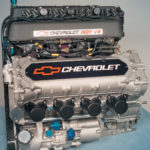 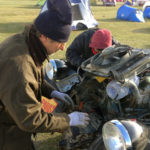 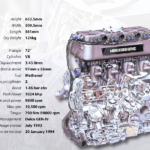 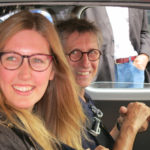 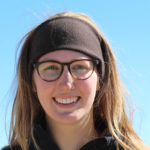 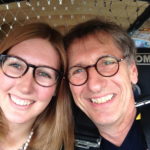