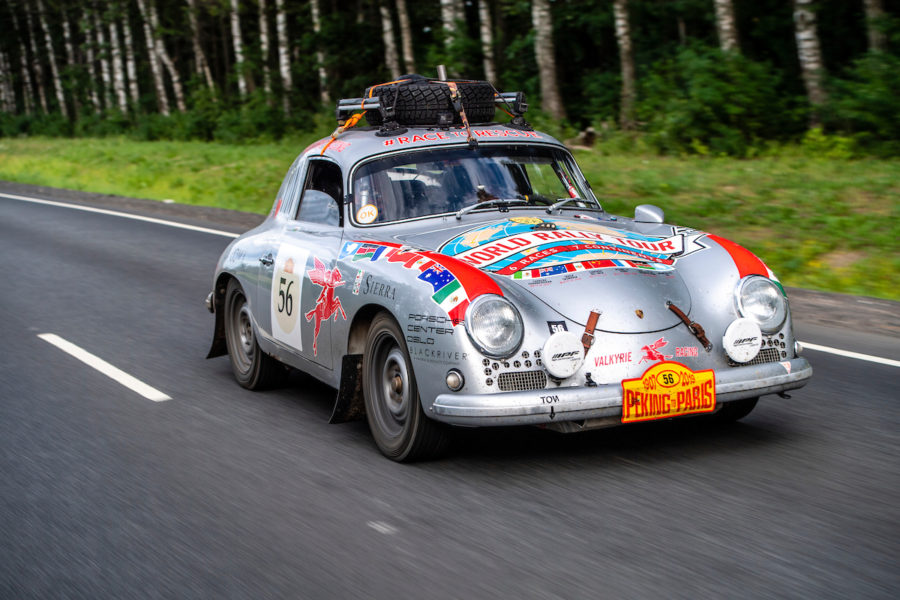 With Peking to Paris fast approaching, with just a matter of weeks to go until the start, for the competitors and those involved in the preparation of the vehicles, the past few months have been a hive of frenetic activity as teams frantically get cars ready and packed, for the long journey to China. With that in mind we took the opportunity to catch up with one of those who will be at the start on the 2nd of June, Renée Brinkerhoff, to find out a bit more about her team, Valkyrie Racing, what prompted her to get into rallying and the charity work that her and her team get involved in on route.

Renée’s first involvement with the sport came back in 2012, when she secured a last-minute spot as a co-driver for the tough La Carrera Panamericana. With no experience she embarked upon a journey that would be a baptism of fire, and a drive that would expose her to the very real dangers of motorsport, but one that very much gave her the bug and desire for more. “During my first time on that event, I remember sitting in the driver’s seat and physically shaking. People had lost their lives early on and there had been other bad accidents but my experience was life changing and I knew that I wanted more.” Renée tells us that there were just so many new and incredible things to take in on that event, that the dangers were just something else to process.

But why rallying? Especially after seeing the dangers first hand, what is it about the sport of Endurance Rallying that had hooked Renée and prompted her to return a year later to the La Carrera with her own Porsche 356? “It seemed so exciting to me compared to other forms of motorsport, racing through amazing countryside on fantastic roads and the camaraderie between competitors, as well as all of the enthusiastic people out on the roads and in the cities where we were driving”. Indeed, it was the interactions and help that she received on the road that prompted her to try and make a difference through her racing, by helping those that had helped her. One particular moment in Peru sticks firmly in the memory, when the suspension had broken at the rear of the 356 and local people supported the back of the car with a mixture of rocks and helped lash the broken struts with twine, “It was just enough to get us to the finish line that day, when we could fix it properly”.

These days Renée gives back, by raising money and awareness about the problems of child trafficking throughout the world, although such is the problems it causes, and the dangers presented by the work that the charities do, that the groups Valkyrie Racing supports mostly prefer to remain anonymous. Indeed, it is often a struggle to find local good causes on the routes, such are the dangers that they face in their work every day. When Renée talks about this side of her work, her usual exuberant and enthusiastic tone takes on a definite sadness, particularly when describing the ages of the people affected, it’s heart-breaking to hear and a sinister side of the world not seen by outsiders.

Back to the rallying though and things have changed a lot since the early days, with the upcoming Peking to Paris, Valkyrie Racing is more experienced than ever. In the co-driving seat will be Calvin Cooledge, who brings a wealth of experience to the effort with his years of experience across endurance rallying and WRC events. Renée’s trusty 356 has also come on since the early days and is now prepared by the experienced team at Tuthill’s. “I first got involved with Tuthill Porsche when Richard Tuthill approached me in 2017. Shortly before our first conversation, I had seen a couple of rally cars prepared under Tuthill’s guidance at the Luftghekult event and thought they were amazing. The Tuthill Porsche group is great to work with and they do a fantastic job on the car. They also do my support on the rallies, when the wonderful Simon Redhead joins us on the tools”.

After a tough Caminos del Inca, when the Porsche struggled with the altitude of the event, Renée’s trusty 356 has undergone more development in the run up to the arduous Peking to Paris and is stronger all round. Renée herself has had to approach the event a little differently and take on some mechanical training so that any problems encountered in the vast wastes of the Gobi Desert or never-ending wilderness of Mongolia can be fixed between her and Calvin on the side of the road. Whilst it is the remote nature of parts of the Peking to Paris route that are causing the most concerns for Team Valkyrie, it is also these parts of the world so separated from civilisation that Renée is looking forward to the most. “I can’t wait to camp out in Mongolia” enthuses Renée, as she goes on to describe that the entire event just leaves her with a feeling of wow! The distance and difficulty, the history of the event and the fact that even now it is a route not trodden often by cars leaves her both excited and in awe of what is to come.

Could the Peking to Paris rally be the most challenging route yet in Valkyrie Racing’s World Rally Tour, Renée and her team’s bid to race the Porsche on all seven continents over a three-year period and set a record in the process? Only time will tell on that one, but with many thousands of miles to travel over some of the planets most remote places and roughest surfaces it will be sure to provide a stern test of mettle and machine, but a challenge that I am sure Valkyrie Racing will relish. We wish Renée and her fellow competitors all of the best on their journey and will be watching with captivated interest as the rally progresses. 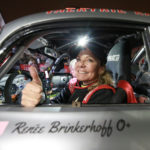 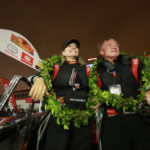 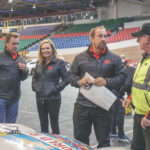 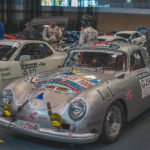 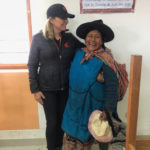 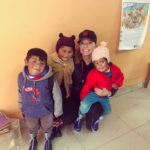 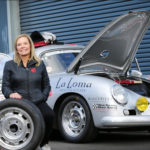 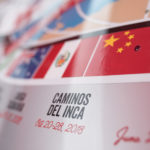