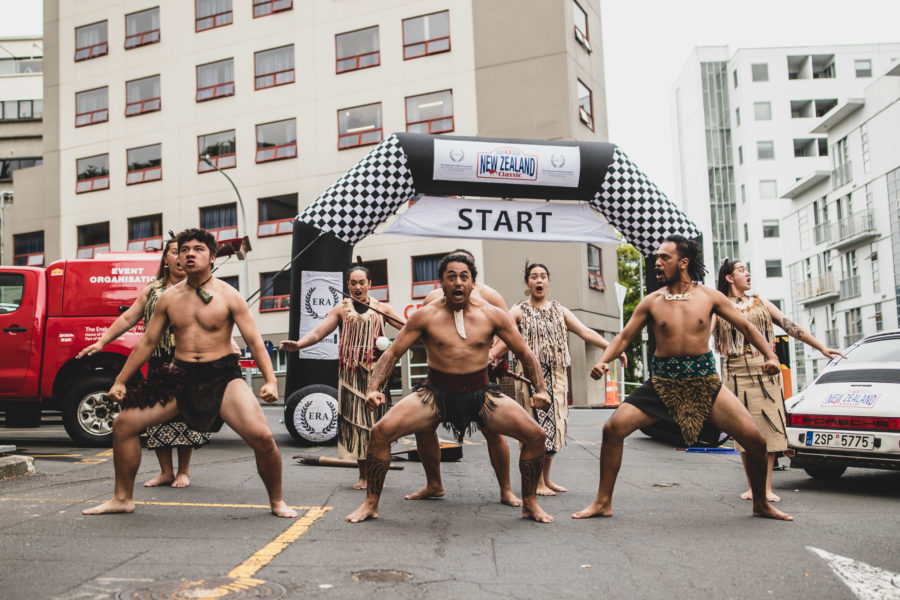 Teams from ten countries round the world were enthralled as a group of Maori dancers and musicians regaled them with traditional songs and dances, ending with a dramatic version of the ‘Haka’ to send the cars off with the spirits watching over them.

Some were nervous and wanted to get under way to help settle themselves whilst other were still tinkering or finishing work on their cars until the last moment:

The Canadian Austin Healey crew of Leigh Pullen and Donald Robart were having a few issues before the start. Firstly there was some confusion over who would do be doing which job in the car but finally they agreed Don was going to drive and Leigh navigate. Leigh; “The sweeps then said our oil was like water and sent us for an oil and filter change which cured the overheating. Then en route we had to pull into a side road to try and turn around but the steering wheel came off! We tried to fix it back on to the column which gave us a few shaky moments, Don would turn left and we went right! Luckily we have good friends in Hamilton and their daughter lives here in Whangarei and her husband is a mechanic! He has taken the Healey away tonight to try to fix that darn steering wheel! We are looking forward to getting back into action.”

Brother and sister Julia Kirkham and Edmund Charlesworth arrived in New Zealand, Julia for the first time but both are taking part in their first ever rally! Julia; “I met Phil who is here, recently on a car tour, I already knew him well as he was at my wedding. I told him I was coming to NZ with my brother so he said ‘why don’t you do this rally at same time?’. I called my brother to ask him he said it was a ‘no brainer’ but also told him my choice of car was an Austin Healey, it had to be that car, I loved it. He said ‘that’s my dream car’ and here we are in NZ, newbies to rallying and me to this country. We are about to see how good a brother sister relationship can be when it is tested on this rally”.

Ed; “ I’ve driven the car for about an hour in the UK but I’m quite handy mechanically so hopefully a few skills can be passed onto Julia. I have been to NZ a few times before so I know some of the places we are going which is why I am very excited. I even have an old university mate in Wellington who I am going to catch up with.”

For brothers Brian and John Shield it was a nervous reunion as Brian tried to familiarize brother John with the trip meter distance recorder, vital to his navigational efforts on his first ever rally. “ I must confess to being rather nervous” said Scotsman John. His brother Brian, long since domiciled in the USA but still with a strong Scots accent said; “I have taken family in the navigators seat before but as I am running out of volunteers, I decided it was time for John to take up the challenge.!” The pony men ended the day a respectable fifth in class.

John and Nicole Whitelock were quite calm before the start considering how late they arrived in New Zealand and the cause. Nicole, through no fault of her own, was involved in a very heavy car crash in the UK mid week. Miraculously she survived generally unscathed apart from a very sore rib cage. It was touch and go whether the husband and wife team would make it but doctors gave Nicole the all clear to travel. “I will just have to take it easy and drive as smoothly as possible to try and keep her comfortable” said John, “that will be difficult but at least the harness holds you better with straps each side rather than a diagonal belt” The Mercedes Benz 280SL crew did extremely well over the there regularities of day 1 to end up 13th overall.

At the end of the 256 km route, including three regularities between Auckland and the night halt in Whangarei, the top three crews were; Amin Hwaidak and Jens Jarzombek in their Ford Mustang, second just nine seconds behind were Michael and Lorna Harrison in their Volvo PV544 with Belgians Filip Engelen and Ann Gillis third in their recently acquired Porsche 911 Targa.

The third regularity was the highlight of the day, the 28 km Waikiekie switchback remote gravel road previously used in the World Rally Championship NZ Rally to really test the nerve and skill of WRC teams. Climbing and dipping with deep cambers that hold cars into the road, NZ Classic crews really loved the road. Such is the rally reputation of this gravel track that the occupants of one house in the middle of the stage have called their abode ‘The New Zealand Rally!’

Yevhen Harashchenko who navigated Sherif Hwaidak’s Porsche 911 Carrera to ninth overall really enjoyed the experience. “They were great regularities, we loved the surfaces and with the last one last one, the changes of camber.”

John Whitelock; “ The first regularity was good, the second a bit iffy but the third one was brilliant, really enjoyable, although we thought we had done better until we looked at time card which just didn’t match up to what stop watch said! That third regularity was brilliant and the car went well but I’m trying not to throw Nicole around too much, you hear the occasional whince but I think she is getting better each day.”

Filip Engelen; Porsche 911 Targa. “It’s so dry, we missed some of that great green NZ scenery but we  loved the drive. There was some gravel, we loved the surface, we were having a little bit of fun. Now the only issue is I cannot open my door from inside, I keep having to put my hand outside to reach the door handle so a little repair is necessary.”

Repairs were necessary for Nigel and Sally Woof’s Triumph TR4 at the side of the gravel road in the third regularity, which meant they and the Mechanical Assistance crew of Owen Turner and Alan Page which had stopped to help, were being covered by a good layer of dust as other cars went past. “I felt a jet of hot liquid on my ankle which was a split hose to the radiator, it was a pity as we had been going so well up until that point”. The crew were soon back in battle, finishing the day 19th despite the problem.

Stephen Owens was leading the vintage class at the end of day one navigated by his wife Collette in their mostly immaculate Jaguar SS100. Stephen; “It has an oil leak, we think we are getting to the source of it, a gasket not doing it’s job properly. Although the oil level is OK, it’s only a small amount leaking but it’s spraying it everywhere and making a mess and I don’t want it to get any worse. Collette had a challenging morning as we have trip meter issue, but overall it was a great day, great roads, great rallying. The dust is an issue, but it is for everyone, I had to hose Collette down afterwards!”

Matthias and Thomas Bittner were certainly enjoying their own adventure as they went too far on one regularity ending up in a chicken farm! Matthias “Well we thought we had brake problems as the car was pulling to one side, but it turns out to be the suspension not mounted properly. We have a list of 50 spare parts for our Volvo but the only one we don’t have is the one we need now, so we are trying to find a solution.

“We drove an extra 10 km on first regularity by mistake and ended up in a poultry farm. The guy was shouting at us ‘no, no, this is not where you are meant to be’ so when we left he said ‘now please shut the gate when you go out!’ 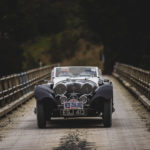 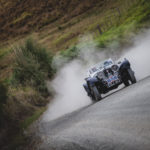 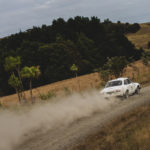 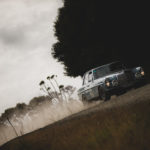 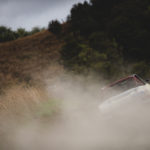 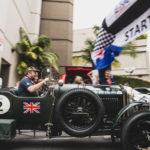