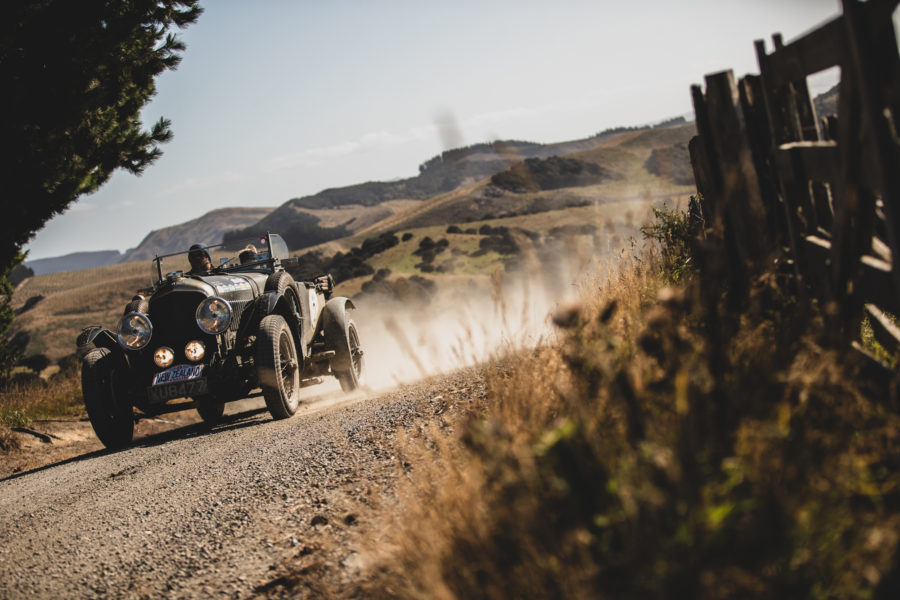 Four long regularities, the last over the infamous Kuri Bush stage of the Otago Rally, were conducted in the heat and dust of the south coast through the Catlins Forest Park today. It was on this last regularity that Michael and Lorna Harrison’s usually reliable and fast Volvo PV544 broke the U bolt locating part of the rear axle leaving them at the side of the track waiting for the mechanical assistance crews to help. “I think it was that last washboard section that did it, we had been going really well today, such a pity but that’s rallying!” Said Lorna, Mike added; “ Sod’s Law isn’t it!.”

Rob Dominy and Dave Alcock got to the stricken crew as soon as they could considering the time it was taking to get vehicles across a small punt ferry further back down the route. The mechanical sweeper crew made a temporary repair but the resultant penalties dropped the Harrisons from third to fifth overall although mercifully they still lead class 2.

The first two regularities, Dead Horse and Catlins were certainly testing and definitely very slippy. The longer, tougher gravel tracks increased the pressure on crews as the event nears the end. Nigel and Sally Woof, 14th place Triumph TR4; Nigel, “Our car was like a carp, it was fishtailing all over the place on the marbles.”

Peter and Gris Gordon, MGB GT, 22nd O/A; Peter, “They were both pretty slippy this morning but that last bit of gravel was very difficult, all of a sudden there was just no grip and we just couldn’t catch up on time.”

Sherif Hwaidak and Jack Harashchenko, Porsche Carrera, 2nd O/A The pair are still battling away and enjoying it. Sherif; “ The first regularity, we were slow at the start then finished two seconds early but the second one was much better. We are still having fun, but in our view is it’s not over until Sunday and anything can happen. We are happy in second but if we can make it to the top then great.” Ann Gillis and Filip Engelen extended their lead in the Porsche 911 Targa to 1m 38 secs.

Amin Hwaidak and Jens Jarzombek, Ford Mustang, 7th O/A. Amin; “We had the most fun today, sliding around, but we had a good result despite a lot of sideways action! The Mustang is the perfect car to slide. For me this event is a real adventure, why else would we use a Ford Mustang with an automatic box? We are going to enter Lima to Cape Horn for the same reason and hope to compete on the Pearl of India too.”

Nick and Serita Sleep, Mercedes 230 SL Pagoda, 24th O/A Nick; “Really we are so far behind it doesn’t make a difference but still that gravel was a joy, I love that stuff! You go bowling down the straight, brake in a straight line and turn in, back to basics. That’s what these cars do really well, they are not so good on a race track where you have plenty of grip but not enough power.

“It was great this morning, I got up at 6.00 am to try and find a tyre depot as my rears were so bald the metal was coming through. There was one that opened at 7.30 am so I arrived at 7.00 to find three old boys in there. They sorted everything out, fitted, balanced and on my way before the place officially opened at 7.30 am!”

Peter Morton who now has four times Americas Cup winner, sailor and boat designer Tom Schnackenberg as navigator in the BMW 2002 Ti, commented that the new pairing got lost a few times in the first few days together since Louise Morton had to leave to go to work. Peter said; “Now we have resorted to sailing terminology, it works much better” (Peter is a top sailor in his own right)

As Tom arrived on the banks of the River Clutha to watch the first two cars crossing the 1896 Tuapeka Mouth Punt Ferry, he explained further; Tom, “The rally terminology wasn’t working for me so we have resorted to port and starboard, dead ahead etc and now we are making progress”.

“Does your car float?” Jim McLaren asked Otakar Chladek Jnr of his Mercedes 350 SL as the pair surveyed the old two car ferry battling the strong currents. The crew had to moor up and marry it’s ramps to the metal platform on the road edge where a crude hook and pin then secured it.  As it seemed there was an issue getting the two leading Porsches off the first crossing at the far bank, waiting third place Mike Harrison remarked; “We are trying to get rid of the first two cars,” as the ferry crossing adventure began in ernest.

The reality was that this ingenious old ferry works on water propulsion as yacht/boat designer Tom Schnackenberg observed. “As the force of the water hits the two hulls it pushes it along sideways tethered by ropes and pulleys, the helmsman can guide it as there is a rudder on each float.” The ferry reached a good 6 knots quickly once midstream.

‘Tom the Pom’, Tom Jones originally from Bolton was one ferryman on the helm whilst his New Zealand colleague and mate Tony Keast ‘The Beast’ was mainly on line and shackle duty ready to try and mate up the ramps as the precarious docking procedure took place in the fast moving currents. “Bullseye” shouted Tom as Tony managed to get the shackle in first time. The crossings now reduced to 12 minutes per round trip as most of the 24 cars were across after nearly three hours. Tom; “This is the busiest I have ever known it. There have been more cars over in one afternoon than we get in a month!”

During the wait, Matthias Bittner and Nick Sleep epitomized the spirit of this rally as they ferried across as foot passengers many times to the boot of a Morris Minor van on the far shore where Vicki and co supplied them with coffees and cakes. Nick and Matthias made sure everyone was well supplied, for which they received thanks and an award at the evening team dinner from Deputy Clerk of the Course George Mullins.

Officials and marshals stayed at their posts as lateness up to the two regularities was scrubbed but it did mean cars arriving at various times, some well strung out. Amin Hwaidak’s Mustang had run out of rear brakes altogether whilst Sherif Hwaidaks’s Porsche had stones in the brakes. Waipori Falls was a long and demanding regularity many enjoyed the huge crests and downhill toboggan runs of the open but slippery, fence lined Kuri Bush regularity. The fast crests and cambered crown track of sweeping bends gave way to a tighter downhill forested section in the middle. This is where Lorna and Mike Harrison were sadly marooned in the Volvo awaiting assistance.

Lorna said it was no wonder that this road was an infamous special stage on the Otago Rally. It was where Hayden Paddon beat all the modern turbo charged 4×4 rally cars in 2014 with a Mk 2 BDA Escort. The following year he smashed the course record in a Hyundai.

The main beneficiary of the Harrisons drop down the order was Adrian Hodgson and Mark Bramall in their Peugeot 504 T1 as they moved into the third place podium slot; Adrian; “Normally it would be a podium but the awards here are for first and second in class, but we are still leading class 3. It’s not over yet, there is a long way to go with five regularities on Saturday alone! We have got to make sure we don’t mess up in any way.”

The penultimate day of the New Zealand Classic Rally will definitely ramp up the pressure on the leaders, challengers and class leaders, all looking to try and hold their positions. With no less than five regularities and a distance of 473 kms from Dunedin to Lake Tekapo, nobody will be taking anything for granted. 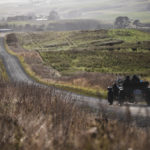 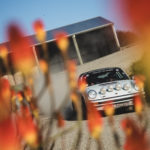 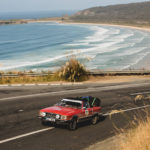 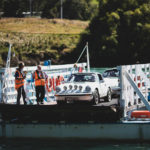 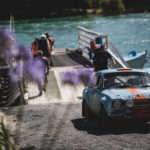 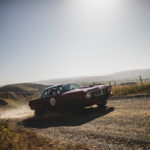