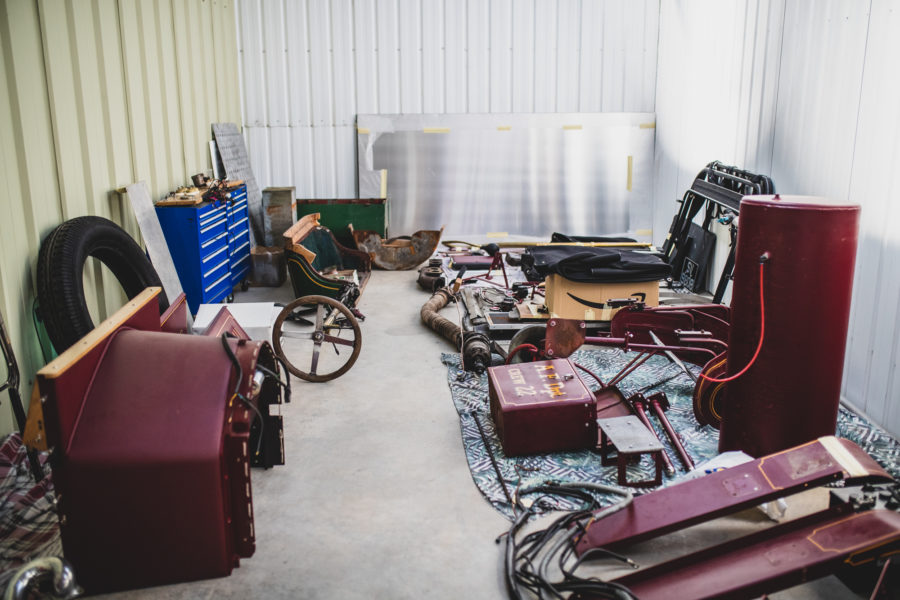 The Road From Peking Actually Begins in a Workshop in Hull

Most people would agree that the prospect of driving from Peking to Paris is a fairly gruelling undertaking, in any vehicle. 8500 miles, or thereabouts, across the world’s largest continuous land mass, crossing umpteen borders and traversing deserts, all on some of the worst roads on the planet. That would probably be enough for most people, it is however a different breed that enter the HERO-ERA Peking to Paris Motor Challenge, cocooned in classic and vintage cars, many built before the war, that’s pretty hardcore in my opinion. Then there is another category of person, one that takes the madness just that little bit further, who decide upon answering the call of the challenge in a vehicle that is entirely unsuitable for the task at hand…

All being well, the oldest vehicle to line up at the start of the 2022 P2P will be a 1914 American LaFrance Type 10, with Royal Automobile Club Chairman Ben Cussons, and HERO-ERA’s own dear chairman, Tomas de Vargas Machuca behind the controls. For those unfamiliar with a LaFrance it is, in short, a fire engine. A big, cumbersome lump of a fire engine, with a giant 9 litre power plant, and a chassis that looks like Sir John Fowler drew it up. It is a behemoth, and whilst no fire truck is known for its nimble nature and deft handling this particular machine is, well, it ain’t no Dennis.

Of course, entering a machine this unusual is one thing, ensuring that it is at the start line and fit for purpose is quite another and that is a story that has already begun. The feat of preparing a vehicle that is potentially wholly unsuitable to the task needs to begin almost before the ink is dry on the entry form, but just who do you trust with such an undertaking?

The answer to that lies in a rural pocket of land north of the Humber estuary, and somewhat refreshingly, with a pair of hands that are from the opposite end of the age spectrum to the LaFrance. Step up Josh Thompson, one half of DT Vintage who at a relatively spritely 35 is certainly on the younger side of those involved with rally car preparation. Of course, like any good double act, there is balance and Josh’s business partner, Paul Dilley, is on the more experienced side of the age equation. The both of them have plenty of rallying experience between them though, and for Josh this is where his involvement with motorsport began, long before there were any inclinations that it could be the way he made his living.

Unlike many of us obsessed with this sport, Josh’s path to historic motoring didn’t begin in childhood. Indeed, it wasn’t until his father got hold of a Jaguar XK120 whilst Josh was at university that the seed began to germinate. ‘I think it had always been a bit of a dream car for Dad’ Josh tells me over a cuppa, ‘and when he began to show an interest in rallying in it, I offered to jump into the navigator’s seat, but more to enable him to take part than any desire to compete myself’. A later introduction to a love of cars than some, but certainly a less than premature route into historic rallying. Partner Paul is of a different ilk, and tells me he has always been involved in this world in one way or another. An extremely talented engineer, Paul has built many vintage and pioneer machines, often from just a photograph, such as a stunning Delage recreation, that was originally a one off built for actress Blanche Montel, and it is with him that the DT story begins, although not quite in the guise it is in today.

But how exactly did the worlds of a seasoned automotive craftsman and a relative novice in this world collide? Josh picks up the story, “Sort of a coincidence really. Dad and I were doing more rallies, now in the vintage world with a 1929 Chrysler 75 Roadster, we needed some bodywork doing and found Paul, who happened to be pretty local to us and things went from there.” It took a fair few more years before the both of them were in business together, and a fair few more miles of rallies as well, with Josh’s father competing in three P2P’s in that time amongst others. The Peking to Paris would also be an event Paul himself would enter in 2016, driving for Richard Thomson in a ’40 Studebaker Coupe, the vintage rallying bug well and truly caught after his introduction to it through Josh and father Mike. “Josh had begun introducing me to people and I’d picked up more and more work with the rally cars, and started to move away from the custom builds. It was inevitable that I would enter a few rallies as well, and even won the Grand Prix of South America, alongside Andrew Davies in a ’29 Chrysler 75.”

Fast forward a few years down the line and Josh and Paul are stood in their spacious, and clean, workshop discussing a pile of bits that used to be an American LaFrance. “The dust and sand are going to be a big issue” says Paul, you’ve got all this exposed running gear, chains and the like, not to mention the exposed engine valves. Mix a bit of sand in with some lubricating oil and you’ve made yourself a lovely grinding paste.” Josh agrees, “We’re going to protect what we can, but it’s a trade off between protection and having access to keep things clean. It’s going to be a daily battle for them on the event.”

This is but one issue they’ve got to solve and plan for on this ground up rebuild, tyres is another, finding some to fit the hefty wooden wheels, not to mention creating any replacement parts it might need from scratch. “We can do a fair bit of that in-house” says Paul, “We’ve other specialists we use for some work as well.” This is where the experience of a man who has designed replica cars from drawings is crucial to the plan, not only from a design and engineering perspective, but also knowing when to call in other specialist hands.

Seeing the beast laid out in component parts really hammers home what a huge machine it is. “Pick up the flywheel” says Josh, pointing at the great lump of metal laid flat on the workbench. I know full well I won’t be able to, but I try anyway. As expected, it is beyond me, and I can only begin to imagine the sort of grunt required to spin up this rotational mass. As if reading my thoughts Josh next points out the engine, a great lump of a block that houses four giant pistons, yet more mass to push around before any of this effort is transferred into forward motion. “She cracks on when she’s going” assures Paul, “takes some stopping mind.” I can only imagine, although I’m told that Tomas found this out first hand on the test drive.

Josh continues to show me around the different details of the truck, pointing out with enthusiasm the serpents headed horn (hand squeezed naturally) and the exquisite rams horn shaped inlet manifold, attached to the Schebler carburettor, which is of course, massive. He tells me with fervour of the machines history as a hose carrier, before it became the brigade masters personal transport, and his passion for his subject is infectious, to the point where I’m beginning to imagine entering the Type 10 myself.

Of course, talking up a storm is simple in comparison to the job at hand, but Josh’s zeal is great to see and the story of the restoration and preparation of this wonderful machine could perhaps inspire others in the younger generation to pick up the mantle when the current field begins to thin out a touch, it’s certainly a machine that makes you look twice. Whether that is as competitors or as the people behind the scenes, keeping the cars on the road, it matters not, although I am not sure that the two are mutually exclusive in any case. What is important is that a new generation are encouraged, and learn all that they can from those who currently have such a wealth of experience to share, people like Paul and the many others around the world that will be involved in the preparation of machines for P2P 2022. Of course, if you ask Paul and Josh their opinion on the subject will be a lot humbler, but dreams have to start somewhere and in a few years’ time I don’t doubt that the preparation of this particular car will be the origin of a fair few. 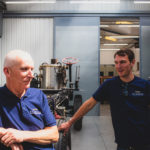 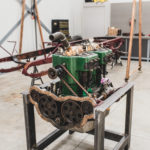 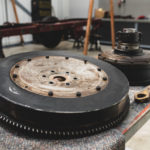 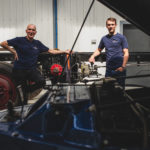 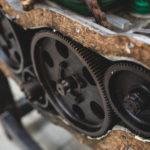 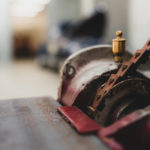 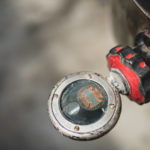 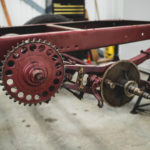 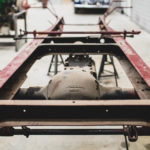 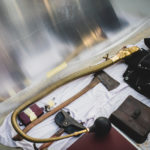 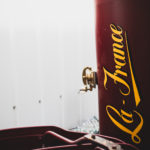 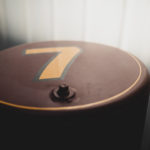 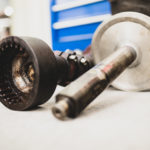 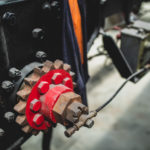 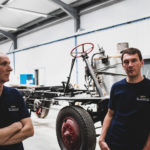 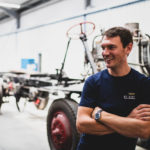 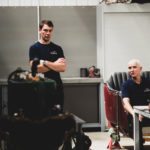