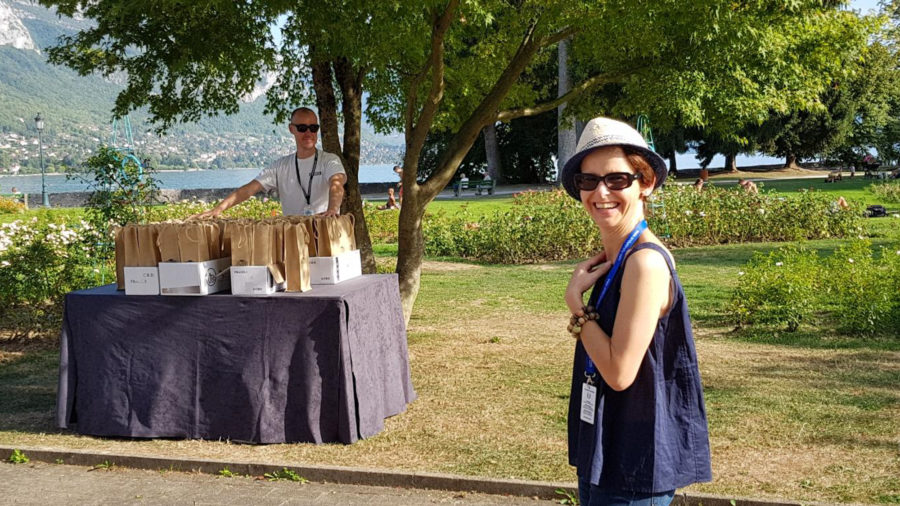 Hospitality Matters – Finding Out About a Different Side of Rally Organisation, With Eleonora Piccolo

“If nobody speaks to me then it’s been a good rally” declares HERO-ERA’s hospitality chief Eleonora Piccolo. A strange sentence for someone charged with competitor liaison and ensuring that everybody’s activities away from the road books maintain the same standard as the competition. But, with the addition of some context it makes perfect sense, as Ele continues, “If nobody has spoken to me then it means that everything on my side of things has run smoothly, and none of the competitors have course to complain.” But what exactly is ‘her side of things’ and, indeed, who is Eleonora Piccolo?

Many of you will be familiar with Ele of course, certainly the ERA competitors, she is the friendly face that hands over your hotel room keys at the end of a long day of competition, but there’s a bit more to it than that. As head of hospitality she takes care of almost everything that isn’t concerned with the competitive elements of a rally. Ever wondered who finds hotels large enough to house up to a hundred people, in the middle of nowhere somewhere in South America? That would be Ele and her team. But how did an economics graduate end up in the midst of the sometimes-chaotic world of endurance rallying? Surprisingly, the story begins a little more recently than you would think.

“It all started when Philip (Young) passed away really, my husband knew him well as he was a childhood friend of his daughters. I think he gained his respect when he rolled a car in Philips yard, aged 12! Philip was more interested in finding a camera, than seeing if he was ok. After Philips sad death his widow, Jane, needed help running the business and knowing of my background in hospitality and customer service asked if I wanted to get involved. It all looked too exciting to say no!”

That was January 2016, when the ERA was still reeling from the loss of Philip. “Everything concerned with the day to day of the company was largely in Philips head” says Ele, “There were seemingly no processes or procedures in place, it was an exciting time learning as I went, but stressful as well.” The stress levels would only have been compounded by the fact that 2016 was a Peking to Paris year, the company’s flagship event and one of the hardest to coordinate with so many people, countries and borders involved. The first event that Ele could really begin to make a mark on though was that years Rally of the Inca’s, and it was also the first international rally she had the opportunity to be on. “I had to fight to make my voice heard early on” she tells me, “but that Incas rally was great, it all ran smoothly and I could see some of the working practices I had introduced beginning to bear fruit.”

Things have changed fast since those early days, particularly since the merger with HERO, and from the skeleton crew that used to run the events there are now a lot more people involved. Ele still relishes the challenge though, and enjoys working within a bit more of a structured approach. “You still have to be prepared for last minute changes though” she says, “flexibility of mind is key for this job. I have to keep very tight with the route planners, as our jobs have a direct effect on each other. They understandably want to take us off all over the place, but we have to ensure that each night finishes somewhere that I can find accommodation for everyone, and excellent accommodation at that!”

It must be a seemingly impossible conundrum at times, balancing the need for a top-notch route with the sort of accommodation and services that these events need. It isn’t just a bed for the night though, there is all of the competitor and staff liaison before an event begins, including all of the behind the scenes logistics, in fact if it happens outside of a car, it is likely that Ele and her team have a large amount to do with it. It certainly helps that Ele can speak four different languages, although her mother tongue of Italian is mostly reserved for the odd occasions that things aren’t going so well!!

But what about the motoring side of things? Is there an interest in the competition or even cars? “I keep an eye on the competition, but more from a hospitality point of view, it’s good to know in advance if someone’s had a good or bad day! As for classic cars I own a 1979 VW Beetle, it was my first car and I still have it back home in Italy. It is mostly original and I love everything about it, I always did, to me it is the perfect car.” So, there is a petrol head buried in there somewhere, although if we ever see Ele competing she tells me that she would have to be in the driving seat, rather than navigating.

But what about the future? “I’d love to learn Greek one day”, she quips, “but in terms of work I’m living the dream.’ I get to do a job that I love and travel the world whilst doing it, what’s not to like? I’m in the business of helping people realise their dreams, and that’s a wonderful thing.” The travel seems to be an important thing for Ele, and she has always had jobs that have allowed her to see more of the world, but she tells me that even in the office it feels like she is travelling, as more often than not she is communicating with people all around the globe. There are still places left to visit though, India is high on the list, as is Japan, “I would love to see us do a rally there, it would be such a challenge to coordinate.”

So, there we have it, the lesser spotted Eleonora Piccolo. Not quite an International Woman of Mystery, but certainly one of the less encountered members of the team, second only perhaps to the occupants of the advance car in rarity, but certainly no less important. 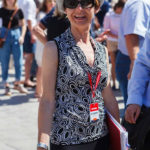 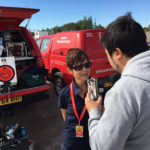 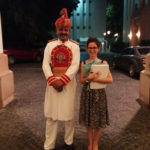 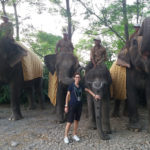 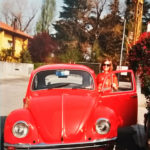 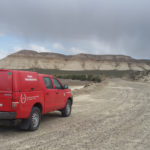 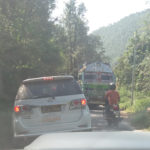 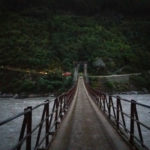 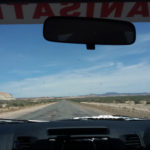