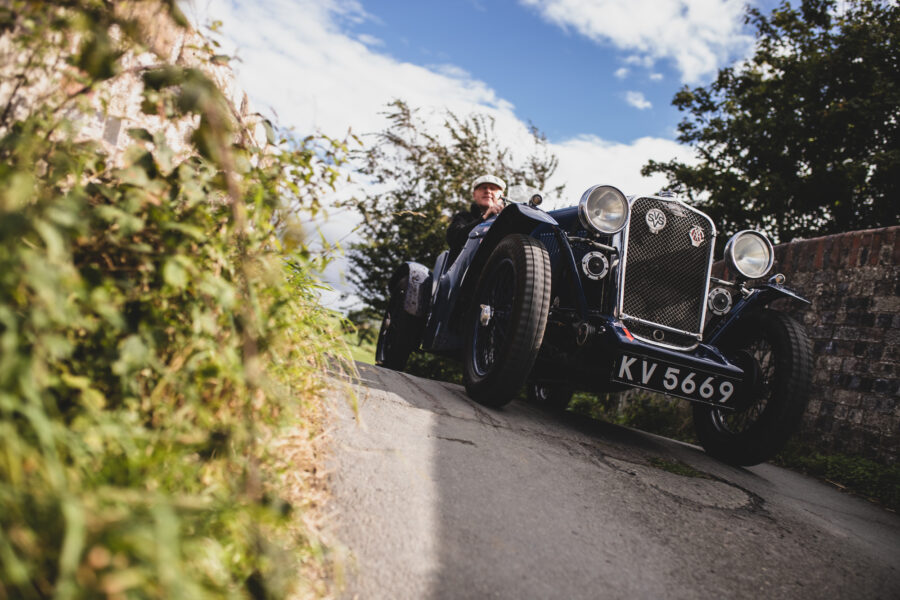 A Lady and Her Singer: Permanent Stitches in Time

One of the key elements that drew me to historic rallying, indeed historic motorsport of all varieties, is the fact that much coveted automobiles are out being used, as opposed to being hidden away in garages or polished in museums. Not just used either, but slung about with venom and enjoyed in the very fashion their designers hoped they would when pen went to draughtsmen’s stock, all those years ago. It is then, even more fabulous when a car of genuine provenance, that extends further than the badge upon its nose, is adorned with rally plates, and takes off under the starting gantry for a weekend of rallying fun. One such car that has been enjoying the fresh air on recent HERO-ERA events is the stunning Singer Le Mans Prototype, crewed by (owner) Christopher Wilks and David Creech. Naturally, the dinky little pre-war machine accrued attention by the very nature of its vintage, but the story of KV 5669, and the machines and pilots associated with it goes much deeper than its panel beaten skin.

The Singer 9 was the direct offspring of the much less powerful, but still successful, 8hp Junior. The base model 9 was a slightly larger displacement, 972cc vs 848cc, and provided more than three times the power. Naturally there was a more powerful sports model, and it was the relative success of this version’s entry into the 1933 Le Mans 24 Hour that inspired the production of the Le Mans. Endurance racing aside, the 9 had excelled in trials competitions, and its increasing motorsport pedigree led Singer to set up a dedicated motorsports department, and this is where the story of our car begins. ‘5669 was one of three special lightweight nines commissioned by the factory to take part in the 1933 Brooklands Light Car Relay, but would ultimately not be ready in time to take to the start. The following year however, all three machines would line up in red, white and blue at the hands of an all-female racing team, with team leader Kay Petre at the wheel of the blue machine, KV 5669.

It would be foolish to think of this as some sort of publicity stunt by Singer, as all three women, Petre, Eileen Ellison and Mrs Tolhurst were talented racing drivers in their own right, and a Segway into the career of Kay Petre provides a nice side story to the success of the ‘5669. Petre was arguably the most famous female racing driver of her generation, diminutive at a slight 4’10, never the less she possessed a speed and deftness of touch that would eventually lead to her lapping the famous banks of Brooklands in a monstrous 10.5 litre V12 Delage at 134.75 mph. Back to the ’34 LCR though, and the ladies would finish 5th overall, winning the Houghton Cup for the highest placed women’s team and would also be awarded the Wakefield Trophy as the first one-make team across the line. Petre’s career would go from strength to strength, and her success in the little blue Singer would lead to a Le Mans drive in a Riley Ulster Imp, sharing the seat with Dorothy Champney, as well as a full factory seat for the Austin works team. She would drive many cars in a successful career, including other forays in Singers, such as her entry in the 1934 Alpine Trial in a ‘9 Le Mans. 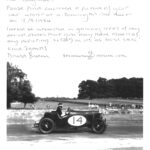 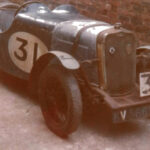 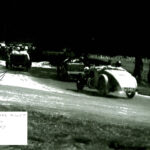 Eventually a terrifying accident at Brooklands would curtail Petre’s racing, where after being hit by another car she suffered serious head injuries and, despite recovering, would not compete again, although she remained involved in motorsport in some capacity for the rest of her life until her death, at the age of 91 in 1994. KV 5669 would go on a different path from Petre, ending up in South Wales, and would compete on the hallowed surface of Pendine Sands, and, after being rescued from an air raid in 1940 and sitting dormant in a barn, would eventually be restored in the mid 70’s, leaving it as the only one of the famous three prototypes that remains in drivable condition to this day. Indeed, the red car of the three, KV 5670, seems to have disappeared completely whilst the white machine, KV 5668, resides at Brooklands, and whilst its current residence is appropriate, its condition, sadly, does not match the provenance of the machine.

As well as the striking blue finish of KV 5669, one or two other details set this car apart from the others, although these could only be identified by those in the know. The first require a glance back to when Petre drove the car, and is more a signature of hers than of the Le Mans. Nevertheless, any scrutineer who chose to look under the seat would have found a lipstick case, seven cigarettes, a stopwatch as well as some other odds and ends usually found in the make up bags of stylish ladies of the day. Petre may have been a racing driver, but she was also a lady, and well known for looking every inch as polished as her car! Some other key features have come to light more recently, when current owner Christopher Wilks had the engine rebuilt. In doing so it was discovered that the engine came equipped with a magnesium alloy sump, but further than that the design included a unique oil delivery system installed on the counterbalanced crankshaft, and at the other end of the conrods from the crankshaft sat a set of pistons absolutely unique to KV 5669. The car was also a hemi, a feature not encountered on any other Singer for several years after this car was built. 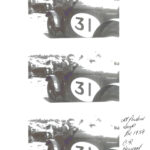 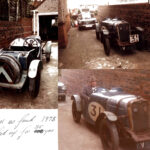 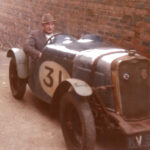 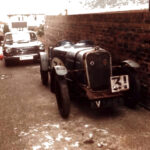 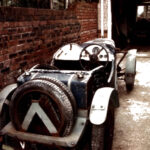 So not only full of competitive history, but a machine that from the ground up is unique and full of stories to tell, and a quick conversation with owner Chris will transport you down a rabbit hole into the much deeper history of the car. Indeed, also the Marque in general, as Chris will tell you how the blue and white cars were reunited at Brooklands during the 2018 Flying Scotsman, a fact that would surely move even the most cynical in our midst! With a comprehensive history file coupled with its provenance (as well as it being the only roadworthy one of the ‘three’), many would consider the use of the machine in rallies as folly, but I disagree and it is a pleasure to see this, and cars of its ilk being used as they were designed. Nobody can tell the story of the car better than Chris himself though, so enjoy our short film of ‘5669, and perhaps take some inspiration for your next motorised adventure!