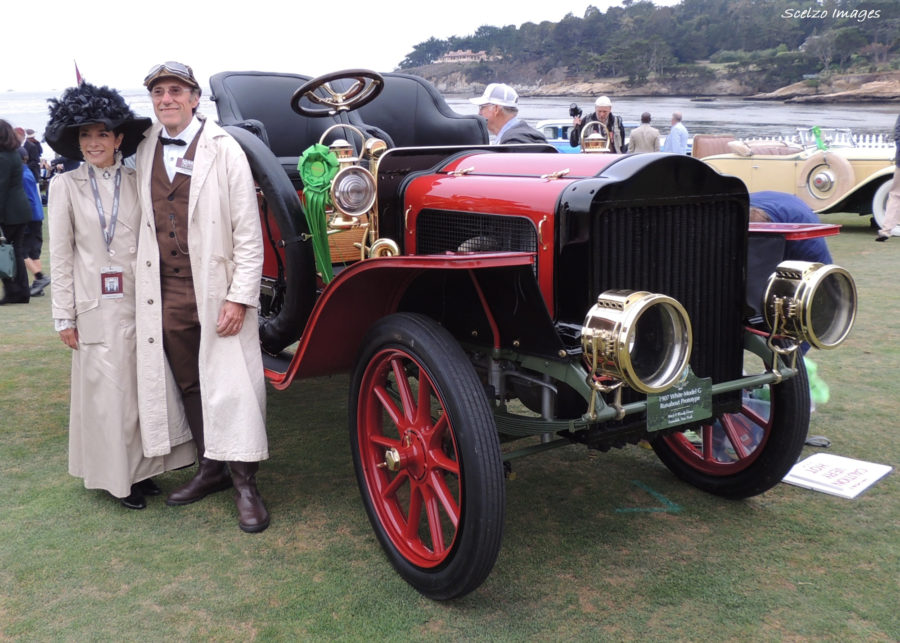 Mitch Gross’ and his dream of completing the Peking to Paris Rally, with a more unusual method of propulsion

‘What are you most concerned about?’ I ask Mitch Gross, about his upcoming Peking to Paris adventure. ‘The roads when we hit Western Europe’ comes the unexpected reply. ‘The car doesn’t like running at high RPM for an extended period of time, so we will have a few long days behind the wheel covering the extra mileage asked of us in Europe’. The answer is a surprise, as when you immediately consider the task of travelling 8000 miles from Peking to Paris, across the expanses of Eurasia, it is the challenges of remote places like the Gobi Desert and the less than agreeable roads through Kazakhstan that one might expect to be playing on Mitch’s mind, but after some background on his car, his answer begins to make sense.

The machine in question is a 1910 White MM steam car, yes you read that correctly, and more than that there are only around three of this particular model left in the world. Two reside in museums, the last, highly original example belongs to Mitch’s extensive collection of steam propelled cars. Not as popular in Europe, the steam car was a much more common sight over the water in America, making up around 50% of the machines on the road at the start of the 20th century. The White produced cars were some of the finest and most luxurious, and the White Brothers dynasty, that began with sewing machinery and finished up with heavy goods vehicles, is still evident today with its DNA found in Volvo trucks.

Mention steam and the first thing we all think of is a steam engine and I’m sure the uninitiated, including me, would imagine some Heath Robinson inspired creation, travelling down the road with a chimney stack and boiler, bolted to a set of wheels. The truth is much more compact and elegant, and instead of manically shovelling coal or wood into a firebox, superheated steam is created in a generator that is powered by either kerosene or petrol. This high-pressure steam then drives a more conventional engine, in the case of the White that Mitch owns it is a double action compound motor, that is that steam drives the piston in both directions of the stroke, creating a highly efficient power plant. Coupled with the high amount of potential energy contained within the steam, it creates a powerplant that can deliver some 1000 ft/lb of torque almost instantly.

But surely there are easier things to complete the P2P in? Well, yes, but steam cars are just what float Mitch’s boat. It’s in his blood, his Father worked as a steam engineer in the US Navy and Mitch followed in his footsteps and despite competing in many other events and rallies in various steam propelled machinery, Peking to Paris has been somewhat of a life long dream. “No steam car has ever completed it”, Mitch tells me, ‘in fact, if we complete it, we will set a record for the greatest single distance covered by a steam powered automobile’. Mitch goes on to tell me that he thinks the car will be well suited to deal with the challenges of the less than savoury roads on the route. The car was built at a time when American infrastructure wasn’t what it is today, and the machines of the time were well used to running up and down rough-cut tracks. The large diameter wheels and extensive ground clearance of the White back up the theory and the efficiency of the motor and water carrying capacity of the large, 7-seater vehicle mean that the car will have a range capable of dealing with the remote parts of the route.

“We reckon that the car can do 50 miles to a gallon of water, and with a carrying capacity of 50 gallons we have plenty of range. Even factoring in that we expect a slightly reduced economy in the heat, we will still be able to deliver a range of 350 miles”. So, whilst the rest of the competitors might be scrabbling around for a remote fuel stop, Mitch and his experienced co-driver Chris Rolph, are confident they won’t be caught out.

It promises to be quite some sight, a 25ft, 2-ton steam propelled veteran car, travelling across the Gobi Desert and expanses of Mongolia. Mitch himself is most looking forward to seeing the views enjoyed by Scipione Borghese and Ettore Guizzardi on a route that is very close to the original 1907 rally, in a landscape that is also likely to remain faithful to the original pioneers. In a car that is also extremely original, with only the addition of a battery and lights mandated by the rally (and some replacement upholstery). Despite the complications of driving it (with a hand throttle and foot brake), and the now 109-year-old car, Mitch and Chris are confident that they will complete the route and at the same time enter the record books, although more importantly Mitch will complete his life-long dream of succeeding on the Peking to Paris rally. 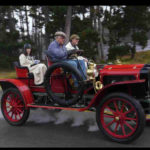 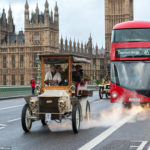 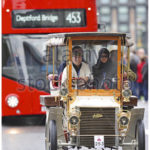 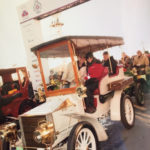 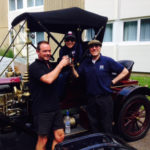 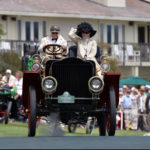 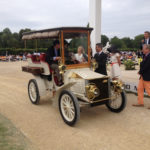 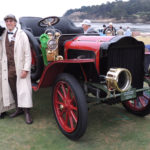