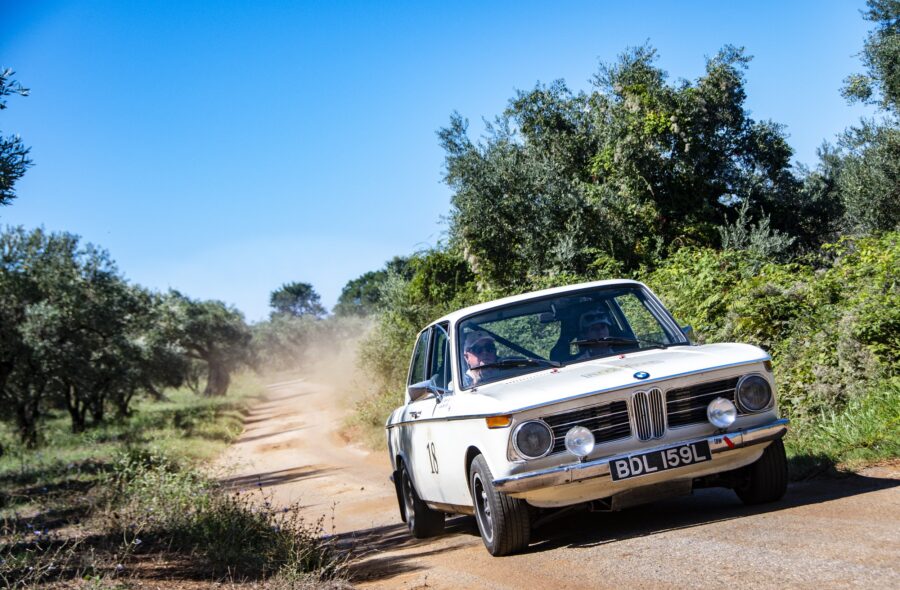 Under Pressure But Holding On To Top Spot

They knew it was coming just not the detail or the cunning but by the time the cars eased to a halt high in the mountains after over 200 miles and a set of regularities which had tormented many a navigator, the crews confirmed unanimously that this was The Toughest Day.

The HERO-ERA Temple Rally continued the unwrapping of its daily delights of varied breath-taking views after the cars crossed back from Sicily to mainland Italy but Day 11 had a sting, something the organisers had planned long ago, to test their mettle after so long on the road.

“It was a very challenging day and that was because it was meant to be exactly that,”said Clerk of the Course Guy Woodcock.  “We wanted to test  the crews and it seems to have done that. It will get easier from now on but today was planned to be a challenge.”

And yet, after all the driving from coast to mountain top, 4200 feet at one point, through villages which reverberated to the sound of the classic cars and had locals coming out to cheer and savour the passage of Bentleys, Aston Martins, Porsches and all, something things did not change, mainly, the top three.

After a much-required rest day in Taormina, the crews caught the early ferry from Messina and began the next chapter of the 2500 mile chase from Athens to Rome.  Tomasz Dzitko and co-driver Beata Siwek, rose in the new dawn having won four of the competitive days exactly the same as their rivals, Benno Britschigi and his daughter Nina.

What was described as a “quick-fire regularity” caused the first problems for the Britschigis, from Switzerland, the first of two on the day when they took a wrong turning and lost over a minute.  Benno’s skill behind the wheel of their Ford Mustang Convertible, saw him claw back the deficit but Tomasz and Beata are formidable.

In their MGB GT, they have become a real team and Beata has worked out a strategy and it is working.  “When you focus only on time, you can go wrong,” she said as they relaxed in their hotel which has stunning views from a mountain height. She also has a great view of how things should go. “You need to be on he right road first and then look for the times.

“I told Tomasz this and it is hard, there was tension because he drives very fast and I have to say ‘slow down, slow down and we will see the right road.’  It really worked today but it is hard.  It was stressful and successful.  When we had finished I switched on David Bowie singing Under Pressure.”

She was right, for as many others, including their immediate rivals for the overall lead, the Britschigis, strayed they were always on the right road despite the deliberate and well thought-out lure of multiple turnings at key points on the roads which were easy to misinterpret, especially when running against the clock.

So, while the Polish pair accumulated only 21 seconds of penalties on the day, the Mustang rivals had 88 seconds and that leaves them 2 minutes and 3 seconds behind.

“It’s not over,”said Benno after congratulating the leaders.”We got it wrong a couple of times but it is good fun and the rivalry is a nice thing to keep us chasing.”  Tomasz agrees, adding: ”There are two days left and we could take a wrong turning or something might go wrong with the car, so no celebrating yet.”

In third place – and you’ve guessed it already if you have been following the rally – are the Mortons, Peter and Louise in their BMW 2002, as they have every day.  The good news for them is that those around had problems and they now have a decent gap to the new fourth placed car, a Datsun 240Z of 1974 vintage driven by Scottish pairing Andrew Laing and Ian Milne.

They moved up after lunch which was had at a restaurant run by The Italian Bee Gees, who were on site but too busy working front of house to break into a chorus of ’Staying Alive.’ After that short break, the Temple Rally surged up into the beautiful Valle del Fiume Argentino National Park which provided switchback roads and even more of the hairpins which demand so much.

It’s best described by Steve Gale, who drove his MGB GT up from his home in Monaco with co-driver, wife Penny. “The first bit to the very first timing point, you’re doing okay, because you can get your head around everything because you are right at the start. You see the timing control, you stop, they take the paper, they stamp it they give it back you started and you don’t get any seconds for that. So you’ve now lost 24 of your seconds waiting. Everybody does.

“Now you have got to go like crazy to try catch that up. Right? And today the crazy bit was downhill through a forest on very uncertain roads. So that was hairy, you’re having to do like 60kph to average 40k. On the first section today, we came around the corner into a herd of goats and had to work our way through them. There is more time gone.

“Then we had to get ourselves past a tractor on a narrow mountain road and then found a time control. And while we’re doing it all the time, you can see in the rearview mirror the tractor creeping up. We got away just in time. .We continue having problems with the brakes which are overheating. And they’re either getting too hot, or they’re just getting a bit out of adjustment. It’s insane but as a driver it is still really enjoyable for the challenge and you just get on and do it.

Improvements are being made all round and especially for novices Martin Beck and his son Joe in their Porsche 911 as they were third best on the day and remain in 12th place while Dick de Groen was quick to congratulate his wife Alexandra after she helped them move to seventh with the second lowest penalty score of 54 seconds.

There was good news from home for England’s John Yates, who drove his Mustang with even more vigour after learning that he had just become a grandfather.

Tomorrow the route moves inexorably towards Rome with more challenges as the HERO-ERA event reaches the Amalfi Coast. 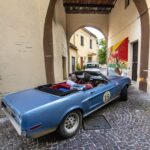 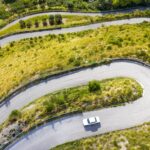 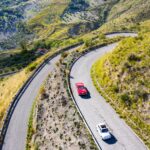 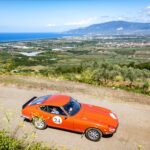 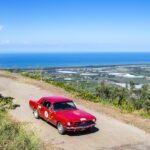