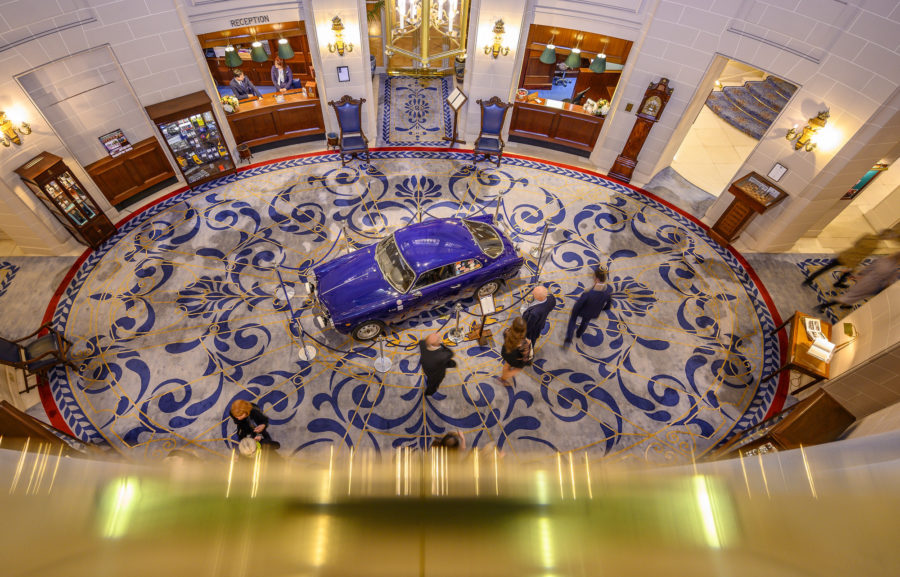 The HERO ERA Awards Dinner celebrated the achievements of the most successful competitors of the 2019 classic rally season at the Royal Automobile Club in Pall Mall. More than 800 entries from 14 nationalities on 11 different events covered over 29,000 kilometres of competitive rallying in what was a superb season.

The stately surroundings of the Royal Automobile Club were the setting for the evening’s welcome speech from HERO Chairman Tomas de Vargas Machuca, and presenting the prize-winners with their awards were Motorsport UK Chairman David Richards, whose own rallying pedigree includes co-driving Ari Vatanen to the 1981 World Rally Championship title, and Royal Automobile Club Chairman Ben Cussons, himself an enthusiastic historic motorsport competitor.

The HERO Cup, Golden Roamer Award and a selection of Special Awards – some in recognition of efforts on the gruelling Peking to Paris Motor Challenge 2019 – were handed out at a glittering ceremony.

“It’s a great year that we’re celebrating tonight,” said Tomas de Vargas Machuca. “Thanks to the RAC and their Chairman, our dear friend Ben, who is here tonight. And also to Motorsport UK – we could not operate without the legislation required and the cooperation from them, and David is a good friend of us as well. His passion has even extended this year to competing in a pre-war open-top car on the Flying Scotsman and coming fourth overall!

“With this competition comes a responsibility in protecting historic machinery, craftsmanship and engineering to keep them as safe, reliable and as sustainable as possible. For 2019 we stopped giving plastic bottles out and replaced them with flasks. It’s a drop in the ocean, but we have decided to be the first carbon-neutral platform in our segment. That includes route travelling for recces, the planes we take and the competition itself. We are going to be planting trees to absorb all of that. We want HERO to be leaders and not followers in this crucial fight.”

The first Special Award was given for Invaluable Contribution, and was handed over to Graham and Sue Parkinson. “They went beyond the call of duty, from being recce drivers to turning out marshalling and, most important of all, providing me with Jelly Babies!” said HERO ERA Competition Director Guy Woodcock.

HERO ERA Managing Director Patrick Burke gave out the Record Breaker Awards. The first went to Australian duo Gerry Crown and Matt Bryson who, with their Leyland P76, scored their third Peking to Paris victory in 2019. Crown has finished six Peking to Paris events in total, including two further class wins. “A friend of mine in London showed me a story in The Times in the 1990s that they were resurrecting the rally,” said Crown. “Who was to know that 25 years later I’d be standing here talking to you about it? It would never have happened if it wasn’t for this wonderful sport that we’re in.”

The second was claimed by Anton Gonnissen who, with Herman Gelan, finished the Paris to Peking on a 1907 Contal Trike, 112 years after Auguste Pons failed to do so on a similar machine. “When you get out of Mongolia you think you’ve got a chance,” said the adventurous architect. “Then something happens and things don’t go your way. Then you’re in Finland, the Baltics… and coming into Paris there are all these traffic jams and you’re so tired you don’t realise what is happening.”

Mitch Gross and Christopher Rolph were also honoured for breaking the distance record for a steam-powered car – their 1910 White Pullman. “It was at moments like when we needed a third engine rebuild that we thought we wouldn’t make it,” said Rolph. “But we took the best bits from each of the two we had and put them together in a hotel car park in Tallinn!” Their rally also included an 1800-mile, 36-hour non-stop dash through Mongolia to leave the country in time after having to turn back to Ulan Bator to fix a fractured oil pipe.

The final Record Breaker Award went to Theo Hunt and James Galliver as the Youngest Podium Finishing Crew, for third position on the Flying Scotsman.

The Golden Roamer Awards for the top navigators in HERO events, presented by Ben Cussons, were as closely contested as ever. Third place went to Martyn Taylor on 166.5 points, second position to Elise Whyte on 228.5 points, and victory to Roger Bricknell with 243 points. Bricknell became the first person to be crowned HERO Cup winner as a driver (in 2011) and Golden Roamer champion as a navigator.

Whyte, who navigated sister Seren, had to miss the final Le Jog event due to acting work commitments, but saluted Bricknell. “Roger was a worthy winner,” she said. In recognition of his former title of HERO Cup champion, Bricknell joked: “Any fool can drive, most fools can navigate with a map, but not many fools can do the maths.”

David Richards presented the HERO Cup Awards. “The great thing about historic rallying now is we’re seeing a younger crop of people participating,” he acknowledged. “Enthusiasm for it is growing all the time, and one of our targets is to keep that going.”

Third position was taken by Paul Dyas on 149 points, second by Stephen Owens with 172 points, and first place was awarded to Jayne Wignall with 183.25 points after her season at the wheel of not only a svelte Alfa Romeo Giulia Sprint but also a brutish Sunbeam Tiger. It all could have escaped her clutches though, after a scare on the way to the start of Le Jog, when the Alfa sustained a puncture in the middle lane of the M5 in the dark and rain while she was overtaking a lorry.

“I only had one spare and when we got down to Penzance we managed to find another spare tyre,” she said. Sportingly, husband Paul withdrew his own puncture-stricken Alfa partway into the event to enable Mrs Wignall to continue. “I wouldn’t be standing here if it wasn’t for my navigator Kevin Savage,” she said. “Not only is he a brilliant navigator, but he also repairs the car for me – like he did on Le Jog when the exhaust fell apart. I’d also like to thank Stephen Owens who’s been very gracious. I wish him luck this year – he’s a real gent.” 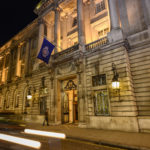 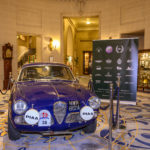 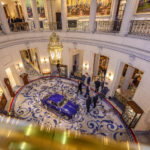 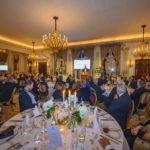 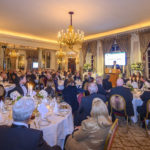 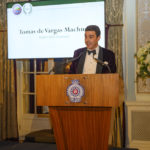 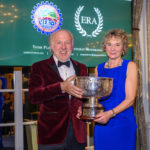 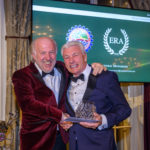 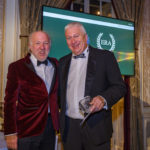 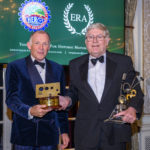 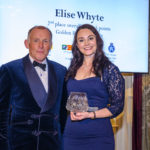 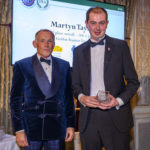 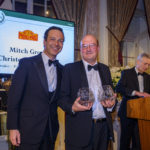 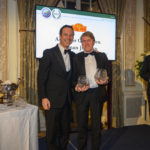 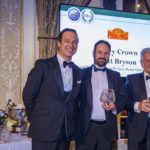 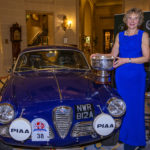