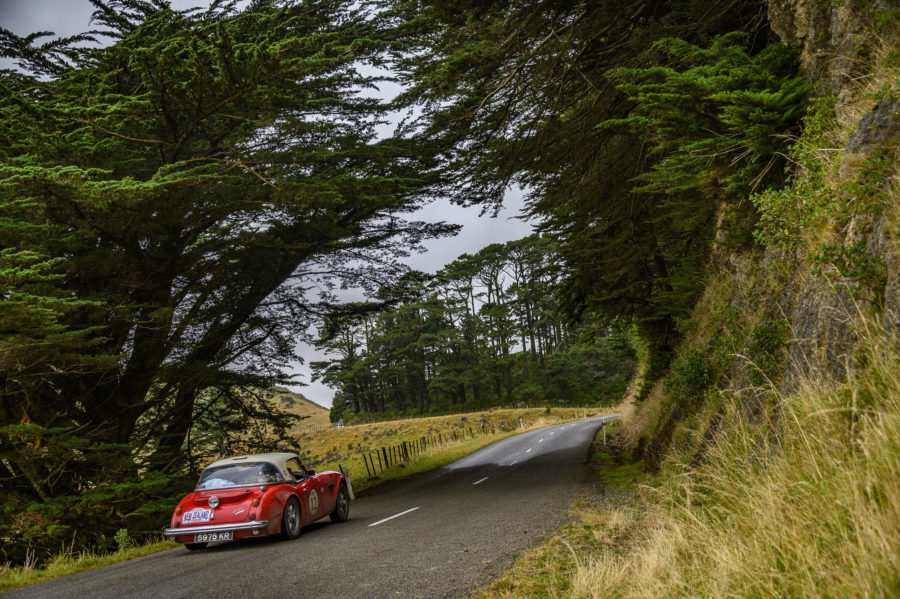 Engelen and Gillis extend their Porsche lead to 15 seconds

No less than three tough Regularities featured in a busy New Zealand Classic this morning following an early start from ‘Parmy’, Palmerston North. On a grey day passing through gorges and then a major sheep farming area, where a light aircraft was spotted landing precariously on a hillside sheep station at one point, crews had to hustle their cars from one Regularity to the other in order to make it through to Wellington via an assignation with a vineyard.

The first Regularity was a blinder in many ways. A corker of a road with some deceptive bends, including a triangular section of road that caught out the unwary. Olivia Holroyd took the wrong option and ended up passing a Timing Point the wrong way with her father driving the Bentley 4 ½ Litre. So did Jeff Urbina and Chris Pike in the 1972 Ford Escort, going a long way off the Regularity route losing a lot of time which sadly dropped them out of the top ten.

Anthony Verloop dived down the same wrong turn in the Mercedes 280 SE but his wife and navigator Sonja Verloop-Postmus shouted stop just in time. The duo reversed out and found the right turn.

It was an exciting time, Jeff and Chris enjoyed the drive of their life as they dashed across the deserted NZ roads to catch up with the other cars, afterwards Jeff said; “ that’s not the first time we’ve screwed up and it won’t be the last, these things happen!”

Peter and Gris Gordon are also loving the gravel roads as their sideways MGB GT action showed a few times on the desolate tracks. However, they did get a little scare as did a few other cars, when out of nowhere, a massive sheep truck appeared on the narrow tracks, “It just cut across us” said Peter, “luckily we had just finished the Regularity and found a bit of space to avoid it.”

In all the concentration and hard work of route finding with timekeeping over, Rimu Road, Castlehill and Te Parae, Sherif Hwaidak and Jack Harashchenko lost more time to the leaders, from eight yesterday up to fifteen seconds today. “But it’s not so bad, there is still a long way to go” said Sherif.

A misfire due to difficult ignition was quickly attended to by the mechanical assistance crews on Stephen and Collette Owen’s Jaguar SS100 but it meant; “we were a little bit flustered after we dashed to reach the Regularity going through last. Then the car still had it’s misfire!” Said Stephen. “We are getting a new set of tyres tomorrow, the current set are ripped to pieces but at least the worn rubber gave us an exciting ride today. It was Collette’s birthday and they organized a little cake with candles for her at the vineyard which was an unexpected surprise.”

Jack Harashchenko; “We messed up today losing a total of 23 seconds, we think maybe the tyre pressures are wrong, we are still getting a lot of wheelspin which could be affecting the Trip. Sherif drove really well though, we are working well together.”

Bill and Olivia Holroyd. A grinning Olivia said;” I took the wrong turn, the Monit has been playing up a bit, but still it was my mistake!”  Bill; “We were only two seconds off in the other section, without that little mistake we could have moved right up the order!”

Filip Engelen. We got a one second then a four second, a 5 then 3! We shouldn’t have done the adjustments we normally make on gravel, we normally adjust to correct but we were 5 seconds late then three early at the next control. It wasn’t good.” Filip and Ann Gillis actually extended their lead in their Porsche 911 Targa by 15 second despite their under-par performance!

Julia Kirkham; “What a great day we had. Unbelievable, we got a zero, our own very special lollipop. To add to that we are meeting some relatives in Wellington tonight, some of them for the first time, so we are very excited!”

Olivia Hunt; “Yesterday I rather forgot that they had changed the Speed Tables so just read off the wrong ones, I had no idea! But I can talk to you today as we might have just topped the day, we got a lollipop, a zero on one of the Regs so it’s a happy car again! We are now looking forward to a night in the capital of NZ, Wellington.”

Mark Appleton Clerk of the Course New Zealand Classic; “ It’s been a really good start to the event, ten days of wonderful views and great driving in the North Island, but we have lots more incredible sights, and great rallying to look forward to in the South Island. The people are just as friendly only there are even fewer of them!” 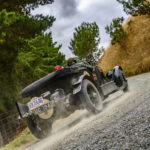 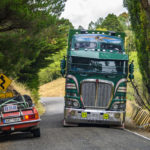 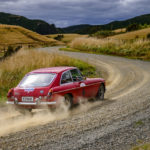 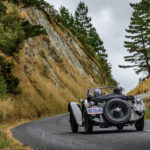 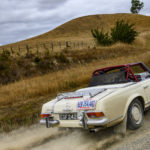 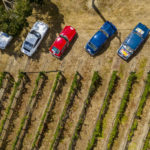 Photos of ERA New Zealand Classic 2020 (15/02–08/03/2020). All rights reserved. Editorial use only for press kit about the event. Any further use is forbidden without previous Author’s consent. Author’s credit “©Blue Passion Photo” is mandatory.