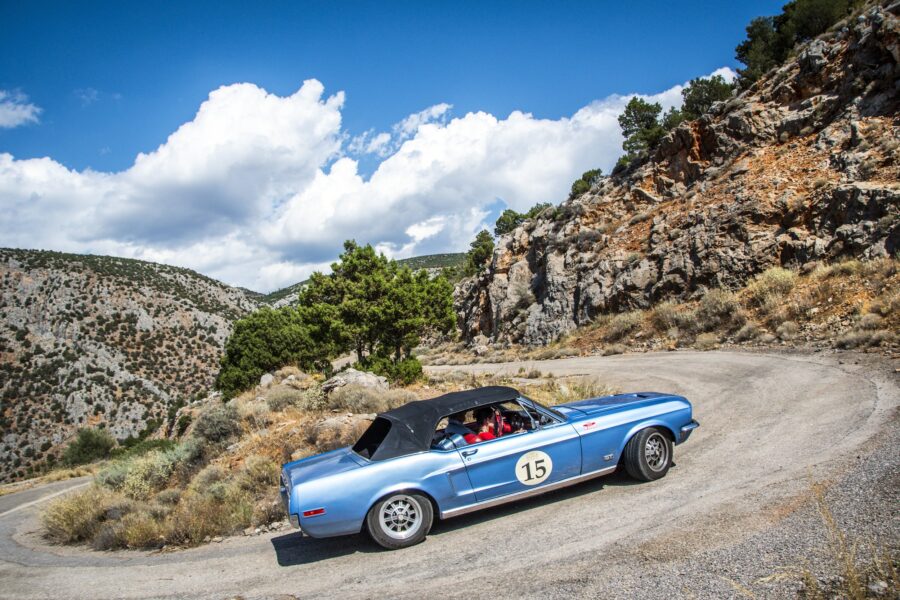 What a day as the Temple Rally surged onwards relentlessly in the dust and heat of southern Greece which saw the strain telling on cars and crews as the HERO-ERA  event demanded more from all while providing views of the country few imagined.

By the end of day four, the back-up work from the HERO-ERA mechanics saw them help several cars stay on the roads with skilful and very fast work and haul another car from a ditch.

Inspiration was provided by the departure from Ancient Olympia, birthplace of the Olympic Games, and by the arrival 200 arduous miles and nine hours later at Delphi. It is there that the Oracle was consulted on great matters in the Temple of Zeus but even she might have struggled to forecast the day or the overall winner.

The ancient Greeks believed that Delphi was the centre of the world, marked by a stone monument Omphalos which is their ancient word for “navel’ and so the site became known to the less reverent as the belly-button of the world.

Rather than contemplating their navels, the crews of the 21 cars which set off after the most convivial night of the rally so far in Olympia, were soon back to head-scratching as they tackled the latest challenges on the 2500 mile run from Athens to Rome.  They rose from seaside villages to to the mountains for the regularities, the stages of roads where speeds and times must be exact as possible.

To get there they headed past the new Asteri Lake Dam, a magnificent body of water shimmering in the heat.  They slalomed past the astonishing numbers of dogs who choose to lie in the middle of the country roads which are mainly used to provide views, and arrived in Rio.

There stands the magnificent 1.8 mile long Rio-Antirrio Bridge, the world’s longest suspension bridge which took the cars from the Peloponnese peninsula back to the mainland.  Time for a coffee close the beautiful structure and then across to climb high into the Pindus Mountains.

The views were utterly spectacular across the Gulf of Corinth but once into the regularity, there was no time for sight-seeing, only for correct calculations and nerve of steel from navigators as the drivers powered their cars up tight, winding roads which demanded precision, particularly on the many hairpins.

By lunch in the laid-back, scenic fishing and tourist town of Galaidi, the toll was beginning to be paid. Car 1, the 1934 Aston Martin, which has not hiccuped so far, suddenly had a problem when they found that they only call on second gear with a regularity ahead.

Nothing that Nigel Dowding and Mary Antcliff could not cope with.  They fired up the car and drove the torturous route with only one gear,  stopped at local garage after the regularity, and with some ingenuity, sorted out the little nut which had caused big problems.

“It was frustrating,”said Mary, from near Silverstone, “a little nut had come loose on the gear change and we could not sort it then but you just have to get on with it if you can.  And we did.” They ran well for the rest of the day and finished fifth overall, something of a triumph.  They were far from the only car with problems.

The Porsche 911  under the command of Swedish friends, Hans Lycketorp and Karl Benquist also developed a gearbox fault but their car stuck in reverse. “We tried a few things but nothing could alter it and faced with reversing all the way to Delphi, we managed to get hold of a garage with a tow-truck and had the car brought to the hotel. I think we will be back tomorrow.”

The real piece of drama to get crews talking came just near the end of the day in Regularity 4 as the cars dropped down the mountain and through olive groves. Dirk de Groen and his wife Alexandra, who had shipped their lovely 1971 BMW 2002 from Miami for the event, suddenly found themselves gazing up at the blue sky as its tumbled off the road.

The back end of the car had dropped into a ditch but they managed to clamber out without injury and Dirk explained what had happened. “I overshot the corner in the grove instead of turning left.  I reversed quickly but didn’t realise there was a ditch close to the edge.

“It could have been a lot worse if we had a traditional petrol tank but we prepared the car properly for the event.  The car just fell in but we are fine, there is no damage, we were lucky, and the only thing was that fuel spilled out on the overflow as I recently filled it up.  At 2 Euros a litre that was the most painful thing.”A HERO-ERA back-up truck was quickly on the scene to pull the car free and it roared off to Delphi like a freed lion.

Deborah Woollard and Steve Young, who missed a day after she fell ill with heatstroke on day one also had problems. Having changed suspension parts and seats before the rally on their Datsun 240Z, she has found the car highly uncomfortable and was soon in pain at the constant rocking and rolling in the charge up and down mountains.

They ended the day early and headed to Delphi earlier and are now debating what the future is for their rally.  “I don’t want to let Steve down but I wasn’t much help as my stomach was really hurting and it became too much to bear,”said Deborah.  “The roads are tough on our car, there is so much bouncing around and I’ve said to Steve that if he could find another navigator then I would be happy.”

The Temple Rally, the third of a trilogy of events with the Baltic challenge and Adriatic Adventure run by HERO-ERA,is arguably the most scenic but it is also proving to be very demanding at times.  Even a highly experienced rally man such as Ian Milne, from Aberdeenshire, in a Datsun 240Z with Andrew Laing, says: ”I have been over many regularities over many years and these are as tough as I have done.”

Benno and Nina Britschgi continue to rule the roost in their Ford Mustang convertible with the top three unchanged but another British couple, John and Nicole Whitelock are up to fourth in their 1968 Mercedes Benz 250.

The next stage will demand stamina for it is the longest so far, one 400 miles of running including regularities on a very varied day which take the cars through a ski area and finally down to the coast for the overnight ferry to Italy. 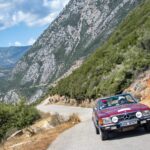 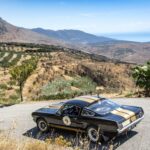 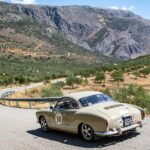 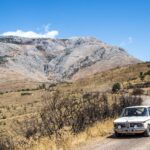 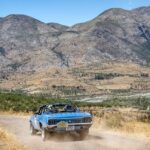 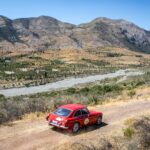 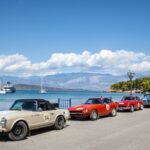 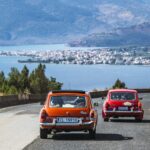 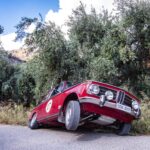