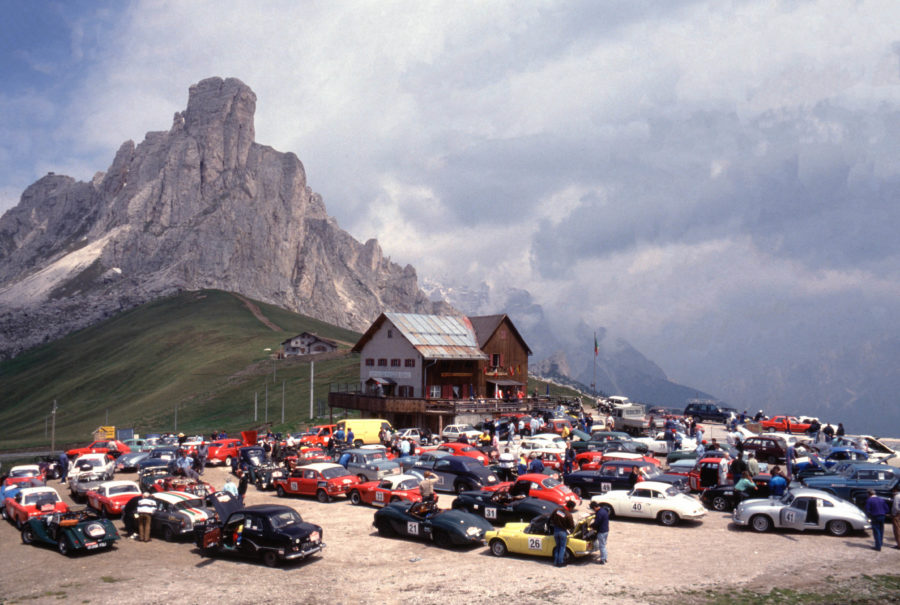 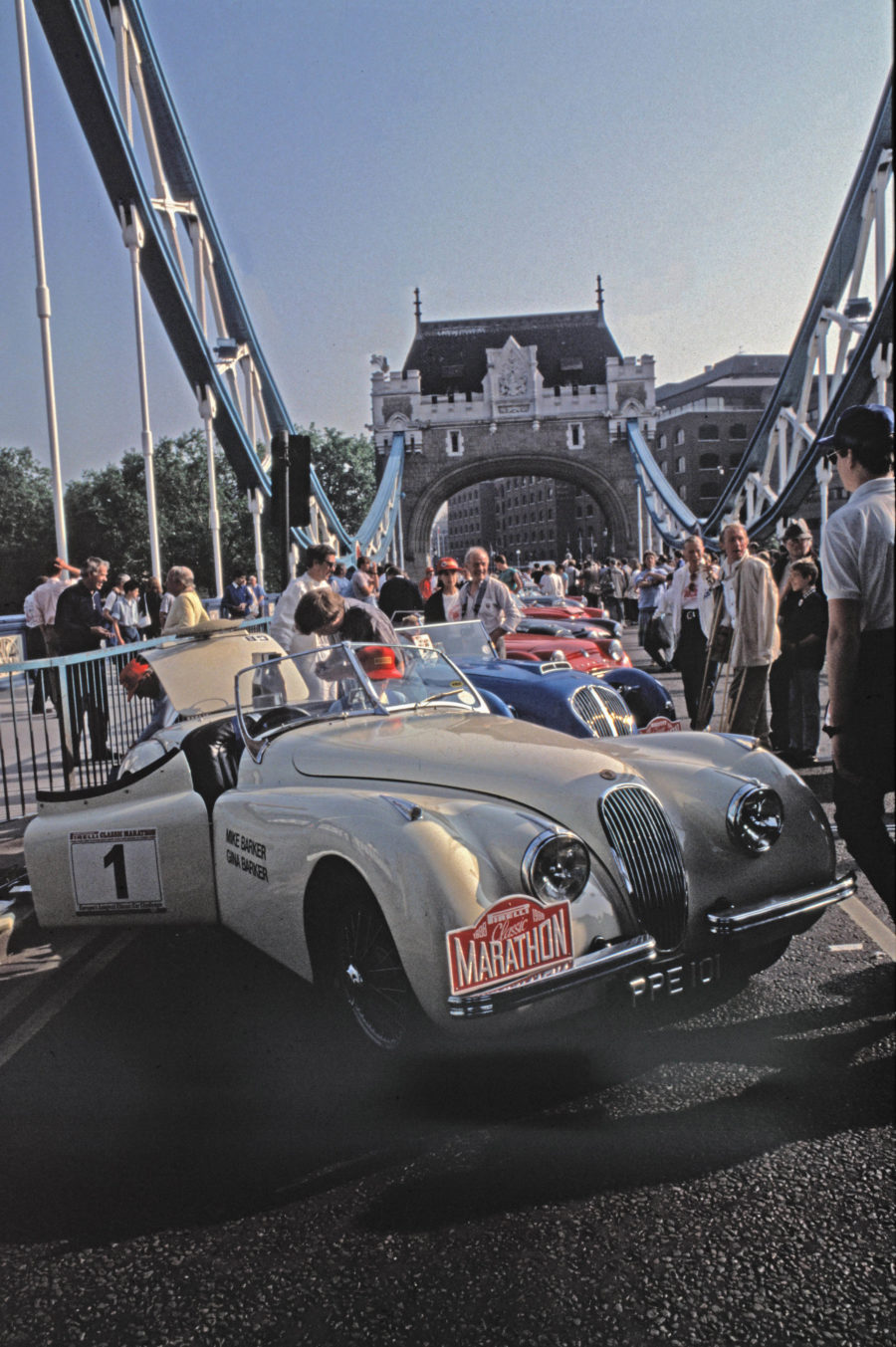 On 19 June 1988, 95 cars left Tower Bridge to take on the first Pirelli Classic Marathon. In a rallying world dominated by works cars and professional drivers, the Historic Rally Car Register and more importantly the late Philip Young, organised the first European marathon for cars built of a period before 1968, although cars with competition history up to 1974 were allowed to compete provided they complied with certain regulations. This first ever Marathon covered 2800 miles in just eight days; visiting six countries, and including a variety of Special Tests to challenge both crews and cars. To make the event even more special, The BBC filmed the rally for a Top Gear Special called ‘The Great Chase’ which was watched by over six million viewers.

After leaving the start line at 08:00 on Sunday morning, crews made their way to Lydden Circuit in Kent to take on the first test of the event; a fast slalom at the circuit now better known for Rallycross and drifting. The first Test win was to be claimed by the Banbury crew of John Atkins and Rob Lyall in the Cobra. From Lydden, competitors then made their way to Dover and on to Calais by ferry. Upon arrival in France, and with limited competition on the first day, a further four hours were allowed for the crews to travel to the overnight halt in the grounds of Champagne Piper-Heidsieck, Reims. 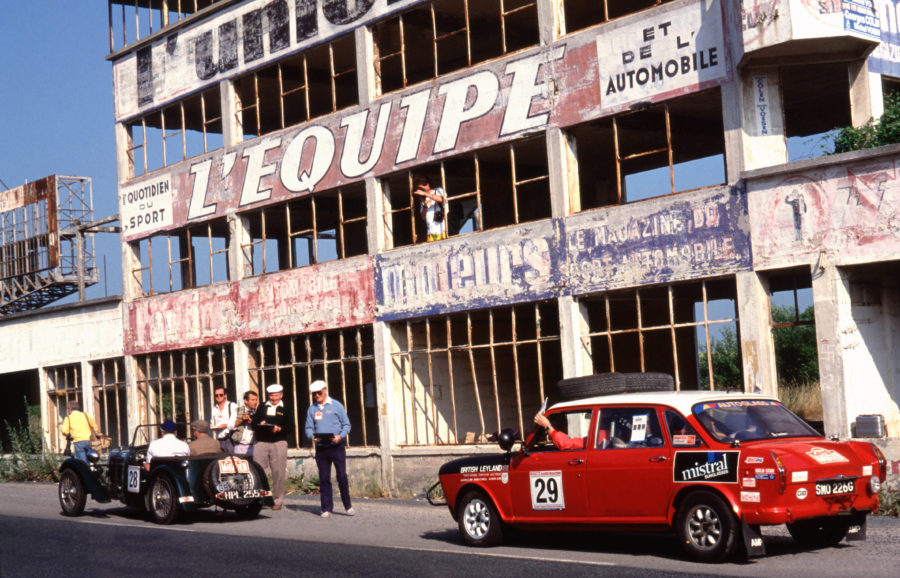 Day Two comprised of a brief visit to Reims Grand Prix Circuit before heading to Pevy Hill, the first timed hill climb on closed roads. This second test was once again won by Atkins and Lyall in the Cobra, two seconds ahead of the fantastic sounding Austin Healey of John Chatham and Ken Bartram, the start of a battle that would rage throughout the event. The afternoon saw competitors arrive in the Alps and the opportunity to take in some stunning scenery as they made their way towards Aix-les-Bains on the Lac du Bourget for the overnight halt.

“Strapped into our seats and surrounded by a complex roll-cage, we have little room to move – acceptable for the driver, but as navigator and photographer I have to balance my maps, roadbook, time sheets, clipboard, pens and clock, and still be able instantly to reach toll-money, cameras and assorted paperwork. Yet though the cramped interior of the Tiger becomes steadily hotter from the big engine, I am kept busy working out our average speed, arrival times, and fuelling points so as to do the hill climbs with the minimum weight.”  – Gordan Cruickshank, Car 9, Sunbeam Tiger. 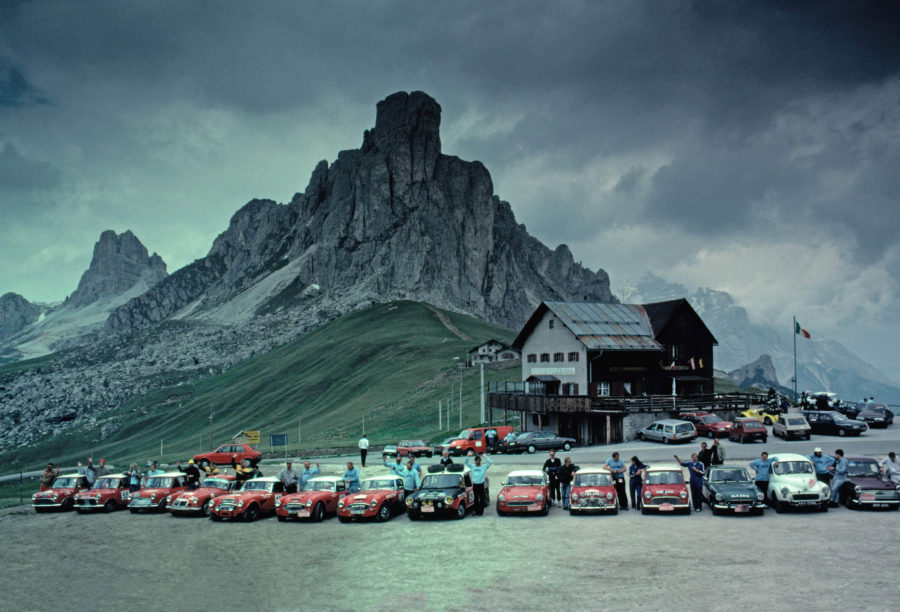 The third day of competition gave crews the chance to experience some of the legendary hairpins that Europe has to offer in the area of Col du Mont Cenis before arriving for lunch and some competition at Pirelli’s Vizzola Ticino Test Track. For the third test running it was Atkins and Lyall in the ‘64 AC Cobra that would claim victory here. The following run into Monza for the overnight halt was only 35 miles and the traffic in the city would, as predicted, be a nightmare!

Wednesday morning consisted of a good thrash around Monza circuit and it was again that number five car of Atkins and Lyall that would emerge victorious. From Monza, crews would pass Bergamo and Lago d’Iseo before arriving back in the mountains along the Passo Croce Domini and then meander their way down to Lake Garda, and onto the Pordoi and Falzarego Passes before finishing in Cortina d’Ampezzo. The next day, there were two Special Tests in and around Cortina – the first, a simple Autotest where the Powleys and their Porsche took the top spot, while the second was an 8.5 Km hillclimb up the Passo Giau where it was once again the Cobra that blasted up the hill to post the fastest time by an impressive 17 seconds. 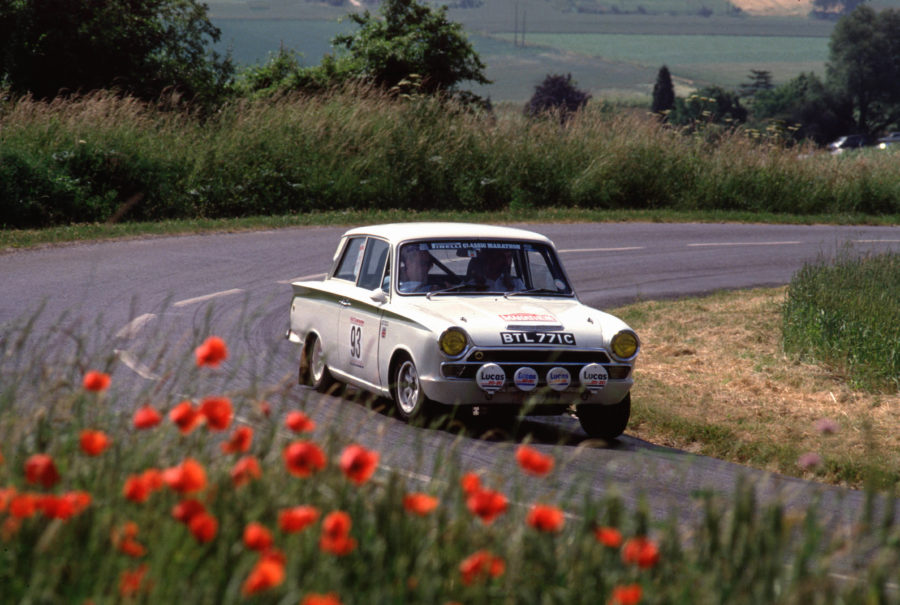 Turning back for home on the sixth day of the event, competitors enjoyed what is considered to be one of the best passes in the world – The Stelvio. Here crews would have to dodge the occasional bicycle but would push their cars to the limits as they climbed the series of 48 hairpins to the summit and then on across Switzerland to finish the day at the world famous Schlumpf Collection in Mulhouse.

Ever onwards, the next day saw crews leave France and enter Belgium en route to Spa Francorchamps where there was a Special Test on the service roads and part of the circuit above Eau Rouge. Once again it was the Cobra of Atkins and Lyall that would post the fastest time here, five seconds ahead of the second placed Healey of Chatham and Bartram. 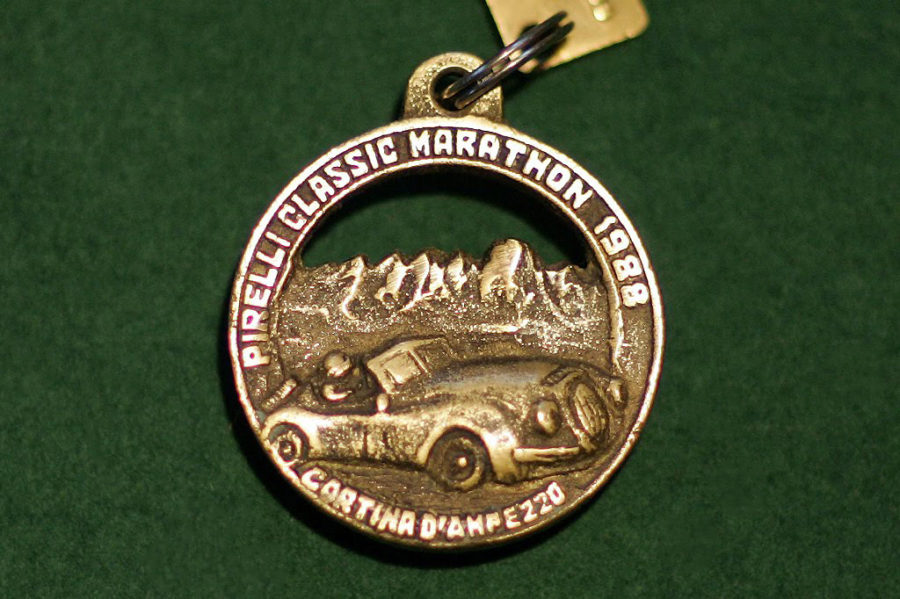 With the majority of the Marathon mileage now covered, it was time for the crews to take a break and climb aboard the ferry for the nine-hour crossing from Vlissingen to Sheerness. Before crossing the finish line in Pall Mall, competitors tackled a final Slalom Test in the grounds of Crystal Palace, once again conquered by Atkins and Lyall in the Cobra with the Powleys in the Porsche just one second behind.

In total there were 86 finishers from the 95 starters and after putting in an outstanding performance throughout, the winners of the first Pirelli Classic Marathon were the pairing of John Atkins and Rob Lyall in the 1964 Cobra (Car 5) posting an impressive 17:57 in penalties. Second place was taken by John Chatham and Ken Bartram (Car 6) in the 1966 Austin Healey 3000 with a time of 18:36, and third place was claimed by Luca Grandori and Tonio Tognana (Car 35) in their 1965 Alfa Romeo Giulia GTA on 19:18. 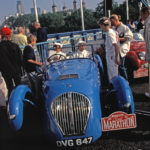 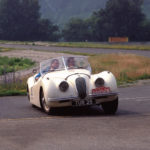 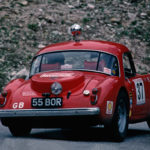 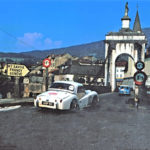 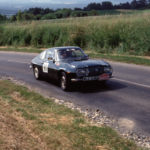 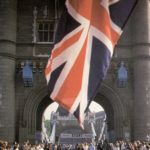