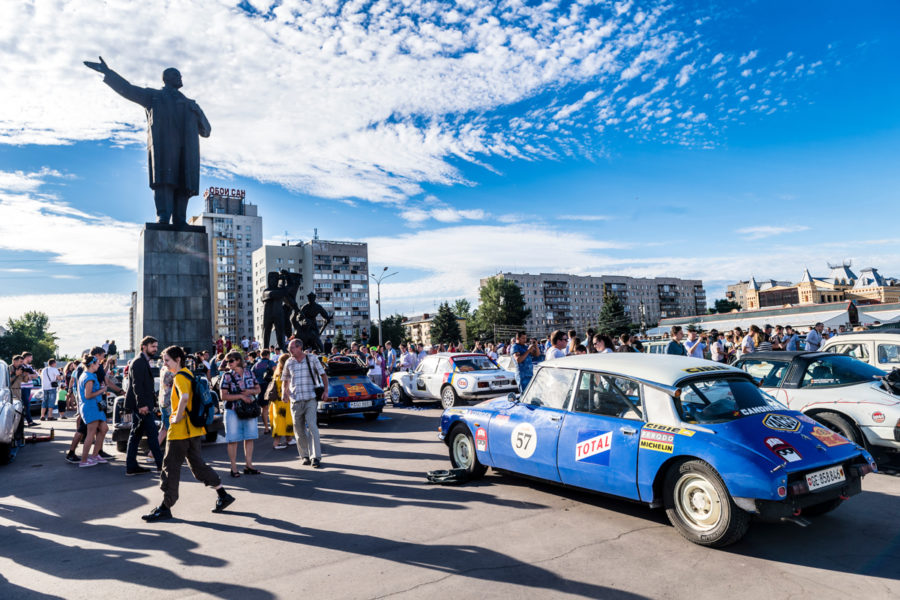 When the teams finally complete their 8500-mile (13,700 km) adventure and have some time to reflect upon all they have achieved, the transit sections that have taken place through Russia this past week will be in direct contrast to the wild driving, but altogether slower progress experienced in Mongolia.

In the past week the teams have covered a massive 1800 miles (2900 km), serious progress in anyone’s book, but to push on and travel that kind of distance in classic and vintage cars, particularly after the punishment they have already been put through is a phenomenal achievement.

One of the big stories of the week was the return of Johan Gitsels and Walter Op’ t Roodt in their Porsche 911T, after seemingly being put out of the rally way back in early stages of the adventure, through sheer grit and determination this pair are back are back with us, surely embodying the spirit of the Peking to Paris like no other.

Another crew that have achieved much already on this rally are the pairing of Mitch Gross and Christopher Rolph, chugging along steadily for the entire way in their 1910 White Pullman Steam Car. Mitch has always been most concerned about the busier roads and longer transit sections, speaking before the rally he told us:

‘The car doesn’t like running at high RPM for an extended period of time, so we will have a few long days behind the wheel covering the extra mileage asked of us in Europe’.

So far so good though for the team travelling in less than conventional style, and should they make it to Paris then surely the record books will need to be altered under the heading of “Longest Distance Covered by a Steam Car”.

Today will see the cars cross into Finland and the finish at Place Vendome in Paris will seem closer than ever. Do not be fooled though, as the rally still has nine days straight running ahead of it, through seven different countries and many more miles before the champagne can be uncorked for those that make it. There will be many more stories written before then.

For more information about the 2019 Peking to Paris Motor Challenge, or to enquire about the use of materials for features and coverage please contact ERA Communications Director, Tony Jardine: