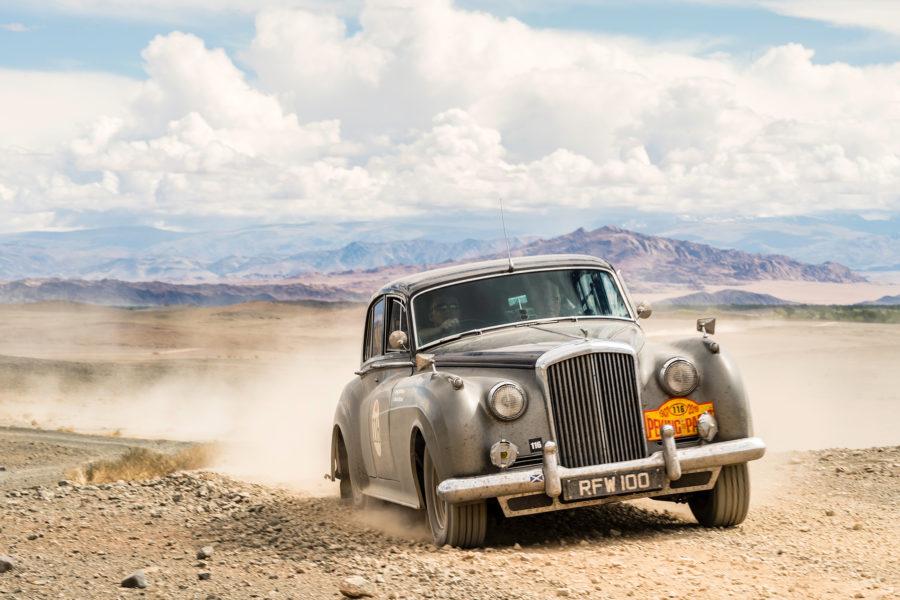 – General route revealed, with a sting in the tail!

The 2022 Peking to Paris Motor Challenge will begin on Saturday 28th May 2022, under the shadow of the Great Wall of China reaching its terminus in Paris on the 3rd July. This will be the 8th incarnation of the event, faithful to it’s legacy, as it’s global reputation continues to grow. Across 37 days, one more than the 2019 edition, the two person crews and their classic and vintage machinery will battle the terrain, elements and their own powers of endurance to reach the finish, undertaking one of the last true adventures available in an ever-shrinking world.

Organisers aim to add more exciting competition sections with navigational challenges true to the events tradition, culminating in a final route section that could prove to be a sting in the tail for some weary teams.

The Peking to Paris is a truly international affair, with entries expected from across the globe including the US, China, Russia, Australia and all of Europe, competing across the world’s largest landmass in a wonderful spirit of international cooperation. 2022 will, in the very greatest spirit of this event, challenge and reward those who receive confirmed entries and build upon a successful 7th edition in 2019. Records broken were broken then, the completion of a Hat-trick of wins for Australian Gerry Crown. Anton Gonnissen rewriting history by finishing the event on a pioneer trike 112 years after Auguste Pons failed to finish in 1907 and Mitch Gross breaking the distance record for a Veteran steam driven 1910 White Pullman car. Entries for 2022 open today, but with 700 expressions of interest already, the 110 spaces will likely fill up fast!

Honouring the Pioneers – A True Endurance Challenge in Every Sense

The wheel cannot be reinvented, but it can be trued, renewed and re-cast. The 2022 edition of the Peking to Paris Motor Challenge will see the reinvigoration, rather than reinvention of one the world’s premiere endurance motoring events. The transit sections of the 2019 event that gained necessary ground after Russia but reduced the action, have been cast aside in favour of a route that takes in much a more open, adventurous last section for 2022. Route coordinator and deputy clerk of the course, Chris Elkins, who has been involved in all but one of the modern incarnations of the Peking to Paris, has devised the route which ultimately depends on granted permissions for approval, shared his thoughts;

“Our aim is to provide a tough and challenging event throughout the 37 days and also take in some new territory. The winning cars and crews will surely be tested to the limit, it is an endurance rally after all. However if your aim is simply to make it to Paris, participants can be confident that our organisation will provide excellent logistical, medical and mechanical support to help you rise to the challenge.”

More time will be spent in Mongolia. A favourite amongst the competitors and those watching at home and one of the loneliest and remote territories on the planet, the country will host the rally for more days than in previous editions. The rally will also spend more time travelling through the vast landscape of Kazakhstan, travelling the width of the country in a giant loop to the north of the Caspian sea before the transition from Asia into Europe, via the Caucasus Mountains and the Olympic city of Sochi, now home to the Russian Grand Prix.

Europe has often seen the rallying give way to concentration runs, with the better infrastructure paling in difficulty compared to the roads that have come before in Asia. This time though the route planners are determined to add a sting in the tail, with much more challenging routes as the crews that remain travel up through Turkey, Bulgaria and Greece, up through Italy and across the Alps into France. Many important historical sites will corridor the route, a fitting guard of honour for those still in the running, striving for their own place in history amongst the very few who have gone before. More recent motoring history will be considered as well, as the route plans to take in some of Italy’s most famous racing circuits, which have become and will always be part of motoring history, just like the Peking to Paris Motor Challenge.

As if the extra days travelling across the vast wildernesses of Asia weren’t challenge enough, the 2022 edition of the Peking to Paris will have more exciting regularities to rekindle the direction-finding difficulties that would have been experienced by the original 1907 pioneers. The technology available at the tips of our fingers these days has made the world a far smaller place, but the class of 2022 will find out just how big it really is. As Gerry Crown, winner in 2019, remarked “The 2019 event was tough, and that’s exactly how it should be.” Guy Woodcock, HERO ERA Competition Director and clerk of the course for the 2022 event offered these words on the increased competitive element: “ This will be the 25th anniversary of Philip Young’s first reincarnation (run in 1997) of this event which will see crews being challenged once again to endure the highs and lows of a route taking in the Mongolian desert. They will also face challenges in other countries the event traverses with the emphasis on endurance as well as giving the crews the chance to enjoy some tests at iconic locations along the route.”

Rules and Regulations and Preparation

For the 2022 edition the regulations will be a lot clearer, particularly with regards to tyre specifications and suspension. All of the information will be in the regulation guides, but HERO/ERA plans to be running a series of car preparation workshops and pre-event briefings for new competitors and seasoned campaigners alike. For those who would like help and advice in ensuring that their machine is in fighting trim come the day of the start, this should be of great assistance. There will also be suggestions for potential warm-up events. Even the best prepared cars can succumb to mechanical mishaps on the tough roads of Asia, so the time spent learning every inch of one’s motor car beforehand, may well prove more than useful out in the wilderness as well. Phil Mills, formerly a World Champion co-driver alongside Petter Solberg in 2003 who now runs a successful preparation company Viking Motorsport, is hoping to gain entry for a customer car on the 2022 event thinks this is “a great idea”.

The Peking to Paris Motor Challenge 2022 is shaping up to be one of the all-time classics, with a route more than worthy of carrying the famous title. It is so much more than a rally though, with unrivalled sights and scenery, a spirit of international camaraderie that is rarely seen, interaction with local people and businesses across the route and spreading the word of the historic car movement across the globe, the ambassadorial effect of the event cannot be underestimated. Of the event, HERO ERA chairman, Tomas de Vargas Machuca, had this to say:

“The Peking to Paris is the most comprehensive event in the rally calendar, it cannot be replicated. In terms of the sheer amount of ground covered, across the world’s biggest land mass it is unrivalled, taking in a greater variety of cultures, scenery, conditions and ultimate driving. For those with a competitive edge, it has a fabulous competition element and for those that wish to have a supreme adventure it is a way to see the world in a classic car quite unlike any other. We have a responsibility to ensure that this event survives, to protect it’s historical legacy and the genius of Philip Young, who revived the event in the modern era.”

As plans come to fruition a true modern adventure is likely to unfold.

The 2022 Peking to Paris Motor Challenge should prove to be a captivating, inspiring and exciting adventure. Media requiring information, or to ask about the use of materials for features and coverage please contact: