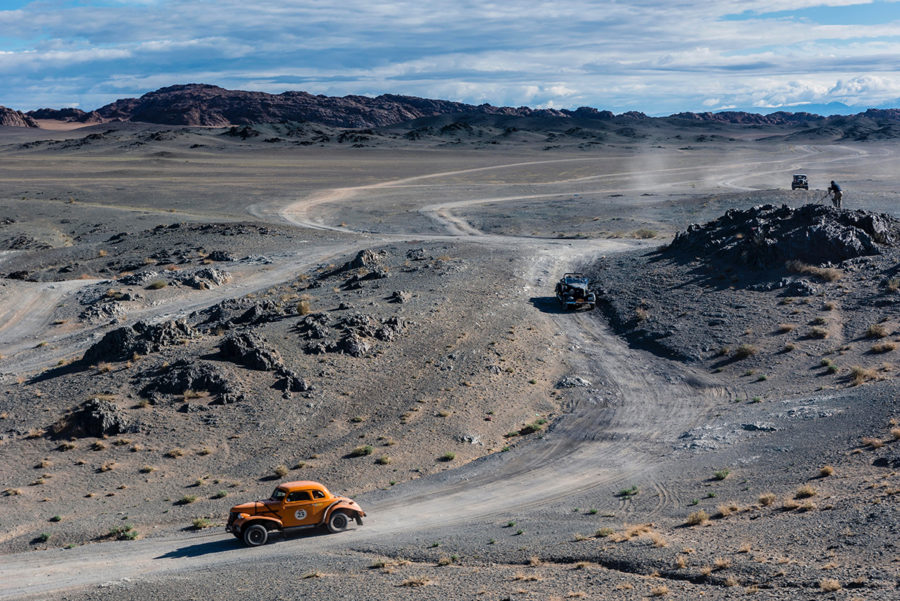 The first ever Peking to Paris took place in 1907. It came about through a challenge published in the Paris newspaper Le Matin on 31 January 1907, which read:

The race (as it was then) began from the French embassy in Peking on 10 June 1907. There were forty entrants, but only five teams actually managed to get to the start.

The second place went to Charles Goddard driving a Spyker, whilst a pair of French De Dions finished third and fourth.

The fifth car, a three wheel Contal Cyclecar which had also started from Peking, became stuck in the Gobi Desert and was never recovered. August Pons, the driver, was lucky to escape with his life after being found delirious with thirst.

The ‘modern incarnation’ of Peking to Paris was founded by Philip Young and the Endurance Rally Association in 1997 and the 2019 edition is now the 7th running of the event as in 2007 it became a triennial fixture.

For this year’s edition,103 cars have entered, with a total of 216 competitors who represent 18 different nationalities.

They and their cars will be on the road for 36 days and, over the course of this they’ll see 11 different countries in 8,500 miles. Within the filed there is also a Contal Cyclecar, whose crew is hoping to become the first to get such a three wheeler over the finish line and to finish what Pons had started 112 years previously.

There’s another crew hoping to chalk up their own first by bringing a petrol powered steam car, a White MM Pullman, to the event.

Whatever the competitors drive though, getting any old car half way across the world is no mean feat and, by the time they roll into Paris, every single one of them will be bona fide heroes and will have plenty to talk about.

The Peking to Paris Motor Challenge will be flagged away from the Great Wall of China on the 2nd June with great ceremony and, almost immediately the action starts. A hillclimb, the first of its sort on this event has been set to the settle the nerves and get an early leader board established.

There’s an old adage that it’s easy to lose the rally in Mongolia but is difficult to win it there.

The vast wastes of the Gobi Desert will once again doubtless prove to be the crucible of the event. There will be hundreds of miles of unmade roads and tracks to negotiate where pinpoint navigation and mechanical reliability will be the keys to success. In years gone by Borghese et al, closely followed the lines of telegraph poles which marked the route between the towns. Latterly though it is a GPS unit and a richly detailed route book which will ensure that the crews are kept on the straight and narrow.

Additionally, with little infrastructure outside of the capital of Ulaan Bataar, the Rally will be bedding down at pre arranged campsites all the way through Mongolia, to the chilly and remote border with Russia. It’s in these remote tented camps that both man and machine will be tested to the limit.

Gerry Crown knows this only too well. The evergreen Australian is a Peking to Paris legend and this year, he will be the only competitor to have taken part in every modern edition right from 1997. Also, along with the ever popular Matt Bryson, he has taken the top spot in two of them and, as there are no other past winners on the entry list the odds must surely fancy a third for them and their venerable Leyland P76.

Whoever makes it through the Gobi in good shape however, has a sporting chance of grabbing the Champagne on Place Vendome. The route from Russia onwards will feature a mix of long endurance sections with challenging time controls, there will be visits to motor racing circuits and some testing off road sections thrown in for good measure. Over the course of the six weeks we expect to see many changes to the leaderboard but, in true Darwinian fashion it will be the fittest who survive.

If the mood at the start, half a world away in China was one of nervous anticipation, then the mood at the finish, on the iconic Place Vendome, will be almost certainly one of jubilant release and hopefully, for the majority of the crews they’ll be able to reflect on a  job well done and enjoy the well deserved prize giving dinner.