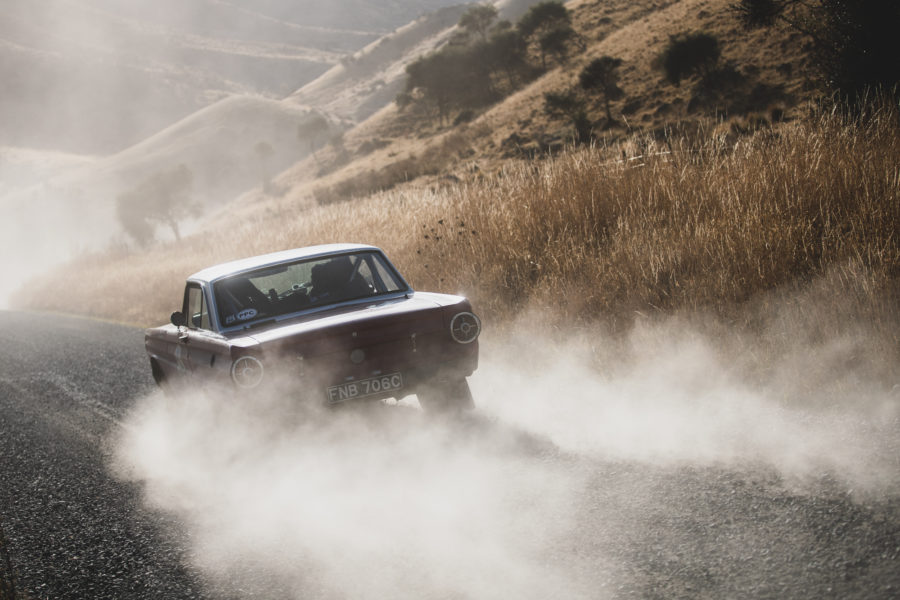 Ferry ride through the Fjords

Route change due to road closures

Yesterday the entire New Zealand Classic fleet of rally cars, crews and support vehicles gathered at Wellington Ferry Terminal to take the three and a half hour ferry trip across the notoriously rough and windy Cook Straight to the South Island. Except it was as calm as millpond with blue skies and a blazing sun that heated the decks and passengers almost to a crisp. Shade, hats and sun cream were sought.

As the ferry entered South Island territory, passengers gathered on deck were suddenly surrounded by gorges and the Arapawa Island with steep lush forest dropping right to the waters edge. The tableaux formed a narrow blue watery corridor that the skipper of the ferry had to swing the ship through on it’s way to Picton Harbour. Many remarked on the beauty, most felt it was akin to sailing though the Norwegian Fjords such was the splendour.

The overnight halt at Blenheim became a mechanical car surgery for the vintage brigade. The Owen’s Jaguar SS 100 was enjoying ignition treatment after an emergency operation to fit four new tyres in Wellington before the boat sailed. With the help of the mechanical assistance crews, Martin Hunt was trying to fit new bushes sent from the UK to the front end of his Bentley whilst Bill Holroyd was trying to cure a radiator leak on his Bentley before he reached for the radweld, which he said would be the ‘last resort’.

Meanwhile the organising team received notice of a major road closure for day 12. George Mullins, Deputy Clerk of the Course explained; “Molesworth tracks which was going to be a real highlight of the day across remote gravel roads and stunning scenery had to cancelled due to fire risk, everywhere is so dry. The roads were not just closed to rally traffic but all traffic. The reroute provided some compensation along the southern coast with lots of great views across the South Pacific. Clerk of the Course Mark Appleton Mark came over on the early ferry yesterday morning to sort out a new second regularity, which was all organized and ready for competitors today.”

Both regularities were of a high demanding, standard. They snaked through the hills which were covered variously in deep foliage to thick pine forest. As the cars broke out of the trees across Taylors Pass, there were simply magnificent view across the hills with mountains as the backdrop. The heat and dust produced quite a haze on this hothouse road that required both crew to concentrate hard.

Anne Gillis, navigator Porsche 911 Targa, 1st O/A; “I had no problems with the reroute and the new regularity, we got zero, and a one so all good! You saw me doing a lot of work on my road book as I am more focusing on where I have to stay awake, not to miss a left or right turn that is my biggest problem as there is such great scenery outside I’m looking around too much. So I’m highlighting those points even it’s 15 kms to go to the turn, I will count down with Filip to 10 to 5 kms otherwise I know I will forget or get distracted.”

Mark Bramall navigator Peugeot 504 Ti, 4th O/A; “the first regularity was the worst one, a timing point was just around a corner, not good, we got an 11, but we will keep trying.”

Bill Holroyd driver Bentley 4 ½ Litre, 18th O/A, 3rd vintage class; “The radiator is still leaking but not too badly, we have plenty of water with us. On the Peking to Paris one of the Bentleys with a leaking radiator was having to put in almost 50 litres per day! We are not that bad, we are OK, our engine is running well.”

New Zealander Mike Donald who takes part in HERO and ERA events when he can, has a couple of his cars here in NZ whilst he keeps a classic BMW 2002 Ti in the UK to take on European events as he did in the London to Lisbon last year. He came to the rescue of Peter and Louise Morton when the engine on their Porsche 912 expired earlier in this event and rented them his NZ BMW 2002 Ti. More than that he has now stepped up to marshalling duties as sadly one of the team had to return to the UK for the funeral of a relative.

Mike set up a time control this morning with another professional draftee marshal, Roberta Rastrelli who is normally on HERO events as creative photographer taking her wonderful pictures. She was in New Zealand on holiday, taking the chance to see her brother who is working here, but was asked to help out and officiate.  It is fascinating to see her in action at the time controls, pen in one hand taking times, camera in the other taking shots, she cannot resist!

Mike Donald had just set up shop for their first regularity control this morning when some local farmers approached them; Mike, “They were trying to apprehend us, they thought from where we were parked it looked like we were trying to steal some sheep! I assured them we were looking for rally cars not sheep!”

One of the by products of the re route was that it took crews past the most unlikely setting for a racing car design and production facility, Rodin Cars, right in the wilds of South Island at Wardle Downs, in the shadow of Mount Lyford. Billionaire founder and designer of the impressive new single seater open wheeled racing car, David Dicker said; “ The Rodin FZED delivers a Grand Prix driving experience.” This ambitious project is already being marketed in Europe with the new project, the FZERO on it’s way which will have a 4 litre V10 installed. The engine is nearing completion at the plant. Teams will have driven past the manicured test track edges, as it runs parallel with the main road at one point and wondered just what it was for! The track is one of three loops of circuit built to test their products.

Meanwhile it was back to earth as crews arrived in the main thermal resort of the South Island, Hanmer Springs. Outside the hotel sat an immaculate Turner sports car, a rare sight event in this classic car loving country. The Alpine Pacific Triangle will surely throw up more surprises as the days unfold. 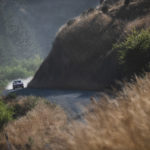 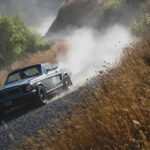 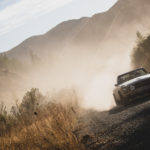 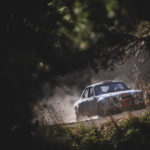 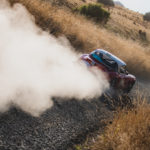 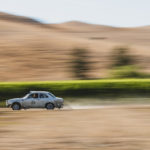