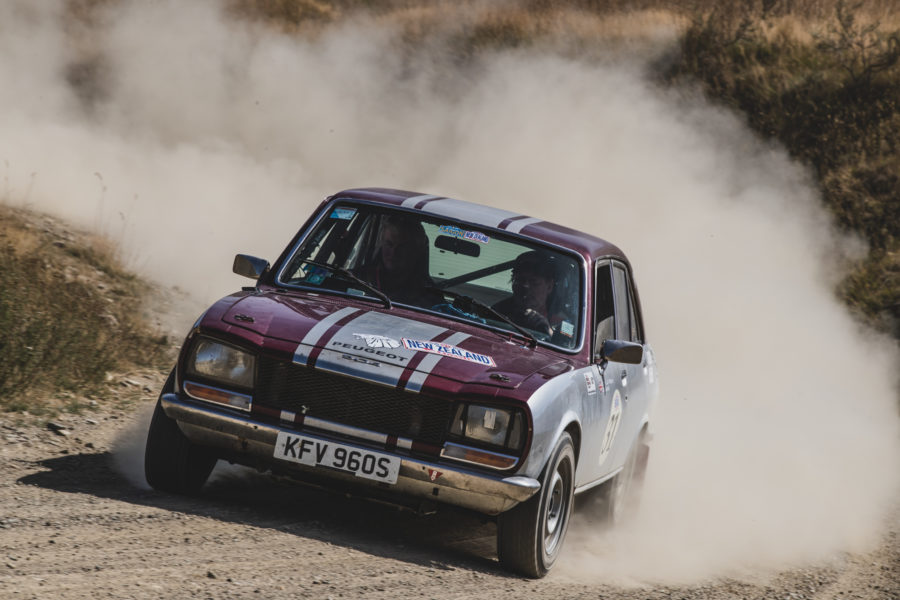 Rally leaders Ann Gillis and Filip Engelen cut it fine for the start of Day 16 when Filip decided he would take a helicopter flight up to Fox Glacier half an hour before the New Zealand Classic was due to start this morning at 0830.  Following the previous day’s flight cancellation due to low cloud over the mountains, Filip decided to take the risk; Filip, “I trusted the organization when they said they would get me back before half past eight to make our start time of 0848. Ann decided to stay back and get our time card clocked in just in case we were delayed, but we weren’t. The helicopter was on the button, and what an incredible experience, we landed on the glacier, I got to walk over it, the views and feeling of the ice age up there were worth the risk”. Rival Sherif Hwaidak in the second place Porsche Carrera had kindly offered to look after the time card for the leaders, in a friendly way of course.

Sherif Hwaidak and Jack Harashchenko’s challenge literally took a dive last night as the pair together with brother Amin Hwaidak and the navigator of his Mustang Jens Jarzombec, decided to go sky diving over the Southern Alps. Flying at 16,500 feet the fearless four were in tandem with experienced sky divers who took them on freefall for 65 seconds. Sherif; “ The first part was terrifying, they literally throw you out of the plane but once you get over the shock the sensation takes over, it was incredible. You can imagine the sights from up there, and the thrill!”

After today’s competition Sherif and Jack have reduced the gap to the leaders to 20 seconds. The hard earned 20 second gap that Adrian Hodgson and Mark Bramall had cut to Mike and Lorna Harrison’s Volvo PV544 in third place was kept in place, but only just. Adrian explained, “We were experiencing low oil pressure, then the engine cut out, but we managed to get to the time control, and then we were grateful to get help from the technical assistance crews. They found that the new oil filter fitted after the repairs and oil change in Nelson the other night had the one way valve fitted the wrong way so oil hadn’t been getting through at all! They switched the pipes over and it has run OK since – we are keeping our fingers crossed.”

Today’s transport section past the glaciers and mountains of the Southern Alps was stunning. With clear blue skies and temperatures rising, crews stopped to visit waterfalls cascading down the rocks, looked on in awe at the snow capped mountains beyond the blue waters of the big lakes of Wanaka and Hawea as time was built in for teams to soak up some of the wonders of New Zealand.

After a time control in Wanaka, the rally route passed Wanaka Airport, the ‘Warbirds over Wanaka’ museum was sadly closed on a Sunday but old war planes on plinths and a US Sherif’s car on a stand at the edge of the road were samples of the quirky corner of the airport that could be seen.

Pushing on towards Cromwell, a regularity of 18 kms over the ‘Jolly Road’ became quite a challenge towards the last uphill section. Fast and dusty over gravel, the twisty uphill meant crews were pushing hard to stay on time, quite a few fell sort, especially the Bentleys and Jaguar SS100.

Cromwell, named after the ‘Parliamentarian’ who became the leader the government in England after deposing the monarchy, was originally a ‘Gold Rush’ town until the bright stuff ran out in the 1920’s. Latterly it developed into a fruit farm area and recently it has become famous for motorsport as well as fruit growing.

Tony Quinn, originally from Scotland, developed the Highland Motorsport Centre in Cromwell after agreeing terms with four NZ motor sport luminaries who found the land and pushed hard for planning permission for a race track which was eventually granted. An Innovation centre set amongst superb apartment dwellings lies to one side of the track which forms part of an overall impressive tourist facility.

The rally visited the track so they could run two laps each behind the pace car. Racing driver and Chief Instructor Andrew Waite briefed the crews, with more than 50,000 laps of the track under his belt, he was the right person to lead them around.

The 4.1 km track has every kind of bend including a very long 180 degree corner that takes it out of the tyres. One of only two tracks in the world to have an over and under bridge included in the layout (the other being Suzuka), inspiration has been drawn from the Nurburgring, Phillip Island and Watkins Glen in the track layout, the crews sampled the very best track in New Zealand. Once they had been through the motorsport museum which housed an amazing array of cars, including Michael Schumacher’s Benetton, teams knew they had experienced a word class facility. Favourite of many was an absolutely pristine, original Lotus Cortina.

Nigel Woof, TR4; “ It was much faster than you thought, I went past the Jaguar SS100 then I thought I’ll go past Martin Hunt’s Bentley but I couldn’t get anywhere near him, he’s a good racing driver as well as a rally driver.”

Peter Gordon, MGB GT; Peter; “That was great, I really enjoyed it. I couldn’t help but get a little slide on at the hairpin as we were all just trying to learn the track.”

Anthony Verloop, Mercedes Benz 280 SE. ” This was enjoyable, a very nice track but very complicated! Definitely a good track although the Mercedes was not too fast, I had all the luggage in there plus a passenger”.

Brian Shields, Ford Mustang. “What a wonderful track, John and I loved it, the Mustang went well and it was really good fun. A couple more runs and I was going to put my slicks on!”

Julia Kirkham and Ed Charlesworth, Austin Healey 3000 Mk111, Julia; “ Wow, I had a great ride as I was in the Porsche Pace Car with Andrew Waite! You asked me what happened yesterday when we missed a turn on the first regularity and had to reverse, that was you two distracting Ed with your cameras! The regularity today went much better! We caught Collette and Stephen in the Jaguar as they were really struggling to keep up the speed on the uphill twists, I thought we’re not supposed to be doing this, we’re going too fast, but we had seconds in the bank and it paid off!” 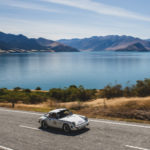 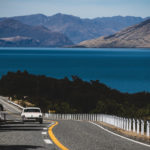 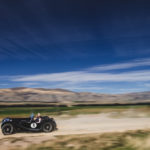