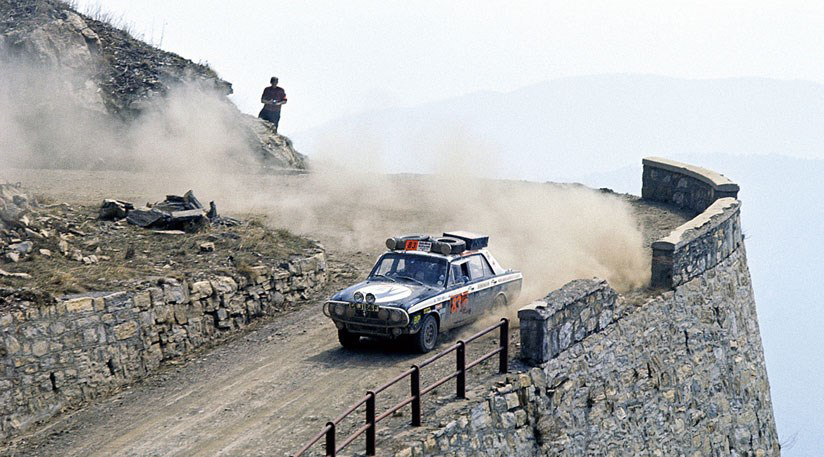 There is a subsect of society for whom the day to day nine- ‘til-five, two-point-four children is not enough. They have an itch that cannot be scratched by the usual extra-curricular activities; squash on a Tuesday, swimming Thursday, golf on a Sunday, none of these will do. This person cannot be placed into a mould, or identified by appearance, affluence or gender, but all can be identified under the same title; The Adventurer.

Of course, The Adventurer appears in many forms, some scale mountains, some cycle or hike enormous distances and some clamber into automobiles and drive through the wildlands of this world in the pursuit of endurance rallying. This is of course the part of the sect that some of us occupy, and whilst there are not many true wild places left in our ever more connected world, you can still find them. Ask The Adventurer to point to places on a globe that ignite their passion for getting lost and they would no doubt identify to South America, and whilst they may also direct a nod to the vast lands of the east, one could argue that with the thousands of backpackers that trot off to Asia each year to find themselves, the world’s largest landmass is now firmly ensconced within the tourist trade. South America though, to my mind at least, still feels somewhat untamed. It may be the huge body of water between us and the continent, but with a population density of 25 per Km2 and 85% of that population stacked up in cities, the countryside still feels remote, isolated, dare I say dangerous.

So, with the belated Lima to Cape Horn Rally due to take place later this year, a lucky few of us will have our appetite for remote adventure rallying satiated (fingers crossed!) But we will not be the first, although the caravan of pre-77 machines that take on this mammoth month-long adventure will somewhat resemble those that pioneered a South American rally. That took place in 1970, with the London to Mexico World Cup Rally, and last year passed its fiftieth anniversary, although I imagine for many it doesn’t feel like that long ago! The LM was the first of the World Cup rallies and part of a glorious decade of marathon rallies that took competition all across the globe.

Wylton Dickson is the man whom we must thank for the madcap idea of driving from London to Mexico, as well as Paddy Hopkirk, who, after meeting Dickson at a drinks party, introduced the idea of rallying to a man who at that stage had no experience or knowledge of the sport. At that stage Dickson was in the advertising game, and the Aussie had come up with 1966 World Cup mascot, World Cup Willie. Hopkirk had used the London to Sydney Marathon as an example of what a rally was and Dickson was inspired, and continuing with the World Cup theme, concocted the idea of driving from the ’66 World Cup host city of London, to the event’s subsequent 1970 home of Mexico, along a 16,000-mile route through 19 countries. The European warm up leg would take place over a week, before a boat would ferry competitors across the Atlantic from Lisbon to Rio de Janeiro, where the proper adventure would begin. The rally traversed Brazil, Uruguay, Argentina, Chile, Bolivia, Peru, Columbia, Panama, Costa Rica and finally Mexico. But not before another boat crossing was thrown in for good measure to allow the caravan of cars to get past the (still) impassable Darian Gap. 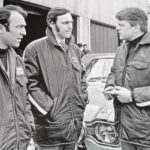 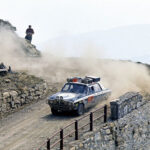 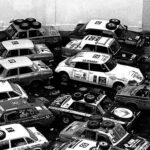 It is a mind-boggling route, that, with its greater distance and ocean crossing cavalcade is somewhat incomprehensible these days. Coupled with the vast milage were a large number of special stages, that often tipped the odometer over the 500-mile mark, an escapade that perhaps even puts the mighty Peking to Paris Motor Challenge into context? Of course, in truth they are incomparable, P2P has of course its history and stands alone because of it, not to mention the implausibility of a London to Mexico repeat due to the vast finances involved. Finances were an issue in 1970 as well, but the world was a different place and the pecuniary path would be paved by the gold of Fleet Street, although this gold would have a tinge of red as the Daily Mirror would stump up the cash to make Dickson’s event a reality.

106 entrants from 22 countries would take to the start on the 19th of April. The venue of their departure would be Wembley Stadium of course, with Bobby Moore on hand to dig up a sod of the hallowed turf, which would be planted at the finish at the Mexico City stadium. The money of The Mirror would be used to good effect with a lavish send off, with performances from rock stars providing added theatre to the titanic venue. It’s hard to imagine anything of the sort these days, in an age where a tinny and short rendition of the national anthem and the waving of a flag is accepted as a good do!

But, back to the serious business of rallying and there was a great list of entrants including Roger Clark, Paddy Hopkirk, Ireland’s Rosemary Smith and Finns Timo Makinen and Hannu Mikkola to name but a few. The winner of the aforementioned London to Sydney, Andrew Cowan, was also involved, as well as the great Argentine Gaston Perkins and, to round up the football theme, England favourite Jimmy Greaves would also line up amongst the professionals, finishing strongly in a superb sixth place. Fortune would not smile so willingly on another high-profile entrant; HRH Prince Michael of Kent would fail to finish. The cars too were wide and varied, from Beetles to Rolls Royce, BMW to Trident, as well as Escorts, 911’s and Cortina’s aplenty, many cautiously modified road going versions to ensure longevity and reliability on the arduous and lengthy route.

Amongst the crews were an all female team of Bron Burrell, Tina Kerridge-Reynolds and Tish Ozanne who originally owned their Austin Maxi which they quickly named ‘Puff the Magic Wagon.’ Bron had received driving tuition from Jim Clark and the crew were even offered guns to protect themselves but declined. After many adventures the team finally ended their rally in an Argentine ditch but such was the experience that Bron and Tina found each other and ‘Puff’ again 50 years later and are still aiming to drive the event all over again if the revamped classic takes place.

The rally reached its terminus on the 27th May and the winners were the Daily Telegraph sponsored team of Hannu Mikkola and Gunnar Palm, in a Ford Escort 1850 GT Mk 1. They had amassed 9 hours and seven minutes of time penalties across the route, handed down for finishing the events special stages faster than the allotted time and for other breaches of regulations. Brian Culcheth and Johnstone Syer finished in second, with Rauno Aaltonen and Henry Liddon in third place.

A glance down the list of the top ten also reveals an interesting sub-plot that had played out during the build up to the rally, with many of the top finishers receiving backing from the titans of the British print press. Whilst the Mirror may have grabbed the limelight as the headline sponsors, the other titles had gone through the backdoor and gone into cahoots with those that they saw as the top teams, therefore guaranteeing themselves exclusive rights to the stories of the winners. So, whilst the Mirror had expunged an extortionate amount of money on the rally (rumours of a figure somewhere around the million mark), they missed out on the reporting exclusives of the those first across the line. An amusing caveat and insight into the cutthroat world of Fleet Street in the seventies, and perhaps an insight into the future of sponsorship for top level sport.

The realities of big business aside though, this was an event that should still be considered one of the greatest endurance rallies ever to have been held. The world has become a much smaller place since it was conceived, but a rally of this scale may in fact be harder to organise these days than when borders seemed much further apart. The location for the majority of its running though is still just as exciting a prospect for the adventure rally enthusiast, and the upcoming Lima to Cape Horn event provokes a carnal spirit of adventure within any of us that have ever stared into the distance and wondered just what might be over the horizon. The glorious decade of Marathon Rallies may be further behind us than ever, but their spirit very much lives on. 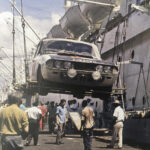 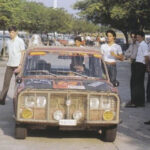 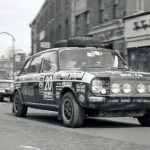 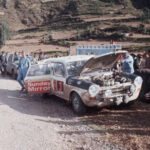 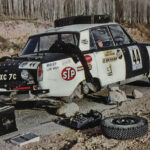 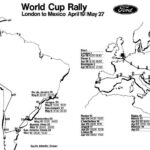 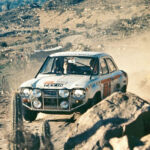 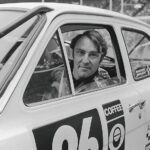